Top court rules again that EU laws may not require general and indiscriminate data retention, but then muddies the privacy waters

National governments in the EU are very keen for communication companies to store traffic and location data for all their users. They claim this is necessary to enable the authorities to fight terrorism and serious crime. Such information may be helpful in some cases, but it also entails a massive invasion of privacy for hundreds … END_OF_DOCUMENT_TOKEN_TO_BE_REPLACED

President Donald Trump has called (in a tweet) to “cut off” the internet following the September 15th London Tube bombing. The cited reason? Because it is a terrorist recruitment tool. The call to cut off internet access showcases President Trump’s utter lack of a handle on how the internet works – which is deeply troubling. … END_OF_DOCUMENT_TOKEN_TO_BE_REPLACED

Last week, the UK government confirmed plans to force Internet companies to undermine security by weakening or backdooring encryption. As Privacy News Online reported back in March, the UK’s Home Secretary (Interior Minister) Amber Rudd refused to rule out this move when she called for the “necessary hashtags” to be used. But what was just … END_OF_DOCUMENT_TOKEN_TO_BE_REPLACED

The contents of your internet history are more than enough to send you to jail in France. A French man has been sentenced to two years in jail for visiting terrorist websites. According to French sources, the 32-year-old man, whose name is not yet released, had been regularly visiting pro-ISIS websites for two years. On … END_OF_DOCUMENT_TOKEN_TO_BE_REPLACED 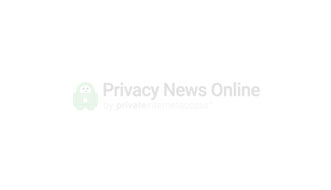 Under the pretext of fighting terrorism, groups in the European Parliament wants to give police the power to censor the Internet and even individual accounts with social media providers at will. This is not just a stark attempt to justify sharp reductions in liberty with the buzzword “terrorism”, it also flies in the face of … END_OF_DOCUMENT_TOKEN_TO_BE_REPLACED