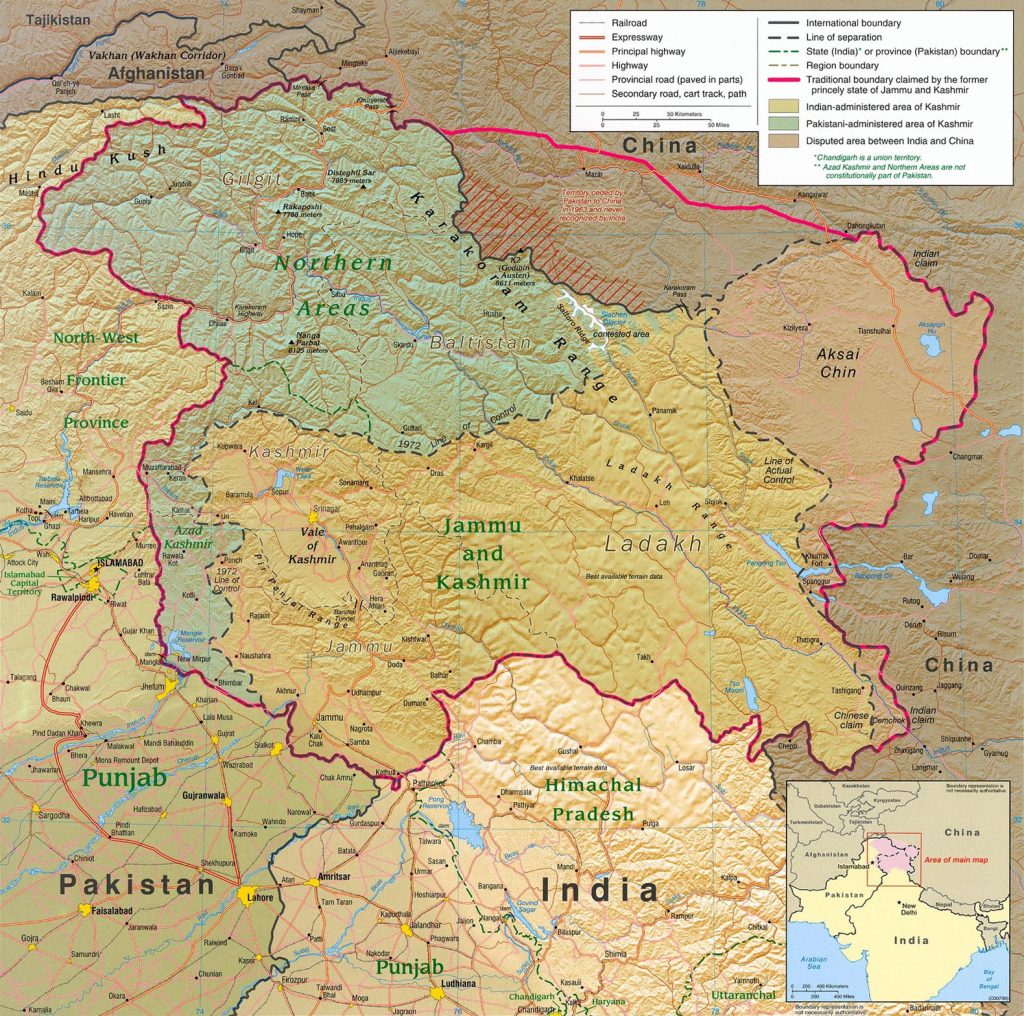 Starting on July 8th, the Indian government ordered ISPs and telecommunication companies to shut down Internet and mobile phone access in Jammu and Kashmir in response to the protests. The funeral of recently slain local rebel leader Burhan Muzaffar Wani prompted hundreds of thousands of Kashmir residents to gather, only to be dispersed violently. The reaction to the unrest was swift. The local Indian government raided Kashmir’s newspapers and confiscated printing presses in the middle of the night to start off a 3 day ban on printed media and Internet, which was then extended to weeks, and now the internet outages are still reported in certain areas in Jammu and Kashmir after over a month. The Internet is shut off to prevent effective communication between the protesters, who are largely youth.

This isn’t the first time that the Indian government has shut down open access to the Internet in Jammu and Kashmir. Prior to the most recent protests stemming from the death of Burhan Wani, the Kashmir region had already experienced over a dozen internet shortages. Sometimes the government only cuts the Internet while allowing mobile calls and texts to continue; other times, both are completely shut off. According to Indian news site The Wire, over the course of the last four years, the Indian government and Indian ISPs have grown bolder as media attention has dwindled, and have cut open access to the internet more than a dozen times. Now, Article 19 of the UN charter of human rights explicitly states that access to the Internet is a basic human right. Yesterday, The Indian Prime Minister addressed the Indian legislature about the Kashmir Unrest. He actually tweeted at Kashmir residents saying that the youth in Kashmir should be carrying laptops instead of stones. The responses speak for themselves.

@PMOIndia What is the use of laptop without Internet. Do we need to play games on it. #KashmirSiege #KashmirCrisis @narendramodi #Kashmir

How can you use a Laptop in #Kashmir when Internet blocked.

Blocking access to the Internet is a Human Rights violation

Neighboring Pakistan has issued a resolution on Kashmir condemning the (alleged) human rights violations in the Kashmir region and additionally have demanded that the UN send a fact finding mission to the area. India, in response, told Pakistan to stop “interfering in our internal matters.” UN Secretary General Ban Ki-Moon’s office called for both sides to use “maximum restraint,” though the warning seems to not have been heard. The use of pellet guns, instead of the slightly more humane rubber bullet, has resulted in the blinding of thousands of Kashmir residents.

It is worth noting that India was one of 17 countries that voted against the Article 19 update to include Open Internet Access as a basic human right.

When will Jammu and Kashmir have Internet access again?

Starting July 26th, mobile telephony was restored, but Internet access remained cut. The authorities announced that they were going to make a decision on restoring Internet in the next few days, but no word has come. Instead, more unrest and the additional death of more protesters weekly has re-escalated the tense situation and no end to the Kashmir unrest seems to be in sight.

This is a human rights violation, plain and simple. Access to the Internet needs to be open and private for everyone in the world. The UN has recently agreed, and we shall see if they actually walk the walk or if they simply talk the talk.

Internet and mobile services are still down after a month, strict curfew still in routine. Why is UN not doing anything? #Kashmir