Study: people will risk getting shot to replace everyday safety with privacy 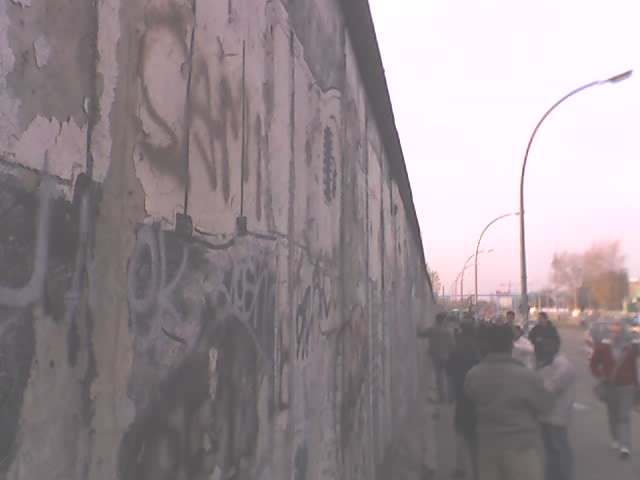 Once upon a time, a population with homogeneous culture and language was divided into two halves. One half got almost-perfect safety, full employment and living wages, while the other half got rampant terrorism, runaway unemployment, stark inequality, and decent privacy. People would risk their lives to move from the half with jobs and safety to the half with privacy and terrorism, even when the government with jobs and safety started murdering those who tried to move to the other half.

The problem with arguing about social values is that we rarely have a scientific basis for our opinions; all “what-if” scenarios have to stay as thought experiments. When we say that people probably prefer a society with rampant unemployment, terrorism, and privacy to one with near-perfect equality, safety, and living wages for all, it’s hard to justify the juxtaposition as fair and scientific, when people living in so different countries will typically be far enough apart on the globe to have wildly different cultures and preferences to begin with.

In scientific terms, we don’t have a fair control group to compare to.

What we need is a thought experiment where we take an existing country somewhere which is reasonably homogeneous and carries a decent living standard – say, a country like Japan, Canada, or Switzerland – and divide it straight across, into two parts named North Experimentia and South Experimentia. There isn’t actually a country like this, so we’ll have to settle for splitting the fictitious country of Experimentia here.

In North Experimentia, people get everything material they could want, all the things politicians have been talking about in every campaign for the last 100 years: full employment, living wages, near-perfect equality, and above all, safety from every conceivable evil. Everybody has literally more money than they know how to spend.

In contrast, in South Experimentia, there are carnage brutal terrorists (the organized kind that kill people at random, not peaceful protesters), the worst unemployment in 30 years, but they do have the one thing politicians have neglected the past century: privacy.

Given this division, and assuming people could move between North and South Experimentia, which way would the U-Hauls go? Most politicians (and frankly, most political people online) would assume people would move to guaranteed wages and safety, but they would be wrong.

We know they’re wrong because this country existed. We know people moved away from jobs and safety into privacy and terrorism, and did so in droves.

Even moreso, people didn’t just move away from safety and to privacy while they were allowed to. They continued doing so even after they would get shot for doing so if discovered.

This country was Germany, and it was divided into West Germany and East Germany, which carried these characteristics imposed on an otherwise homogeneous population. And even after the Berlin Wall was erected to slow the mass exodus, people would frequently get shot trying to move from East Germany into West Germany.

People want privacy over safety to the degree where they’re prepared to die for it. This is not just a study, it’s a historic fact. So why are our governments today doing the exact opposite, even as we celebrate the 25th year of ending this brutal experiment and reuniting Germany?

Now, it’s arguable that it wasn’t just the privacy and liberty that caused people to want to move from East Germany to West Germany. That argument doesn’t matter, as all other effects – material wealth, entrepreneurship, subcultures, music – were a result of having privacy in the first place. (Yes, even entrepreneurship: lacking privacy, you’re not allowed to deviate and do better.) Therefore, all the differences between these two halves come back to this simple observation: people will risk dying to trade their safety for privacy and other liberty.

Never believe a politician who says safety is preferable to privacy. Remember West and East Germany.