In the UK, running a blog over HTTPS is an act of terrorism, says Scotland Yard 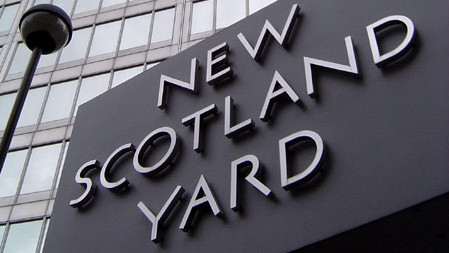 In a bizarre case, Scotland Yard is accusing a person for six separate acts of preparing terrorism. Those six acts include researching encryption, developing an “encrypted version” of his blog, and instructing others how to use encryption.

This is one of those cases where you do a double take. As reported by Ars Technica, UK’s Scotland Yard is charging a Cardiff person with preparing for terrorism – but the list of charges shows activities we associate with very ordinary precautionary privacy measures. “Developing an encrypted version of a blog” can be read as, and probably means, publishing it over HTTPS – such as this blog and many others, simply because it’s considered best practice.

He was also charged with having a flash drive in a cufflink with a bootable operating system, presumably Tails. Using open and free operating systems with the capacity for general-purpose encryption is now an act of terrorism?

UPDATE: Scotland Yard describes the case here in much more detail. The two charges discussed here are items 3 and 5:

Count 3: Preparation for terrorism. Between 31 December 2015 and 22 September 2016 [name redacted], with the intention of assisting another or others to commit acts of terrorism, engaged in conduct in preparation for giving effect to his intention namely, by researching an encryption programme, developing an encrypted version of his blog site and publishing the instructions around the use of programme on his blog site. Contrary to section 5 Terrorism Act 2006.

Count 5: On or before 22 September 2016 [name redacted] had in his possession an article namely one Universal Serial Bus (USB) cufflink that had an operating system loaded on to it for a purpose connected with the commission, preparation or instigation of terrorism, contrary to section 57 Terrorism Act 2000.

While this adds significant nuance to the Ars article above, the primary point still stands as to count three: the criminal act was researching encryption, developing an encrypted version of a blog site (which describes publishing over HTTPS and a few other things), and teaching encryption. The intent of this criminal act was to aid and assist terrorism, but the criminal act was still researching, deploying, and teaching cryptography. This is a hugely important nuance – quoting a comment from user Withabeard on Reddit:

He hasn’t been charged for helping terrorists.

He has been charged for having an encrypted blog. The reason authorities have chosen to charge him, is because that blog may contain material that helps terrorists. The distinction is small, but it has a massive impact on how we apply laws in the UK.

Helping other people conduce killing of other humans is already illegal in the UK, so that is what he should be charged with if there is evidence he did it.

But he has literally been charged with “instruction or training in the use of encryption programmes”.

It shouldn’t matter what the encryption was going to be used for, no-one should ever be charged with doing that.

Three things are noteworthy in this bizarre case, in terms of predictions coming true.

The first is that four years ago, I predicted that the UK won’t just jail you for encryption, but for carrying astronomical noise, too. It’s already a crime to not give up keys to an encrypted document in the UK (effectively making encryption illegal), but it’s worse than that – it’s a five-years-in-prison offense to not give up the keys to something that appears encrypted to law enforcement, but may not actually be. In other words, carrying astronomical noise is a jailable offense, because it is indistinguishable from something encrypted, unless you can pull the documents the police claim are hidden in the radio noise from a magic hat. This case takes the UK significantly closer to such a reality, with charging a person for terrorism (!) merely for following privacy best practices.

The third observation is the bizarre charge of “researching encryption” and “instructing others in how to use encryption”. According to Scotland Yard, learning and teaching mathematics is apparently terrorism. This would affect lots of efforts – for example, EFF’s HTTPS Everywhere and Linux Foundation’s Let’s Encrypt. Possibly even all the Linux repositories, as they contain lots of encryption and instruct others in setting it up.

This is a case that needs to be closely watched and Scotland Yard needs more than a slap on the wrist here.

UPDATE II: People who are pointing out that Scotland Yard is strictly legally in the right are most likely correct, but that’s missing the point. See the followup post: Scotland Yard, Terrorism, and Encryption: How wording of charges contain hidden layers designed to shape public opinion.