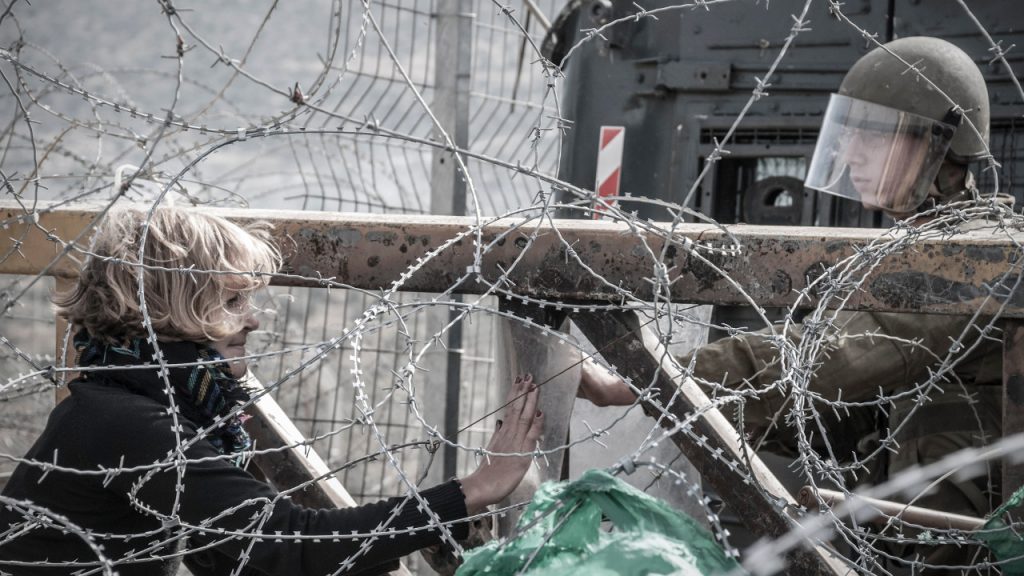 In a previous column, I outlined how the copyright monopoly is fundamentally, irreparably incompatible with privacy at the conceptual level. While the copyright industry may appear behind the times — even outright dumb — it is a mistake to believe they’re unaware of this incompatibility. To the contrary, their persistent and consistent actions show they’re trying to erode privacy at every level and every turn in order to tip the balance toward preserving their distribution monopoly at the expense of civil liberties and human rights.

To talk of human rights and civil liberties are at risk when you’re doing something that’s technically illegal – such talk can easily come across as exaggerated and hyperbolic, even objectively false. In this case, there would be no shortage of people who dismissed people who share knowledge and culture — file-sharers and streamers – as mere criminals trying to excuse something illegal. It’s a little reminiscent of people who yell “that’s against the Constitution” at every corner when they see something they either don’t like or insist they have a right to do.

However, in the particular case of people sharing movies, music, and TV series, there’s an authority on the matter that is hard to dispute – the European Court of Human Rights, the foremost international human rights court that supersedes even the constitutions of 47 developed countries. This court has ruled super clear that interference with people’s right — yes, right — to share and partake of culture and knowledge freely is indeed a violation of human rights:

For the first time in a judgment on the merits, the European Court of Human Rights has clarified that a conviction based on copyright law for illegally reproducing or publicly communicating copyright protected material can be regarded as an interference with the right of freedom of expression and information under Article 10 of the European Convention. Such interference must be in accordance with the three conditions enshrined in the second paragraph of Article 10 of the Convention. This means that a conviction or any other judicial decision based on copyright law, restricting a person’s or an organisation’s freedom of expression, must be pertinently motivated as being necessary in a democratic society, apart from being prescribed by law and pursuing a legitimate aim. It is, in other words, no longer sufficient to justify a sanction or any other judicial order restricting one’s artistic or journalistic freedom of expression on the basis that a copyright law provision has been infringed. Neither is it sufficient to consider that the unauthorised use, reproduction or public communication of a work cannot rely on one of the narrowly interpreted exceptions in the copyright law itself, including the application of the so-called three-step test […]

Note how the Human Rights Court specifically states that undisputably breaking copyright law is insufficient for a conviction thereof – a prescribed law of code is just one of the three criteria that must be fulfilled to justify breaking the human rights charter. This, just by itself, is a legal bombshell. (It doesn’t stop people from getting convicted, but raises the bar a lot.)

This is consistent with my previous column where I describe how and why enforcement of the copyright monopoly online is utterly incompatible with privacy as we know it – for infringements take place in private communications that may both be used for super-protected communications like leaking evidence of abuse of governmental power to the press under protection-of-source laws, and for sharing music and movies, and if you’re going to make the latter discoverable, you’re also negating the legal protection of the former.

The copyright industry not just agrees with this analysis, but understands it deeply and has integrated it into their strategy.

First, the copyright industry strived to circumvent the judiciary altogether, aspiring for the right to go full Dredd and become judge, jury, and executioner.

It did so on multiple fronts. The most famous attempt would probably be the introduction of a Three Strikes scheme, where the copyright industry would be given the right to shut off a household’s internet access — that’s an entire household’s access — on the basis of three accusations of sharing in violation of the monopoly. (And as we all know, the copyright industry never makes mistakes.) The legal fight in the European Parliament was very telling, with one single word making all the difference: prior. The fight was over whether people subject to such exile from modernity should have access to prior legal due process — as in, the copyright industry wanted to shut people off first, and then, while shut off, only then could they seek legal redress. In effect, they wanted a right to circumvent the judiciary and shut hundreds of thousands of people off the net as a big-hammer collective punishment, scaring people into submission from the prospect of losing all contact with modern life.

Of course, such a scheme would require the copyright industry to have some jurisdiction over what Internet Service Providers could and could not do. We’ll be returning to that shortly.

France was first out with a three strikes scheme, creating a new authority – the Hadopi – which was tasked to shut down the Internet for misbehaving households (or households the copyright industry accused of misbehaving, anyway). The European Parliament saw through this attempt of the copyright industry’s, with the help of a lot of activists, and made the practice blatantly illegal in all of Europe. The relevant legislation even sported something called “the Hadopi test” – meaning that if the law code didn’t outright ban Hadopi, three strikes, and everything smelling remotely like it, the law wasn’t properly written yet. The European law passed a wording passing this test, and with that, three strikes was completely illegal in all of Europe – no state was at liberty to send people into exile from modern society by shutting off their household’s Internet access on mere accusations from an offended obsolete industry.

The end result was that the copyright industry couldn’t shut people off en masse as was planned, but had to resort to talking in “education efforts” in their PR material with regards to forcing Internet Service Providers to do their bidding. It was an enormous win for civil liberties in Europe and elsewhere.

However, the copyright industry has also tried suing ISPs directly to get a judicial order forcing them to censor the Internet on their behalf. While not technically circumventing the judiciary, it’s still avoiding dealing with the human rights issue as such on the prerequisite case-by-case basis. Perhaps most infamously, IFPI – the international record industry association founded in Mussolini’s Italy – sued Eircom, the largest Irish ISP, for the right to install “filtering” (censoring) equipment directly into their network. Yes, you read that right: a private industry demanded the right to silence any conversation it didn’t like, just because it felt (feels) entitled to do so.

Second, in order to erode and curtail privacy rights, the copyright industry sought a forced conscription of the Internet Service Providers to act as police on their behalf. In this way, the copyright industry would be able to introduce both proactive non-governmental censorship and mete out extrajudicial punishments, circumventing and curtailing the human rights “problem”.

In order to mete out these extrajudicial punishments – typically threats of a lawsuit, “pay up or else”, also known as copyright trolling, the more neutral speculative invoicing, the Hollywoodesque “an offer they can’t refuse”: in order to do this, the copyright industry obviously needed to know who’s operating behind an IP address. (This isn’t technically identifying user data, as ruled by courts, but the industry wasn’t deterred.)

In order to do this, it needed two separate legal mechanisms:

First, it needed the legal right to coerce an ISP to give out identifying information behind an IP address, something even the Police didn’t have the right to demand for mere everyday infringements of copyright.

Second, it needed a mandatory retention time for ISPs for such data, enabling retroactive surveillance or the everybody’s a suspect principle, so ISPs wouldn’t be able to protect the interests (and civil liberties) of their customers and delete the data immediately, thereby preventing the copyright industry from demanding it a week or so later.

The first mechanism was achieved by the IPRED federal law in Europe, which I described in a previous column, the law which was spearheaded in the European Parliament by the spouse of the CEO of Vivendi Universal, one of the big four record companies. This law is still in effect, and for a time, the copyright industry did indeed have more far-reaching powers to invade people’s privacy than even the Police. (The Police have rightfully argued that this is bad, but instead of reverting the private industry’s private policing rights, the governmental police instead argued they should have the same authority. They mostly do, today.)

The second mechanism, forcing ISPs to retain data so it could be demanded later, has been one of the most controversial things to happen to Europe (and elsewhere). The directive – the federal law – was passed in the European Parliament on December 14, 2004, and was called the Data Retention Directive. It basically required ISPs to store all identifying subscriber data for some period of time, at least six months, turning this privacy violation from “absolutely forbidden beyond direct billing needs” to “mandatory”. The European Supreme Court (the ECJ) struck it down as utterly unconstitutional in April of 2014, almost a decade later: the Court didn’t just nullify it onward, rather, the law was ruled so grotesque a violation of human rights it was retroactively ruled to never have existed.

It’s trivial to find massive copyright industry support for both of these mechanisms, not just in public consultations to law proposals, but pretty much at every trade show and political gathering at the time the laws were discussed.