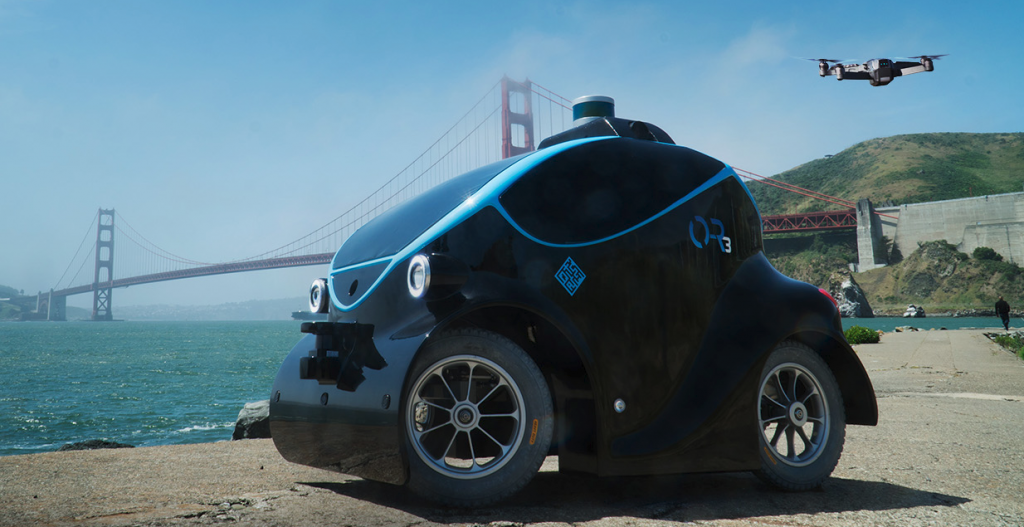 Last month, Privacy News Online wrote about the first arrest by UK police using an automatic facial recognition system mounted on a vehicle to scan people in a crowd. But things move quickly in the world of surveillance technologies: the police in Dubai have announced that they will be deploying facial recognition systems mounted on autonomous vehicles by the end of 2017, as Gulf News reports:

“The robotic vehicles will be equipped with biometric software to scan for wanted criminals and undesirables who are suspected or are breaking laws, police said.

About the size of a child’s electric toy car, the driverless vehicles will patrol different areas of the city to boost security and hunt for unusual activity, all the while scanning crowds for potential persons of interest to police and known criminals.”

The robo-car comes from the Singaporean startup Otsaw Digital, whose Web site provides more details on the vehicle:

“With an array of cameras that serve specialised functions in the likes of thermal imaging, facial and license plate recognition, stereo photography and more, O-R3 is able to capture and access a wide range of data.

O-R3 is equipped with numerous 3D and 2D laser scanners, IMU [inertial measurement unit] and ultrasonic sensors, GPS, long range data transmitters and more, that enables the most granular of data to be collected.

Through sensor fusion technology, O-R3 intelligently crunches huge chunks of data at top speed that gives it acute scene understanding, for performance of human-like actions such as obstacle avoidance and anomaly detection, at machine efficacy.”

The O-R3 is available for a rental fee of $10,000 per month, which apparently equates to paying several human security guards, depending on location. Despite that hefty sum, a press release from the company claims that Dubai plans to use robots for 25% of its police force by 2030. Otsaw Digital has produced a short video that shows off some of its product’s capabilities:

As that shows, an important feature of the O-R3 is that it comes with a built-in surveillance drone. If something suspicious is spotted using the robo-car’s cameras and scanners, the drone can be sent up to take a closer look, avoiding obstacles on the ground that might prevent the vehicle moving in. In China, one company is taking the drone idea a stage further, by developing a squadron of drones that can carry out facial recognition scans for crowd surveillance.

Autonomous vehicles and co-ordinated drone squadrons have been made possible by sophisticated software that draws increasingly on artificial intelligence to make complex decisions automatically, and faster than a human operator could. Similarly, facial recognition is improving rapidly thanks to continuing advances in fine-tuning the relevant algorithms. As artificial intelligence continues to progress, so more of the decision-making will be pushed on to machines, with little human intervention.

Increased reliance on these kinds of systems brings with it clear risks that there will be little transparency about how decisions are made by the algorithms, and no effective way of appealing against them: how can you prove a software black box is wrong? That’s bad enough when it causes posts to be blocked or removed from social media, say, or applications for bank loans to be rejected. It becomes even more problematic when hooked up to autonomous hardware that is able to enforce its decisions in the physical world.

As artificial intelligence is deployed more widely in real-life situations such as policing, with real-life consequences, we are clearly beginning to enter RoboCop territory. The O-R3 may not come equipped with any weapons today, but it is surely only a matter of time before a police force somewhere asks for them – and they are added. Once that happens, other law enforcement agencies will point to the precedent, and push to acquire similar surveillance capabilities. And so it goes on.