The European Union is preparing measures that would freeze savers’ assets in banks when the solvency of the bank is in question, to prevent a “run on the bank” and a certain failure of the bank in question. This follows a long string of rather questionable practices that set the overall solvency of the banking system in question. For those familiar with cryptocurrency, this is nothing new; today’s banking is essentially a big Ponzi scheme, under the more formal names of “fractional reserve” and “quantitative easing”. 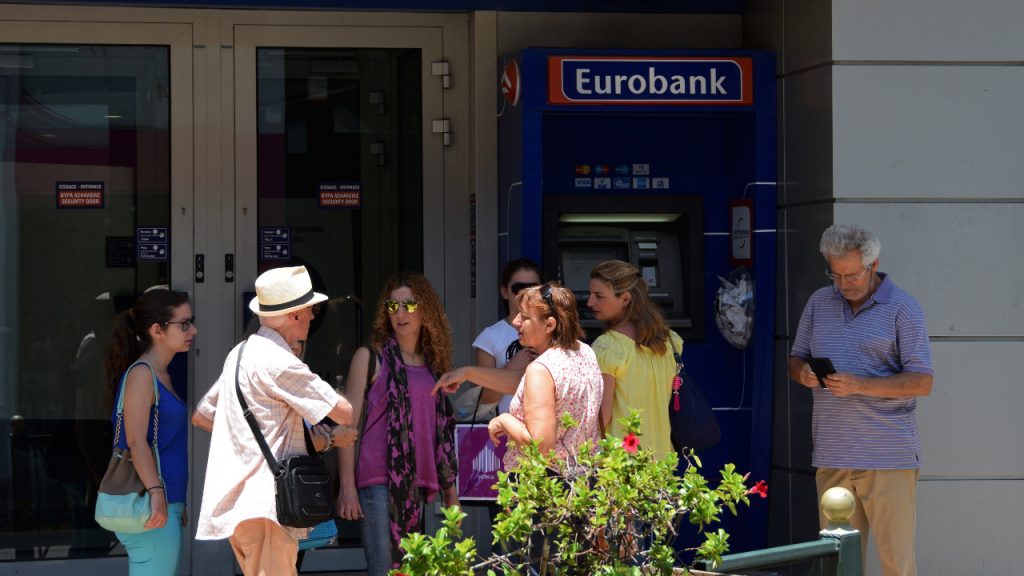 Reuters reports that the European Union is preparing to freeze withdrawals and ATMs when banks are “failing or likely to fail”, in an effort to “save creditors’ money”. Of course, this ignores the fact that the people trying to withdraw their own money are, by definition, such creditors to the bank.

The European and American banks have both been stated to live on borrowed time. The Euro is fundamentally on shaky ground, after trying to combine economies with as fundamentally different characteristics but without the fiscal policy instrument to enforce conformity. Meanwhile, the US dollar has been printing as much money as it can since August 15, 1971, when the United States defaulted on its loans and obligations. (It wasn’t worded like that, of course, but the net effect was still that the US cancelled payment on its international loans.) Both of these spheres of economic influence can be predicted to undergo serious disruption as bubbles burst in rapid succession, when they burst: the precise time is impossible to predict, just as it is impossible to predict the precise point in time of an avalanche or a vulcano eruption, but at the same time completely possible to say that such an outcome will happen at some point.

At the same time, the bank regulations have become increasingly hostile to customers. Let’s take a look at how this has developed in the past 15 years, just the past 15 years; even if it varies a little between different regions and countries, the general pattern is the same. (I know a lot of the brighest people in cryptocurrency came of age during this period, and therefore literally are too young to remember just how recent this is.)

In 2000, you could open an account in a bank if you were personally known by the teller or publicly known.

In 2004, you could not open an account, but you could withdraw money from it if you were known by the teller or publicly known.

In 2008, you needed to show governmentally-issued or bank-issued photo ID to withdraw money from your account.

In 2012, you needed to show photo ID to deposit money into your bank account.

In 2016, you needed to show photo ID and explain yourself if you wanted to deposit money, in the form of cash, into your bank account.

In 2016, the European Union mandated bail-in regulations, that is, if a bank is insolvent, then money is taken from its account holders to save its balance.

It is amusing to see this trajectory in parallel with the rise of cryptocurrency. Basically, legacy banks are insisting on making their offering worse by the year, while crypto is gaining ground by the year, much for the same reason. The financial institutions of old appear to be living in a world where they don’t have any competition — where they can’t possibly have any competition, pretty much like the Catholic Church anno 1450, when they were making all books of the known world by hand in monasteries. In 1453, this guy named Gutenberg changed the rules forever.

(It bears noting that the Catholic Church was so foreign to not being able to regulate printed matter, that they asserted authority over the printing press and its use — ultimately unsuccessfully, although this repression did result in the ban on copying we know as copyright, which was originally a way to crack down on political dissent.)

The authorities are acting as though they are expecting the banks to fail, when they are providing precise regulations for that scenario. All that’s missing now is a couple of stern denials from authorities of the very specific situation – say, someone like the Chairman of the Federal Reserve (Janet Yellen) to come out and say there’s no reason to worry at all: that there’s no reason whatsoever to expect a major financial crisis for a very long time.

Ohwait, that just happened, too.