FOSTA-SESTA is now law—where does that leave the Internet? 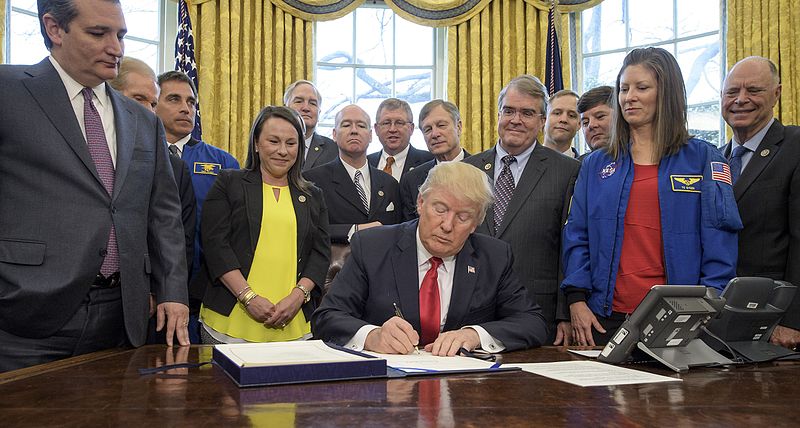 Though FOSTA-SESTA was signed into law just over one month ago, its impact on the Internet is already visible. The bill was meant to curb online sex trafficking. In reality, all it did was push sex workers back into the shadows—and ended an era of Internet freedom.

At the heart of FOSTA-SESTA is an amendment to Section 230 of the Communications Decency Act of 1996. Section 230, as it came to be called, is the legislation that ensures that online services aren’t liable for user-generated content. It creates a “safe harbor” for online services, allowing them to operate without the threat of being shut down over the actions of their users.

Intuitively, Section 230 makes sense. Consider the analogy of a megaphone rental company: every day, this company rents megaphones to hundreds of customers, who use the megaphones at concerts, political rallies, and sporting events, to name just a few. This company cannot be considered responsible for its customers’ speech. The company may provide the megaphone, but it doesn’t provide the content.

The company may rightfully refuse to serve certain customers, such as those already known to spread hate speech, but other problematic customers may slip through the cracks. It isn’t the responsibility of the company to monitor how its devices are being used, nor is it the company’s right to even ask what its customers are doing. If a customer was to use the megaphone to make hate speech, it is the customer who is responsible—not the megaphone company.

Section 230 applies this analogy to the digital era. In no uncertain terms, Section 230 states that internet content providers aren’t to be held as the publisher of any content posted by third parties on their platforms. Under Section 230, Reddit, for example, isn’t responsible for the content of its users’ posts, nor is PrivateInternetAccess responsible for its customers actions online. While these companies may provide the medium, they don’t provide the content.

Even if Reddit chooses to take some posts down, as it does routinely, it cannot be said to have ‘editorial control’ over its platform, nor can it be considered a ‘publisher.’ Section 230 engrains this important distinction of the digital age into law.

No provider or user of an interactive computer service shall be treated as the publisher or speaker of any information provided by another information content provider.

Section 230 of the Communications Decency Act

Section 230 was authored by Christopher Cos and Ron Wyden with the explicit purpose of making the United States a more hospitable legal environment to tech companies. Under the protection of Section 230, independent discussion sites were allowed to thrive without fear of legal retribution. Social networks were able to grow and reshape the modern media landscape without liability for its users’ content. After all, if someone posts something defamatory online, the platform isn’t responsible—only the person who posted the content is. In effect, Section 230 transformed the Internet into the public forum that it is today. One expert goes so far as to call it “the Magna Carta of the Internet.”

And then came FOSTA-SESTA. The bill purports to fight sex trafficking online by amending to Section 230 so that companies may be prosecuted for participating in or “knowingly assisting, supporting or faciltating” sex trafficking. While this change seems harmless at first, and it is certainly well intentioned, it fails to accomplish its most fundamental goal of fighting sex trafficking. According to a recent Los Angeles Times editorial, the Department of Justice warns that this change actually makes it more difficult for prosecutors to fight online sex traffickers: it would require them to somehow prove that the sites knew of specific cases of sex trafficking on their platforms, a difficult task in a court of law. (The bill may also be unconstitutional, but that’s neither here nor there.)

What is FOSTA-SESTA doing to the Internet?

In addition to being ineffectual, FOSTA-SESTA has dangerous consequences for Internet freedom: it marks an end to Section 230’s true “safe harbor” that saw the rise of today’s Internet. Though it may be difficult to prosecute, as the Department of Justice makes clear, it nonetheless creates legal uncertainty for sites that rely on Section 230 to operate. Though Facebook and Google may be able to afford the uncertainty associated with a weakened Section 230, small websites and startups cannot. As a result, FOSTA-SESTA will only help to engrain the current Internet monopolies.

I continue to be deeply troubled that this bill’s approach will make it harder to catch dangerous criminals, that it will favor big tech companies at the expense of startups and that it will stifle innovation.

Senator Ron Wyden in an official statement warning against FOSTA-SESTA.

Though FOSTA-SESTA passed through Congress nearly unanimously, it has received widespread criticism. Several major organizations have expressed concern about the bill, including the ACLU, the Center for Democracy and Technology, the Electronic Frontier Foundation, the Sex Workers Outreach Project, and the Wikimedia Foundation.

Although FOSTA-SESTA was passed just over one month ago, it has already had a chilling effect on the Internet. Craigslist shut down its popular “Personals” section in direct response to the bill, and Pounced.org, a small special-interest dating website, also cited FOSTA-SESTA as the reason for its closure. (Backpage.com, the very website that FOSTA-SESTA was created to fight against, had already been seized by federal authorities using an unrelated statute.)

Whether FOSTA-SESTA will fundamentally transform the Internet remains unknown—it has yet to be cited in any court decision—but it has already exerted a chilling effect on the Internet. In addition to damaging the very group that FOSTA-SESTA was meant to protect, the bill marks the dissolution of the “Magna Carta of the Internet,” and creates legal uncertainty that small sites and startups simply cannot afford to tolerate. Section 230 saw the rise of free online discussion—and FOSTA-SESTA will see its end.

Cover image: By NASA/Bill Ingalls [Public domain], via Wikimedia Commons. (The bill signed is not FOSTA-SESTA.) 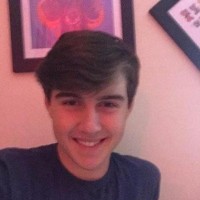 Miles McCain (https://rmrm.io) is a student at Phillips Academy Andover. He is an advocate for privacy and government transparency, the founder of Politiwatch, and the author of WorthHiding.com. His projects, research, and commentary have appeared in several major news outlets including the Washington Post, NBC News, CNN, the Daily Beast, Nightly News with Lester Holt, TimeOut National, New York Daily News, BoingBoing, Bustle, and TimeOut New York. Follow him on Twitter @MilesMcCain or online https://rmrm.io