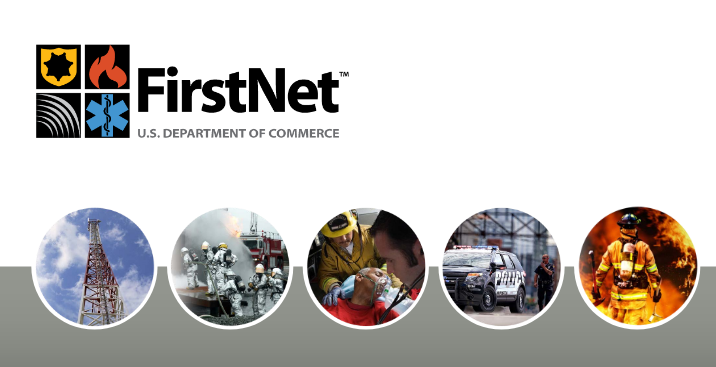 Providing first responders such as the police, fire services and paramedics with the best available technology makes sense. Lives can be saved and disasters averted if action is taken as promptly as possible, and key information shared widely among relevant personnel. But as previous posts on Privacy News Online have noted, the enhanced capabilities of such technology can also bring with them potential problems for privacy. That’s underlined again in a story from The Intercept about an ambitious new broadband wireless network called FirstNet that is specifically designed for first responders.

The project grew out of the report from the National Commission on Terrorist Attacks Upon the United States (the so-called 9/11 Commission). The report suggested that better communication between different agencies could have saved lives after the attack on the World Trade Center. Although some have questioned whether that was really the problem, and suggested that today’s mobile phone networks are able to provide the required interoperability, a dedicated network does offer advantages.

For example, a key feature of FirstNet, whose roadmap was laid out in a 2013 presentation, is the provision of “priority” and “pre-emption” privileges. The former means that FirstNet traffic is given faster access to broadband networks; the latter means that other users can be actively removed from the network to free up bandwidth for first responder needs. This feature might be activated in situations where tens of thousands of people are trying to contact family and friends to check on their well-being in the wake of a major incident. Clogging up the network makes it harder for first responders to help those who need it. Blocking such communications may seem harsh, but is a sensible move.

The single, unified network is also designed to allow first responders to gain easier and quicker access to a wide range of databases in different domains. Many of these contain sensitive personal information. For example, a 2017 FirstNet white paper explains how database access might be used by the US Customs and Border Protection (CBP):

In addition, The Intercept reports that FirstNet will make data from “fusion centers“, which enable criminal intelligence-sharing between government agencies, available to local officers using the first responder network. As a result, more sensitive information will be flowing routinely from central databases to people in the field. The superior bandwidth of FirstNet will allow mobile checks using biometrics to become routine. As on-the-spot facial recognition, iris scanning, and fingerprint identification becomes easier, they are also likely to become more common. Other capabilities that will benefit from FirstNet include license plate tracking, and real-time access to a variety of live feeds from personnel, static cameras, and helicopters.

FirstNet plans to go further than simply providing the network connections, and aims to create an entire app ecosystem, which will offer “a growing portfolio of public safety apps“. Future applications include:

FirstNet will allow huge quantities of information to be brought together in a way that was hard or impossible until now. That is clearly of great benefit to first responders, but also opens the way for large-scale and intrusive surveillance. The greatly increased numbers of people that will have ready access to an unprecedented range of databases will also make it harder to track and counter abuse of confidential information.

One side-effect of moving to the new FirstNet will be that first responder communications will all be inside an encrypted communications channel. That’s clearly good news in terms of protecting personal information as it flows around the network, but does come at a cost. US journalists have traditionally used the open channels of communication to monitor first responders and track natural disasters, protests, and emergencies. As such, they are vital sources of information that bring much-needed transparency to public service operations, if used responsibly. By moving inside an encrypted stream, this information will be lost, and operations will be more opaque at a time when more, not less, transparency is needed. In addition, it will be harder for media to aid first responders – for example, by warning the public to avoid areas involved in an incident.

Similarly, by moving traffic within an encrypted channel, there will be fewer clues about new apps that are developed specifically for the new network and its users. That means it will be hard to monitor the way in which the new FirstNet ecosystem is evolving.

FirstNet is a collaboration between the US government’s First Responder Network Authority and AT&T. In order to compete in this important sector, the other major telecom companies are likely to follow suit in offering dedicated networks of this kind – Verizon has already announced its own service. As more dedicated networks become available, a natural evolution would be to create closed priority systems for other sectors – for example, health, transportation, energy etc. That might eventually lead to an upper tier of prioritized networks guaranteeing pre-emption privileges over ordinary users. The latter, as a consequence, would increasingly be communicating across the residual Internet, with no delivery guarantees, and fewer built-in security features (and thus with a greater need for VPNs). The emergence of this kind of two-tier Internet is precisely what many warned about as a risk of repealing net neutrality protection.

Aside from general concerns about undermining net neutrality, there is another issue arising from the introduction of these kind of dedicated high-speed networks. Some have suggested that the construction of separate networks like FirstNet will make it easier for the government to shut down the rest of the Internet locally and temporarily. That won’t impact emergency or other vital services, which will continue to use their dedicated channel, but it will prevent other groups – for example, those taking part in a peaceful demonstration – from communicating and thus organizing. Although Internet “fast lanes” for first responders sound like a good idea, and do have real benefits, the knock-on effects may be problematic. There is always the risk that they could lead to the wider introduction of digital “ZiL lanes” for government and corporate traffic, with the rest of us dodging network pot-holes on the slower, unreliable public routes.

Featured image by US Government.