Ahead of 2022 World Cup, Qatar doubles down on internet censorship and blocks independent news website 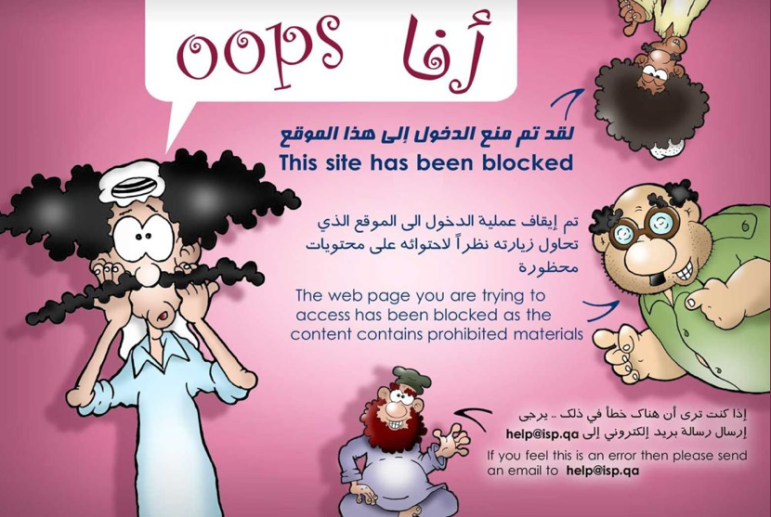 Last week, an independent news website in Qatar, Doha News, discovered that they had been blocked in Qatar. While there has been no official news on why this block has happened, Doha News stated that they suspect that the block happened at the behest of the government. The news site has a reputation for toeing the line in Qatar, and had previously done such “unprecedented” things in the emirates such as publishing an anonymous article by a homosexual Qatari man. Ahead of the 2022 World Cup, it is more than possible that this is just the first of many censorship actions by Qatar. Another famous international media site that is based in Qatar is none other than Al Jazeera.

Doha News confirmed that Qatar’s two ISPs, Ooredo and Vodaphone, have blocked Doha News. The independent news source tried to create a new domain name to get past the block but that new website was quickly blocked as well. Doha News’s editor, Shabina Khatri was forced to use a different Medium to communicate after the block.

“We can only conclude that our website has been deliberately targeted and blocked by Qatar authorities. We are incredibly disappointed with this decision, which appears to be an act of censorship.”

While Doha News is still blocked in Qatar, management at the news site have stated that they are still in contact with Gulf officials and are hopeful that they can become unblocked. In the meantime though, they have agreed to cut back on their publishing – a clear sign that this censorship may be working. Doha News said in a statement this past weekend:

“In the interest of protecting our team, we will be reducing the number of articles we publish until we can resolve the problem and get dohanews.co unblocked. At the same time, we reject the idea that our news website should be blocked over licensing concerns — this is a clear act of censorship, and a fairly unprecedented one in Qatar,”

Internet censorship is a worldwide problem that grows daily. While some countries only block websites related to piracy or pornography, others make sure to take out dissenting opinions wherever they may be found. There are even countries that block access to the entire Internet if they so see fit. Using a VPN is a sure way to bypass this blatant censorship; however, some governments have even deployed technologies that block basic and free VPNs from connecting.