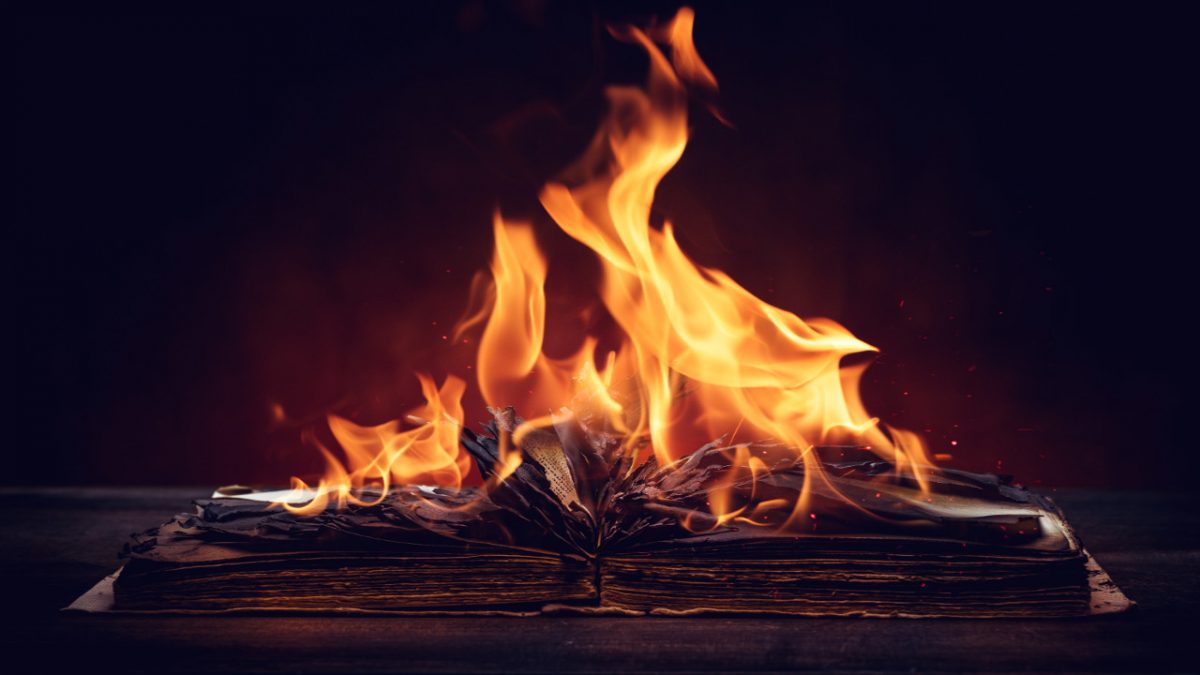 British lawmakers have announced 15 years in prison for taking part of banned literature. However, the threat of prison only covers new story formats that lawmakers think don’t deserve the same kind of protection as old-fashioned books: it’s only people who watch video on the Internet who will be put in prison, and only when they watch something that promotes terrorism, whatever that means this week.

The BBC reports that people reading banned books will face 15 years in prison.

Except, it’s not books; were it books, lawmakers would understand the value of open debate and art, and would never dream of putting people in prison for reading. No, it’s the new “moving pictures” format, video, which British lawmakers have learned from experts that it’s only used for violence-promoting dangers-to-society like the Texas Chainsaw Massacre.

And it’s not just in the violence-glorifying video format, it’s also on the horrible Internet, which British lawmakers have learned can’t be any good; at best the Internet is a luxury that can be taken away from citizens when they’ve been misbehaving.

So the title of this story is a little off: it’s not honorable books that are being banned, it’s this horrible thing called the Internet and the worst of the worst, video on the Internet, and only when it promotes terrorism, which is basically anything a government doesn’t like on a particular Wednesday afternoon.

Lawmakers would never dream of banning books, any books, much less put people in prison for reading one. They understand what a book is, they’ve seen what happens to societies that ban and burn books, they grew up with stories (books!) about dystopias where you could go to prison for reading the wrong book.

It is obvious to the net generation that reading text on the Internet is no different from reading a book.

It is obvious to people born after 1970 that watching video can be just as educational as reading, be it current affairs debate, formal education, political commentary, or anything else; it is no different education-wise than reading a book.

As to the government’s definition of terrorism, it has lost all meaning: remember that a peaceful protests are formally classified as “Low-level terrorism” in government training material. Yes, that’s a peaceful assembly to petition a grievance about policy, exactly that is considered terrorism. That’s why new special police units handle both — kind of like in those old stories, where police were dispatched for your protection if you read the wrong book.