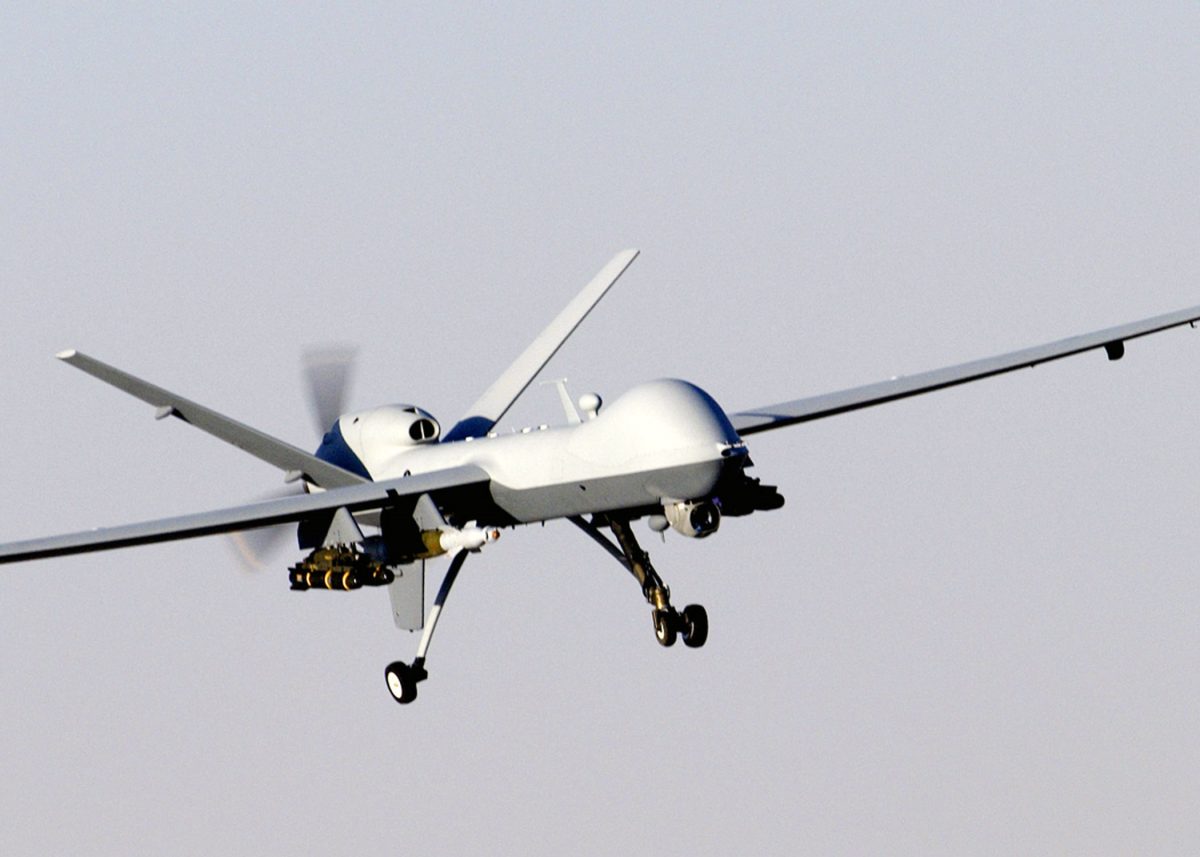 Here on Privacy News Online, we often write about the impact on privacy of technologies such as facial recognition, iris scans, DNA databases, and drones. Individually, those powerful and rapidly-advancing technologies all pose different challenges to the protection of our privacy. Imagine how dangerous it would be if they were brought together in a complete, integrated system. Sadly, you don’t have to: Ars Technica has obtained a leaked copy of the “Building America’s Trust Act,” which aims to do precisely that. In its present draft, the Act:

As well as physical elements such as “a wall system, fencing, levees”, another key component of this plan to bolster the US border is a wide range of surveillance technologies:

“Not later than January 20, 2021, the Secretary of Homeland Security…shall deploy the most practical and effective technology available along the United States border for achieving situational awareness and operational control of the border.”

“Situational awareness”, in case you were wondering, is helpfully defined by the US Coast Guard as “knowing what is going on around you”. Some of the surveillance technology that will be used to provide that awareness includes drones, which would have to fly “for not less than 24 hours per day for five days per week” if the new law is passed. Quite why they are not required to provide surveillance 24 x 7 is unclear.

Potential immigrants to the US may be required to submit a full range of biometric data:

“The Secretary may require any individual filing an application, petition, or other Advanced Materials request for immigration benefit or status with the Department or seeking an immigration benefit, immigration employment authorization, identity, or travel document, or requesting relief under any provision of the immigration laws to submit biometric information (including but not limited to fingerprints, photograph, signature, voice print, iris, or DNA) to the Secretary.”

However, there are also plans to submit all travellers – including US citizens – to some forms of biometric surveillance. For example, the Act would require facial recognition to be deployed at US airports “to the greatest extent practicable”. Similarly, a “biometric exit system” will be established at the busiest airports, seaports and land crossings. This seems to be an extension of the US Customs and Border Protection’s “Traveler Verification Service” discussed in a previous blog post, and would again apply to everyone.

Alongside these familiar technologies, there are some more obscure ones, such as Vehicle and Dismount Exploitation Radar (Vader). Vader systems were developed by Northrop Grumman about a decade ago, and are typically mounted on a drone. Vader has two modes. One feeds raw data from its radar scans to an onboard processor that uses algorithms to detect moving objects on the ground – both vehicles and human activity.

The other uses a “synthetic aperture radar“, which takes advantage of the fact that the radar system is mounted on a flying object to combine information taken from nearby points to create an extremely high-resolution image – Wikipedia speaks of a resolution of 10cm as typical for airborne systems in 2010, so today that is probably down to less than a centimeter – fractions of an inch. Typically, the first mode is used to find suspicious activity, and then the second provides detailed images of it.

Another unusual technology mentioned in the leaked draft of the Act is “seismic acoustic detection“, which uses a combination of acoustic and seismic signals both to detect the presence of vehicles, and also to characterize them by type.

The US government plans to throw a lot of technology at the problem of managing its borders. But it may not be alone in hoping that it will provide the control it craves without making them so impermeable that they become an obstacle to the lawful movement of its citizens. The UK government has just published a “position paper” on the future relationship between Northern Ireland, which is part of the United Kingdom, and Ireland, which is an independent state. Currently, there is no physical border between two: people and goods can flow in both directions without any kind of checks.

If and when the UK leaves the European Union as a result of last year’s Brexit vote, there will be two contradictory requirements: for there to be a distinct political border between the northern and southern parts of Ireland – one of which will be inside the EU, and the other outside – and yet for people and goods to flow freely. The UK government’s position paper speaks of “a land border that is as seamless and frictionless as possible,” but fails to explain how it aims to achieve that. Some think that the discreet use of advanced technology could be the answer, as New Scientist reports:

“Following the Brexit vote, a variety of solutions for managing the border have been discussed, from drone patrols to number plate and face recognition. These approaches could, in theory, enable people and vehicles at and near the border to be monitored.”

However, roll-out of intense surveillance at the border brings with it a danger. As Alvaro Bedoya, Executive Director of the Center on Privacy & Technology, Georgetown Law, told Ars Technica, the proposed Building America’s Trust Act “doesn’t mention that DHS [Department of Homeland Security] interprets its authority to operate at the ‘border’ to extend to any area within 100 miles of the actual legal border.” If the proposed measures prove inadequate, and fail to solve the problems they are designed to address, it is easy to foresee both the US and UK governments extending the programs deep into the interior of their respective lands. It’s a curious feature of mass surveillance that its failures are always used as proof that even more of it is needed.