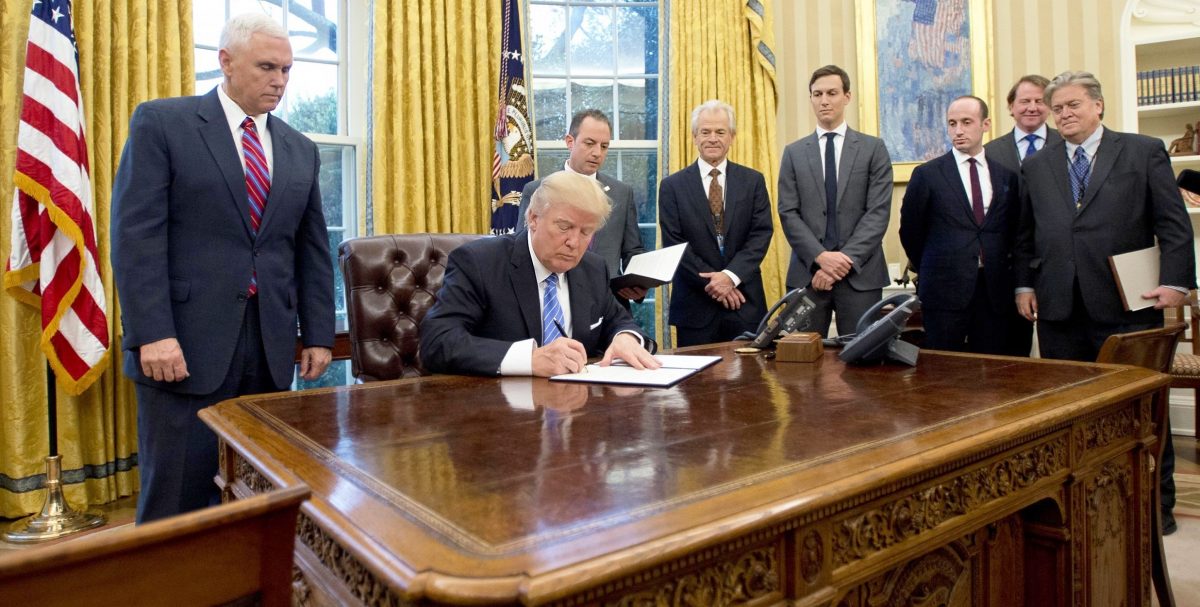 President Trump has a plan to involve the FTC and FCC in policing censorship by social media companies such as Facebook and Twitter. Earlier in August, CNN’s Brian Fung reported on a summary of a draft executive order from President Trump that was first reported on by Politico. The executive order is supposedly aimed to help protect American internet users from what the President believes to be pro-liberal and anti-conservative actions by the mostly Silicon Valley based social media platforms. President Trump’s executive order seeks to accomplish its goal by formally limiting the protections afforded to companies under Section 230 of the Communications Decency Act and by putting the job of policing social media censorship on the Federal Trade Commission (FTC) and the Federal Communications Commission (FCC).

Essentially, the order calls for the FTC and FCC to get involved in the policing of content on social media platforms such as Facebook and Twitter. Specifically, President Trump wants the agencies to help him look into the allegations of anti-Conservative bias on these social media platforms. The FCC would be required to create regulations designed to limit the ability of social media platforms to “remove or suppress content.” The plan also calls for the FCC to become involved in determining and policing “anticompetitive, unfair or deceptive” practices when it comes to content moderation. For the FTC, the executive order would somehow compel the independent agency keep an open docket for the receiving of complaints about alleged political bias. With these complaints, the FTC would be required to evaluate the complaints and ferret out any instances of actual censorship and then pursue the offending company. The executive order also notes that the FTC would need to “take [the FCC’s] new policies into account when it investigates or files lawsuits against misbehaving companies.”

Putting the FCC, or FTC, or any government or non government entity in charge of deciding what constitutes social media censorship and allowing that entity to have powers to remedy that is – to put it simply – an unconstitutional hindrance on free speech. Continuing with the American government’s penchant and preference for only naming proposals on Opposite Day, Trump’s proposed internet order is named: “Protecting Americans from Online Censorship.”

Well there is one person who likes the plan, and that is Mark Zuckerberg. Zuckerberg has previously written an op-ed in which he called for “third-party bodies to set standards governing the distribution of harmful content.” At the time, Trump appointed and Republican FCC Commissioner Brendan Carr made his thoughts on governmental involvement in this area clear when he responded to Mark Zuckerberg’s thoughts via tweet saying:

“Outsourcing censorship to the government is not just a bad idea, it would violate the First Amendment. I’m a no.”

Since the plan’s reveal in early August, many many more people have come out in opposition of President Trump’s plan. Some experts point out that neither the FTC nor the FCC are technically controlled by the white house and are instead independent agencies that report to Congress. Though, the Trump Administration did note in their plan that they hope to sidestep this technicality by calling for the National Telecommunications and Information Administration (NTIA) – which is under the jurisdiction of the Executive Branch controlled Department of Commerce (DoC).

Even former members of the government agencies that are supposed to be in charge of this enforcement don’t think the plan makes sense. Blair Levin, a chief of staff at the FCC during the Clinton Administration, told CNN:

“This executive order would be the most transformative action related to the purpose of the FCC since the Telecommunications Act of 1996. This would give the FCC more power over content than it’s ever had.”

It isn’t even power that the FCC wants. The FCC’s insistence on staying out of content policing decisions goes back even further than the Telecommunications Act of 1996. There used to be something called the FCC Fairness Doctrine, which obligated broadcast license holders to be balanced in their coverage of controversial topics and was active from 1949 to 1987 when it was pulled by the FCC. In that post FCC Fairness Doctrine climate, the Heritage Foundation, lauded the FCC’s supposedly final form in a blog post stating that the “FCC bureaucrats can neither determine what is ‘fair’ nor enforce it.”

The President’s executive order on online censorship also puts the FCC in an interesting spot given FCC Commissioner Ajit Pai’s previous strong words regarding what the FCC can and cannot do during his long fight to stamp out net neutrality.

TechFreedom, an organization dedicated to exploring the interesting legal and policy questions that advancing tech poses had a pretty clear answer for this particular policy proposal. The President of TechFreedom, Berin Szóka, stated in a post on the site:

“Trump’s proposed executive order would transform the FCC and FTC from consumer protection agencies into regulators of online speech. Ironically, the same people screaming about ‘censorship’ by private companies would empower regulators to decide what kinds of online speech should and shouldn’t be taken down. That Republicans, after decades of fighting government meddling in broadcasting, now want their own Fairness Doctrine for the Internet is staggeringly hypocritical.”

Public Knowledge, an organization that supports freedom of expression and an open internet, published a post damning the executive order in which their CEO Chris Lewis said:

“These leaks about a potential Executive Order from the White House are troubling on many levels, from the order’s potential to violate the First Amendment, to its apparent disregard for the independence of agencies like the FCC and the FTC, to its intent to unilaterally limit Section 230 which promotes moderated online communities free of hate speech and misinformation. If these reports are a trial balloon from the White House, then it’s time to pop it.”

While the outrage and reaction have come from far and wide, it is likely that they fall on deaf ears at the Trump Administration. The issue with executive orders, especially as they’ve been used recently, is that they often take a fire first and ask questions later approach – letting the courts figure out what’s actually allowed while the damage is already done. Fight for the Future posted on the Action Network with a petition hoping to send the White House a loud and clear message that Private Internet Access wholeheartedly supports:

“Don’t break the Internet with an executive order that makes the FCC and FTC the speech police. Uphold the First Amendment and leave the free and open web alone.”