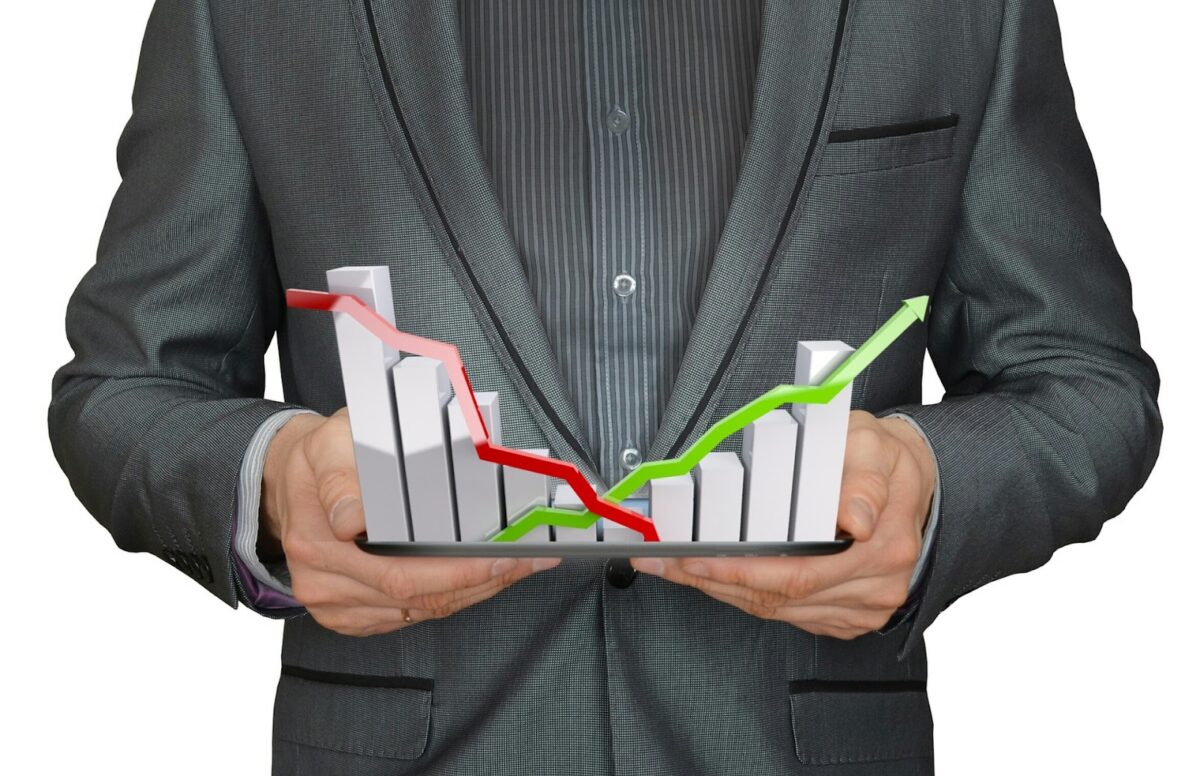 Over the past two centuries, the US economy underwent vast fluctuations, depressions, and recessions. Between bank bailouts and stimulus payments, the government has tried to ease the blow to citizens and businesses at times.

It’s estimated that the US sees a recession every 6-10 years. Additionally, our national deficit is around $2.2 trillion and the last major decrease it saw was when President Bill Clinton was in office.

The good times are easy to manage, but how can we protect ourselves in an economic downturn? Understanding our current system and economic history in the US is a good start and we’ll dive into that in this article. You’ll also discover how to safeguard your finances and make smart investments before and during periods of economic stress. 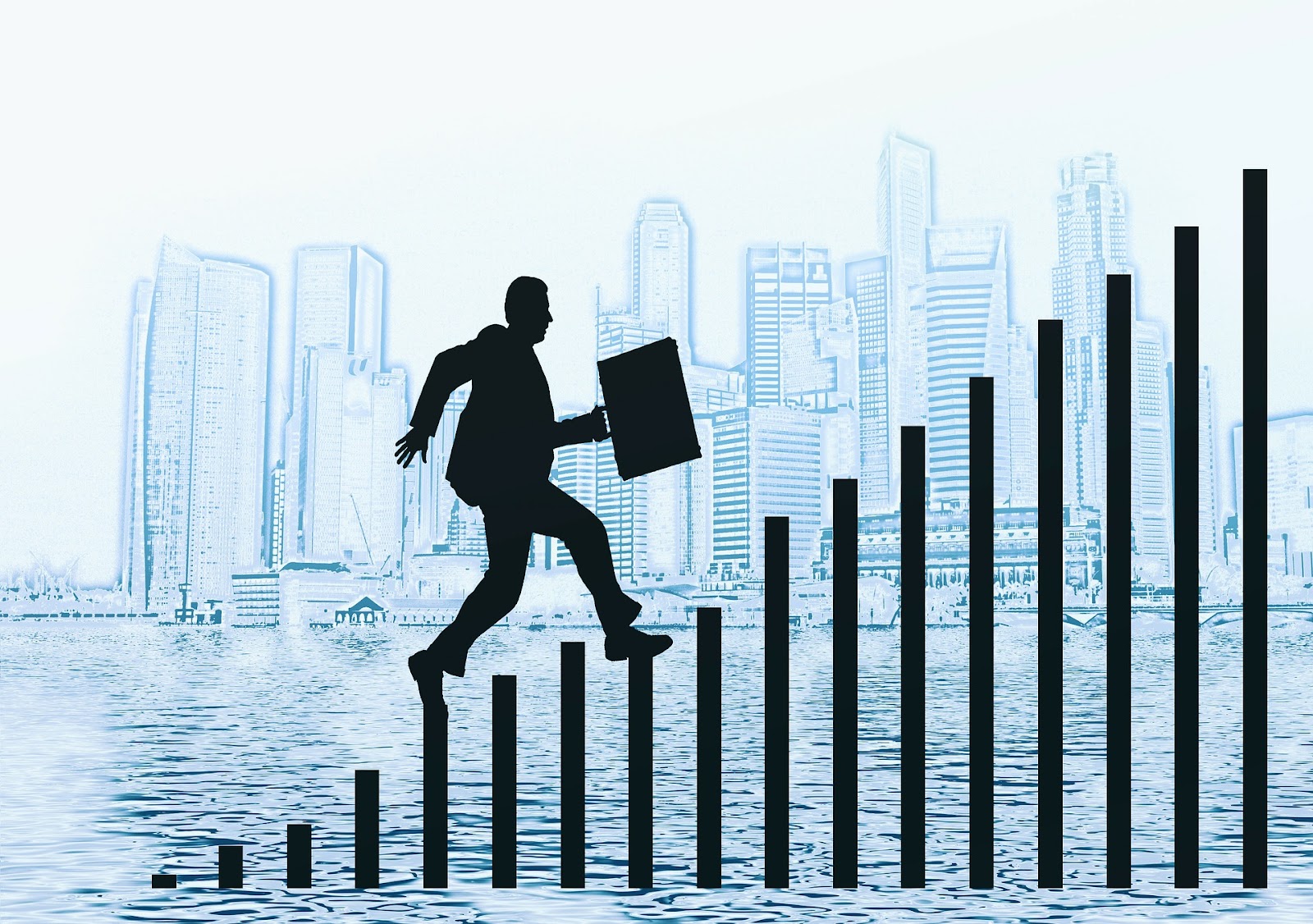 Critical Economic Events in the US

The economic system in the US has been capitalist since the mid-17th century. Some argue that, due to minimal government involvement, it’s a mixed economy. Since it’s predominantly capitalist according to most economists, we’ll say it is to cut out all the gray areas.

Regardless, the US economic history timeline has been a rollercoaster of ups and downs. Let’s take a brief look at some major financial and economic events that defined the last two centuries.

200 Years of History: A Brief US Economic Timeline

24 New York City stockbrokers and merchants sign the Buttonwood Agreement on 68 Wall Street in New York to create what is now known as the New York Stock Exchange.

The US Treasury and First Bank of the US increase the money supply, leading to an economic boom that turned into a series of downturns in credit markets and an eventual bust with far-reaching consequences.

The Provident Institution for Savings opens in Boston Massachusetts.

The US Government Authorizes the use of gold certificates.

The national railway system is created but the stock market in Europe crashes causing a major drop in railroad investment, and the largest US bank crashes. This recession continued until 1879.

The Reading Railroad, one of the country’s largest employers, fails and stocks plummet leading to the collapse of several other railroads. Citizens start hoarding money, and the stock market crashes.

The National Association of Realtors is established in Chicago to expand real estate opportunities.

The central banking system for the US is created.

Caused by the crash of the stock market and a steep drop in consumer spending and investment, the longest and most severe downturn for the US economy begins.

President Franklin D. Roosevelt allowed the US Department of Treasury to issue a new type of security known as the ‘savings bond’ to encourage saving among US citizens during the Great Depression. In March of the same year, the first bond sells for $25.

US factories began to produce much-needed supplies for WWII, creating jobs and leading to an economic boom. Women enter factories to work and men fight overseas, leading to multi-income households. After more than a decade the Great Depression ends.

The first multipurpose charge card “Diners Club” is created by accident when Frank McNamara, a well-known businessman, forgets his wallet while dining and pays using a small cardboard card.

The New York Stock Exchange (NYSE) switches over to a computer-automated trading system.

President Richard Nixon decided the US would no longer allow foreign banks to turn in USD for gold to address a growing inflation problem in the US.

The gold standard system that turned the USD into international currency collapses.

Investing in technology, especially computer technology, becomes popular with the advancement of companies like Apple and Microsoft.

Food, finance, and other companies provide unique investment opportunities, leading to a rise in investments in Coca-Cola, Procter & Gamble, and Phillip Morris.

The war in Iraq causes oil prices to soar and the economy slows down, creating a 7% pricing drop for homes. This downward trend continued until 1997.

Largest crisis since the Great Depression. It hit on a global scale, affecting more than the US economy. Low housing prices and finance options led to individuals buying homes they couldn’t afford. To keep up with the market, lenders of various types sold mortgages on secondary markets so they could continue to finance homebuyers. Those mortgages were repackaged and sold to investors as mortgage-backed securities that weren’t worth the paper they were printed on.

Partly in response to the Great Financial Crisis, Bitcoin became the first cryptocurrency to offer investment opportunities and a pathway to decentralized finance.

A global recession begins in February of 2020 due to the Covid-19 pandemic. Businesses big and small close their doors, workers lose jobs, spending decreases due to the financial crisis, and the world economy takes a hit.

GameStop stock skyrockets thanks to Redditors upsetting Wall Street investors who borrowed the stocks with the idea to short-sell them. 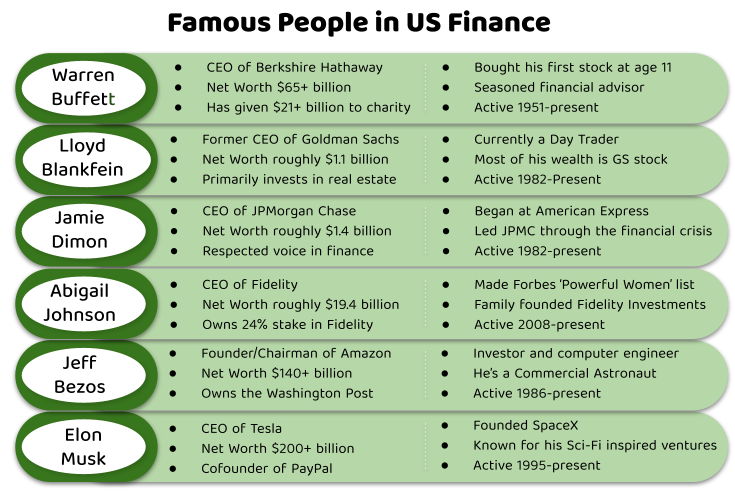 Investing in Your Future

In addition to saving and creating a budget, a huge part of financial planning is deciding when and if you plan on investing in assets. Investing your money can potentially increase your financial health. Savings accounts gain some interest but essentially the money sits there waiting, growing at a predetermined rate. It’s an excellent way to start securing your financial future but there’s more you can do.

When you invest your money it goes to work for you. Investing creates the potential for long-term returns, reinvestment funds, and additional savings deposits. It may even help you beat inflation if you choose assets that exhibit capital growth.

Stable investments are considered safe to invest in at any time, as they generally don’t undergo much change in the market. Volatile investments fluctuate but that doesn’t mean you shouldn’t invest, it simply means there’s a risk of a sudden change in value.

If you’re a first-time investor you may want to consider stable investments over volatile ones, but it depends on factors like your age and risk tolerance. Also, look for deep value or value stocks — these stocks and companies have good prospects and sound fundamentals. You can find a list of stable versus volatile investments in the table below, as well as a few options that can be considered if the right conditions exist.

For financial advice at any investor level, take a look at some of the podcast recommendations in Understanding and Celebrating Financial Awareness Day. There’s something for people of all financial literacy levels.

How to Protect Yourself in a Financial Downturn

Fluctuations in your finances and the economy are bound to happen, history has taught us that much. Fortunately, you can prepare yourself before and protect yourself during times of financial crisis using the following tips.

✅ Stick to Your Budget

A financial crisis isn’t the time to be buying big ticket items or ignoring your budget. If anything you should tighten your budget, cutting out any purchases that aren’t necessary. When wrestling with a big purchase decision, don’t make rash choices. Give yourself time to talk it over with a trusted friend or financial advisor. That way you can make an informed decision.

Try to avoid taking out high-interest credit lines with large limits, especially if you’re just starting to try and build your credit. Try to look for credit or store cards (e.g Amazon, Home Depot, Walmart) with $300-$500 limits — low limit options are a good place to start. Always check interest rates, late fees, and annual fees before committing to a line of credit. As your financial situation and credit score improve, you can increase your spending limit if necessary.

Most banks and even some mobile phone providers report to credit agencies, so be mindful of paying these bills on time as they could impact your overall score. It’s also important to protect yourself against identity fraud in the digital age, where most accounts are accessed via the internet.

✅ Get a Second Source of Income

Look for a temp position or pick up a second job if you have the time. An extra 10-30 hours every two weeks won’t put too much of a cramp in your lifestyle and provides additional funds to spend, save, or invest. You can also inquire about picking up additional shifts or hours where you already work, instead of looking to an outside source. The worst they can do is tell you there’s nothing available.

Determine your monthly expenses, then try to keep at least that much in an emergency fund or savings account. I can tell you from experience, it’s harder than it sounds. Still, any amount that you can squirrel away each month is better than having no backup at all. Besides, by saving little by little you’ll reach your desired emergency fund amount eventually.

Diversifying your investments is the financial equivalent of not putting all of your ‘eggs’ in one basket. Don’t focus on a singular asset, try spreading your investments across several areas you’re interested in. This helps hedge against a complete investment meltdown if one of your assets tanks in the market.

Secure Your Finances in Any Economy

The US economy frequently undergoes downturns as the nation continues to grow, but this is not characteristic of the US alone. Long periods of growth followed by slowdowns (or even contractions) seem to be a trait of all capitalist economies.

Is there an economic system that would be better for the US than the current one? Possibly. However, until we implement it, free market capitalism that slightly favors those with a lot of capital is what we’ve got.

While you may not be able to do much to change macroeconomics right now, you can take concrete steps to protect yourself in any market — all you need is a bit of preemptive planning. Budget accordingly, invest carefully (and only whatever money you can afford to lose), and don’t be afraid of a little hard work. Last, but certainly not least, please do not make investment decisions solely based on what you hear in the media.

What is the economic system in the United States?

Capitalism is the current economic system in the US, though the past few years have seen an increased interest in socialism. Most of this interest was increased by a large showing of millennial support for Senator Bernie Sanders during his 2016 and 2020 campaigns. Senator Sanders is the longest-serving Independent party member in congressional history. Some of his views, especially concerning healthcare and education, are considered socialist.

Is capitalism the best economic system?

There’s no way to answer that honestly. Both primary economic systems have pros and cons. Socialism arguably hands over too much control to the government, while capitalism allows a minority of the population to control the bulk of a nation’s wealth. The wrong mix of both can also lead to issues, as seen in some communist countries.

How many recessions has the US been through?

According to the National Bureau of Economic Research, the US has seen 19 major recessions in the 20th Century. Earlier recessions were not as well recorded, though there were 4 of note between 1797-1893, including the Reading Railroad collapse. Some statistics put the US at an average of one recession every 6-10 years.

Are there any safe investments during a financial recession?

CDs and high-value stocks are some of the safest options during a downturn. A good financial advisor can find ways for you to invest in US stocks safely during a financial recession or economic crisis. Our list of stable and volatile investments above also offers ideas for safe investments during any economic period.