We always had the real trump card: Encryption 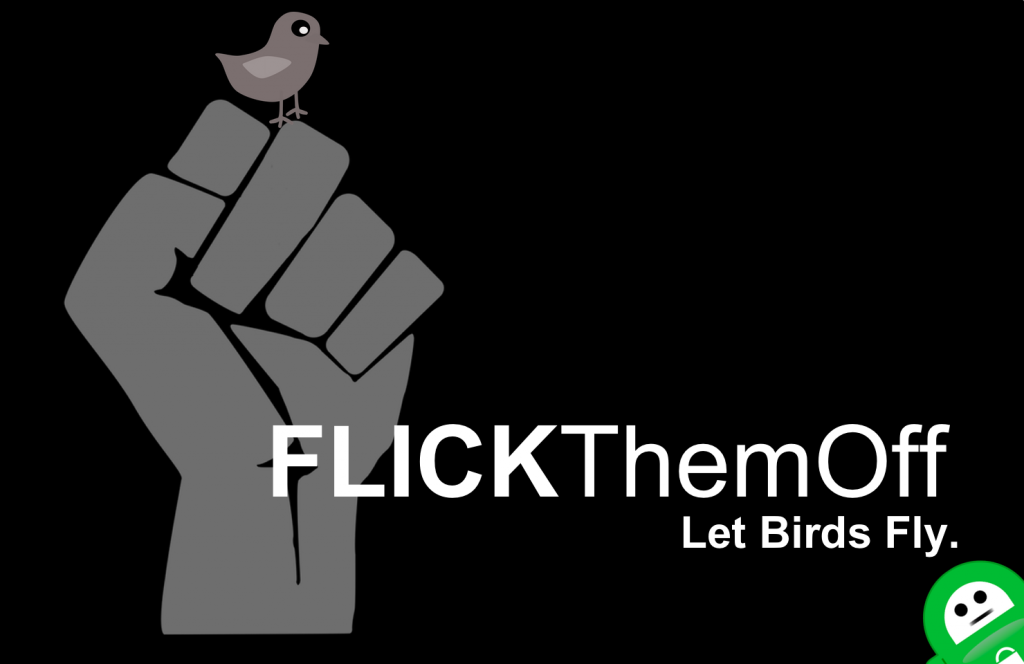 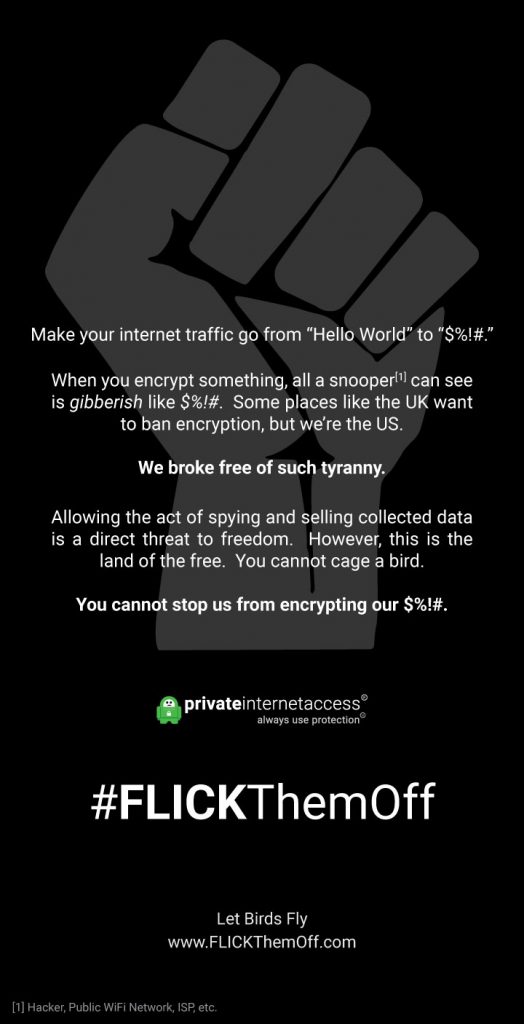 Encryption: Make your internet traffic go from “Hello World” to “$%!#.”

Mankind creates technology, and of all eras thus far, we are the technology era.

We come in peace, but we come prepared.

We are the people, and we will always be ahead of those seeking to enslave us.

All people were created equal.

Government officials can create laws, but we can create technologies.

Mankind created encryption, and it makes things unreadable. Encryption exists, and all mankind will use it ?. They censor us, so we’ll censor ourselves too… from them. How do you tell someone to ^%#% off? You make it so all they see is you FLICKing them the ^%#% off.

And please remember, society is big, and we are one in solidarity. Just band together. We the people are the most powerful force in the world.

Let’s #FLICKThemOff and fly to freedom.