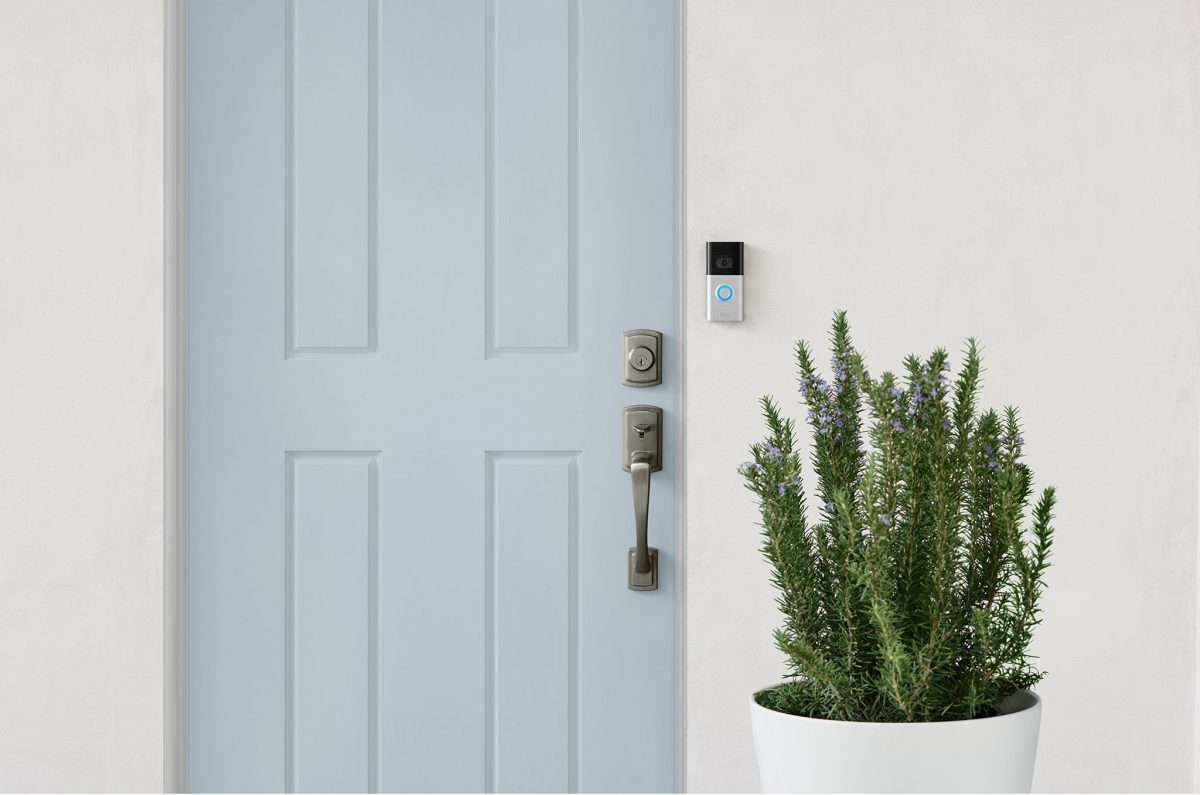 Back in July last year, this blog wrote about Amazon’s Ring series, whose key product is a small Internet-connected camera built into a doorbell. At that time, it was already clear that the system posed a serious threat to privacy, particularly in the urban context. Since then, there has been a massive rise in the number of Ring installations in the US, with often dozens along a single street. At the same time, the number of US police departments that have partnered with Ring’s law enforcement network has also increased greatly. In addition, new problems with the system have emerged. For example, Gizmodo discovered that network traffic from the associated Neighbors app, advertised as a way to receive real-time crime and safety alerts from the local police, also contained unexpected data. It includes hidden geographic coordinates that are connected to each post – latitude and longitude with up to six decimal points of precision, accurate enough to pinpoint “a square inch of ground”.

An investigation by the Electronic Frontier Foundation (EFF) found that the Ring doorbell app for Android was “packed with third-party trackers sending out a plethora of customers’ personally identifiable information”. The EFF’s research discovered that four main analytics and marketing companies were receiving information from the app that included things such as the names, private IP addresses, mobile network carriers, persistent identifiers, and sensor data on the devices of paying customers. Also potentially concerning is the fact that Amazon keeps records of every motion detected by its Ring doorbells, as well as the exact time they are logged down to the millisecond. Conscious of the growing concerns about privacy, Amazon has improved account security and privacy control, although not significantly.

The police connection is even more problematic. A number of articles have explored whether the partnerships with local law enforcement have produced any results in terms of catching criminals and reducing local crime. According to an NBC news investigation, Ring claims that an installation of its doorbell cameras reduces burglaries by more than 50 percent. But after interviewing 40 law enforcement agencies in eight states that have partnered with Ring for at least three months, NBC News found “there is little concrete evidence to support the claim.” Another investigation by Cnet reached the same conclusion. It looked at property crime statistics from three of Ring’s earliest police partners, and compared the situation before and after working with Ring. The investigation found “minimal impact from the technology“.

One of the principal concerns with the police use of Ring systems is that this could lead to routine facial recognition techniques being deployed. Earlier this year, the journalist Cyrus Farivar found a video from Ring that appears to be a sales pitch to police departments. It includes a statement that future versions of Ring will include “person recognition“. But in response to Farivar’s questions, Ring’s spokesperson said: “The features described are not in development or in use, and Ring does not use facial recognition technology…” At the same time, Ring is clearly considering that option, as an article in Ars Technica noted:

Ring last week distributed a confidential survey to beta testers weighing sentiment and demand for several potential new features in future versions of its software. According to screenshots shared with Ars, potential new features for Ring include options for enabling or disabling the camera both physically and remotely, both visual and audible alarms to ward off “would-be criminals,” and potential object, facial, and license plate detection.

In any case, there is evidence that some police forces are keen to apply their own facial recognition capabilities to data from Ring cameras. This is particularly troubling given another idea police are exploring in the US:

Police in Jackson, Mississippi, have started a pilot program that would allow Ring owners to patch the camera streams from their front doors directly to a police Real Time Crime Center. The footage from your front door includes you coming and going from your house, your neighbors taking out the trash, and the dog walkers and delivery people who do their jobs in your street. In Jackson, this footage can now be live streamed directly onto a dozen monitors scrutinized by police around the clock. Even if you refuse to allow your footage to be used that way, your neighbor’s camera pointed at your house may still be transmitting directly to the police.

Nor is this is a matter of basic facial recognition. The EFF found in some recent research that more than 35 law enforcement agencies use advanced video analytics technology that brings a range of capabilities to the police forces applying them to video streams. These include searching through hours of footage from cameras at different locations in order to home in on a particular face or a specific colored backpack, for example. “Unusual motions” can be detected in scenes, and searches conducted that pick out clothing based on color, accessories or hair. Other advanced capabilities includes proximity detection, and skin temperature.

All of those tools require multiple feeds of video data. That is precisely what Ring doorbells provide. As more people install them and make some or all of their data available to law enforcement, the possibilities that flow from linking them together using advanced analytics become richer. Moreover, as computers become cheaper, and software more powerful, these kind of capabilities will inevitably seem even more attractive to police departments constantly under pressure to do better. We can expect this kind of blanket urban surveillance, conducted not by the authorities directly, but using millions of Ring video streams from private homes, to become increasingly common. Now would be a good time to ask whether that’s really a good thing.