The liberties of our parents are not being inherited by our children – they are being lost wholesale in the transition to digital. Today, we’ll look at the importance of posting anonymous public messages. 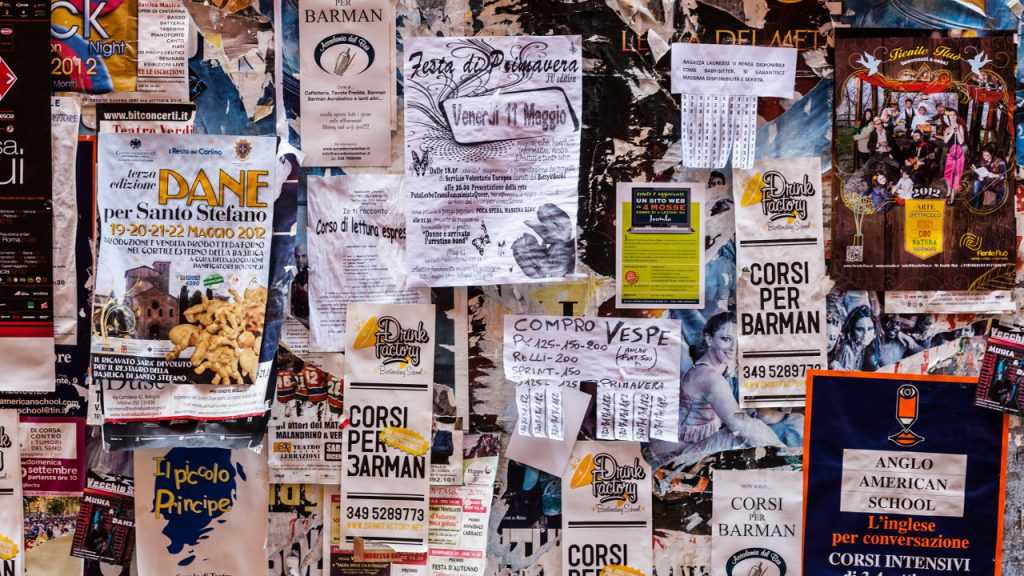 When I was in my teens, before the Internet (yes, really), there was something called BBSes – Bulletin Board Systems. They were digital equivalents of an analog Bulletin Board, which in turn was a glorified sheet of wood intended for posting messages to the public. In a sense, they were an anonymous equivalent of today’s webforum software, but you connected from your home computer directly to the BBS over a phone line, without connecting to the Internet first.

The analog Bulletin Boards are still in existence, of course, but mostly used for concert promotions and the occasional fringe political or religious announcement.

In the early 1990s, weird laws were coming into effect worldwide as a result of lobbying from the copyright industry: the owners of bulletin board systems could be held liable for what other people posted on them. The only way to avoid liability was to take down the post within seven days. Such liability had no analog equivalent at all; it was an outright ridiculous idea that the owner of a piece of land should be held responsible for a poster put up on a tree on that land, or even that the owner of a public piece of cardboard could be sued for the posters other people had glued up on that board.

Let’s take that again: it is extremely weird from a legal standpoint that an electronic hosting provider is in any way, shape, or form liable for the contents hosted on their platform. It has no analog equivalent whatsoever.

Sure, people could put up illegal analog posters on an analog bulletin board. That would be an illegal act. When that happened, it was the problem of law enforcement, and never of the bulletin board owner. The thought is ridiculous and has no place in the digital landscape either.

The proper digital equivalent isn’t to require logging to hand over upload IPs to law enforcement, either. An analog bulletin board owner is under no obligation whatsoever to somehow identify the people using the bulletin board, or even monitor whether it’s being used at all.

The Analog Equivalent Privacy Right for an electronic post hosting provider is for an uploader to be responsible for everything they upload for the public to see, with no liability at all for the hosting provider under any circumstance, including no requirement to log upload data to help law enforcement find an uploader. Such monitoring is not a requirement in the analog world of our parents, nor is there an analog liability for anything posted, and there is no reason to have it otherwise in the digital world of our children just because somebody doesn’t know how to run a business otherwise.

As a side note, the United States would not exist had today’s hosting liability laws in place when it formed. A lot of writing was being circulated at the time arguing for breaking with the British Crown and forming an Independent Republic; from a criminal standpoint, this was inciting and abetting high treason. This writing was commonly nailed to trees and public posts, for the public to read and make up their own minds. Imagine for a moment if the landowners where such trees happened to stand had been charged with high treason for “hosting content” — the thought is as ridiculous in the analog would, as it really is in the digital too. We just need to pull the illusion aside, that the current laws on digital hosting make any kind of sense. These laws really are as ridiculous in the digital world of our children, as they would have been in the analog world of our parents.