Called it: The TTIP (“the US-European TPP”) is all but dead 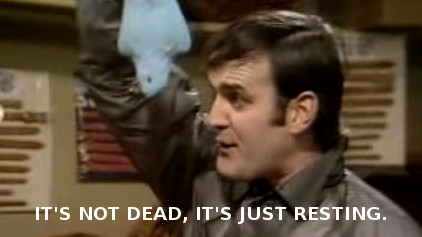 The TTIP is all but dead: it will never happen. That’s my professional political opinion after Germany and France have said that it’s stalled and called for its scrapping, respectively. I predicted this several months ago on this blog.

The reason the United States is choosing to negotiate two different agreements this time to try to give benefits to U.S. corporations, at the expense of everybody else’s business and liberty, is spelled ACTA. That was the most recent attempt of a worldwide rent-seeking agreement that ended abruptly in 2012. The mistake the US negotiators did in attempting ACTA was to try to make it one global agreement covering every economy but China, in a very thinly veiled attempt to make that someone in particular fall in line.

On July 4, 2012, the European Parliament refused its consent to the ACTA treaty, effectively declaring Europe’s independence from American special interests. ACTA was dead. Not just in Europe, but globally. This set the stage for today.

Therefore, the US is trying two different agreements this time – TPP westbound toward the Pacific, and the TTIP eastbound toward Europe. And now it seems that the TTIP is definitely dead, which I predicted several months ago, which in turn means that the purpose of the TPP has also failed.

When you know what a process like this is supposed to look like, and the process increasingly doesn’t happen that way at all, while the negotiators start talking about needing more time, that’s when you can tell it’s probably not going to reach the finish line. That’s how you could see this coming for a while, if you knew what to look for.

It’s important to understand that Europe’s decision process in practice differs remarkably from the theoretical one. The theoretical model is extremely convoluted. In practice, it works this way: When Germany wants something and France doesn’t oppose it, that’s what Europe decides. When Germany and France remarkably find themselves agreeing on something, that’s definitely what Europe decides.

That’s why it’s practically definite that TTIP is dead when Germany and France say so. In this context, Italy’s response of “TTIP is inevitable” is mostly to be regarded as comic relief. (And by the way, Italy’s desire to prohibit US manufacturers from calling their prosciutto and dried ham “Parma ham” – suggesting it comes from Italy – is quite likely a deadlock reason, says my professional political experience.)

Interestingly, my same gut feeling also says that the defeat of ACTA in Europe in 2012 is a major reason European politicians are rejecting what’s basically the same thing all over again. The rejection of ACTA was a major embarrassment to a lot of policitians, and those same politicians can already feel the fire under the feet all over again with activists gearing up against TTIP. If it’s anything politicians steer clear of if they can, it’s just that – embarrassment.