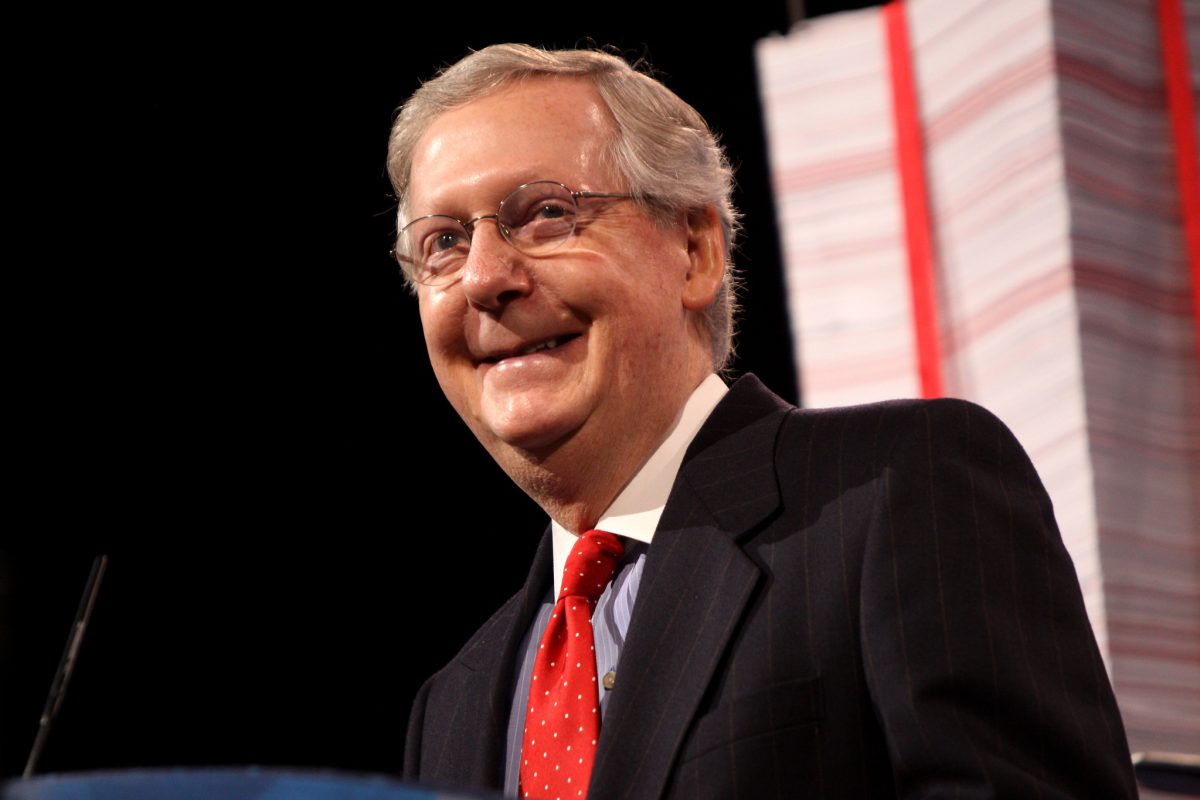 The infamous Patriot Act, which uses the threat of terrorism to expand surveillance over American citizens, is up for renewal under the USA FREEDOM Reauthorization Act – which is set to be voted on soon. Specifically, Section 215 of the Patriot Act allows the government to ask record keepers for records relating to ongoing investigations. As if the original phone metadata siphoning provisions of the Patriot Act aren’t enough, Senator Mitch McConnell (R-KY) has introduced an amendment which would allow the Department of Justice (DOJ) to have access to anybody’s web browsing and search history under Section 215.

The impetus of the reauthorization amendment is the ongoing investigation into President Trump and possible collusion with the Kremlin. Essentially, the amendment allows Attorney General Bill Barr to look at the web browsing history of any American without a warrant – citizen or not – if he simply claims that it is related to the ongoing investigation. Senator Rob Wyden (D-OR) explained to The Daily Beast:

“Under the McConnell amendment, Barr gets to look through the web browsing history of any American—including journalists, politicians, and political rivals—without a warrant, just by saying it is relevant to an investigation.”

Senator Wyden has been a vocal opponent of both the McConnell Patriot Act amendments and the EARN IT Act – both of which serve to drastically increase the powers of Attorney General Bill Barr. Where the Patriot Act uses the threat of terrorism to expand surveillance powers, the EARN IT Act uses the threat of child exploitation to fundamentally break free speech protections on the internet. Wyden told The New Republic:

“Together, EARN It and Mitch McConnell’s Patriot Act amendments would give the most corrupt attorney general of our lifetime unprecedented ability to pry into everything Americans do and say online. It would be an unconscionable mistake for Democrats to hand Donald Trump and Attorney General Barr these sprawling powers, especially during the Covid-19 crisis, when Americans are spending more and more time on our devices.”

With the ongoing COVID-19 pandemic, it seems that politicians are trying to pull a fast one on the American public while everyone is distracted. In opposition to the proposed amendments to the Patriot Act, civil liberties groups from both the left and the right have circulated a letter which calls for support of the privacy protecting amendments to the USA FREEDOM Reauthorization Act and opposition to the privacy weakening amendments such as those put forth by Senator McConnell. Groups that signed onto that letter include the NAACP, the Human Rights Watch, Access Now, and the American Civil Liberties Union (ACLU)

Neema Singh Giuliani of the ACLU explained to The Daily Beast that this fight is about keeping web history and search history out of the DOJ’s surveillance wheelhouse, that McConnell’s amendment:

“can be read that some type of collection [on internet records] is appropriate, and leaves it up to leadership at the Justice Department. But the goal is not to leave this up to a DOJ determination, regardless of what administration you’re in, but giving the sense that search and browsing history is something you can’t collect under 215.”

Now is the time to reach out to your state’s Senators and implore them to oppose these amendments to the USA FREEDOM Authorization Act – and the EARN IT Act while you’re at it. The governments of the world are seeking to expand their surveillance powers under the cloud of COVID-19 – and the United States is no different. Internet privacy deserves its day and we must oppose warrantless siphoning of web browsing and search history at all costs to protect it.

Update: A move by Senator Wyden to block the McConnell amendment was defeated by 1 vote on Wednesday May 13th, 2020.

Featured image by Gage Skidmore featured via CC By 2.0 License.