Elections, the Internet, and the Power of Narrative 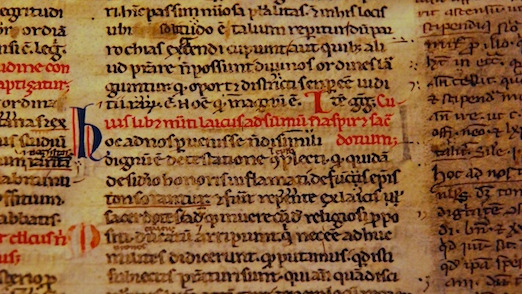 Once again, the struggle over the Power of Narrative has been laid bare – just as it was in the 1530s and countless other times in history. Once again, a colluding establishment had decided to tell a unified story as The Truth, only to be shattered by new communications technology revealing the collusion and a set of alternative, unapproved talking points. This has happened before, and this will happen again, and it is the biggest power shift that can happen in society – far greater than an election.

Elections are ultimately about violence. Since the Treaty of Westphalia in 1648, far predating modern democracy, states have taken upon themselves to enforce a certain set of rules on their population – with violence, if need be. The territorial governments under the Treaty of Westphalia – loosely what we call “countries” today – therefore have a monopoly on exercising lawful violence against bad people. This mechanism remains with modern voting, which therefore becomes an indirect way of wielding violence against those bad people.

Therefore, it is – and has always been – the ultimate power in society to be able to tell who the good people and the bad people are. We call this the Power of Narrative: being the storyteller and the ultimate arbiter of truth from lie. If you can tell the electorate who the bad people are, you will cause the electorate to wield their indirect violence against those you declared bad.

Sometimes, I give people the thought experiment of what they’d do if they could write all the world’s news for a week, with the premise that it would be accepted as unconditionally true. What would they write, what would they make happen? Some people think in terms of being famous, others in terms of getting rich. That’s missing the point. If you’re holding the Power of Narrative, you don’t need money ever again in your entire life; you could literally be a walking god among men, at least as far as they’re concerned. The Power of Narrative, the ability to tell other people what is true and false, that’s the greatest power that has ever existed in any society of people, from savannah-tribe size and up.

When you can tell somebody it’s in their best interest to give you something or do something for you, and they believe it, they’ll walk away happier for doing so. The Power of Narrative is profound.

The Internet has already changed everything, and the established media have no idea just how deep the rabbit hole goes. The web is not another type of brochure.

All this has happened before, with the printing press, in 1453-1648 (ending with the peace terms laid out in said Treaty of Westphalia). Therefore, we can learn something from what happened last time around.

That time, the Catholic Church had a monopoly on making books, because all books were copied by hand in monasteries. Also, all books were in Latin, which only the clergy could read. Therefore, all information distribution was interpreted by the local clergy, since it was distributed in Latin, and therefore, the Church had a complete Power of Narrative.

This Power of Narrative was broken by a chain of events: the Gutenberg printing press in 1453 which combined the four previous inventions of cheap rag paper, metal movable type, oil-based ink, and the squeeze press; Martin Luther’s protest against the abuse in the Catholic Church of their Power of Narrative (they were using it to sell salvation in order to raise funds) and Luther’s subsequent banishment from Catholic lands; and last, the same Luther’s printing of bibles in German and French.

That last event in the chain – printing bibles in translation, in non-Latin versions – led to over a century of civil war in Europe, ending with the Treaty of Westphalia, which established (among other things) that every country had the right to set its own terms for law and order, enforcing this law using local police, without interference from others – a principle that underlies modern elections.

That’s what can happen when ordinary people get the power to read for themselves without an interpreting gatekeeper, when bibles were distributed in languages that people could read directly – and once they have tasted that power, they cannot unlearn it, just as the previous gatekeepers can’t unlearn thinking they’re still being gatekeepers, and entitled to staying gatekeepers. This in turn, combined with the availability of the printing press, led to an explosion of printed ideas among the most ordinary people, leading to completely unauthorized ideas taking hold and challenging the status quo.

So the last time the Power of Narrative was broken, and an arbiter of truth dethroned, we had over a century of civil war – a war that was about the power of telling the good people from the bad people.

We haven’t seen anything yet. The Internet is just in its infancy, and just as the Catholic Church was incapable of unlearning their gatekeeper position, so are today’s media and establishment. The best parts of this struggle are yet to come.

Strap in, we’re in for a ride that’s lasting generations.