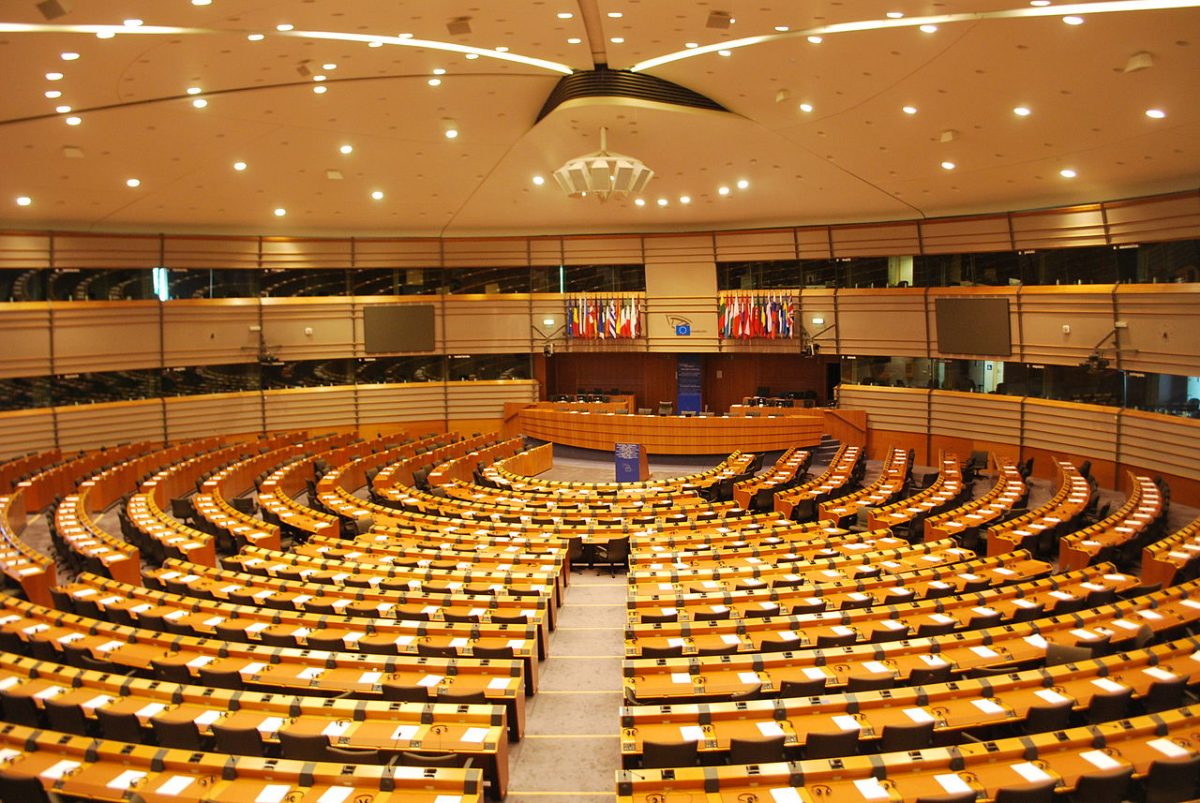 Privacy News Online has written a couple of times about the major review of copyright law currently underway in the European Union. It’s pretty bad: there are proposals to bring in a “snippet tax” as well as a requirement for sites to filter all uploads. The hope was that as the draft text passed through the European Union’s legislative machinery, the more outrageous suggestions would have been dropped as people realize the damage they would cause to the Internet in Europe. In fact, the opposite has happened.

For example, the “snippet tax” would require commercial sites that quote even tiny portions of online press publications to pay a licensing fee for each one. Given the way social networks constantly quote and cross-link information, that’s clearly absurd. And yet the Industry, Research and Energy (ITRE) committee of the European Parliament has come up with a cunning plan to make it even worse. It wants the snippet tax to apply to physical publications as well as digital ones:

“Print editions are worth as much protection as digital editions. For this reason it is essential to ensure that rights are granted for both digital and non-digital use and remove any wording that can exclude non-digital uses.”

The ITRE committee managed to wreak even more havoc by changing just one word in the original text of the proposed copyright directive. For the snippet tax, the European Commission had explicitly excluded scientific publications from the scope of the law:

“Periodical publications which are published for scientific or academic purposes, such as scientific journals, should not be covered by the protection granted to press publications under this Directive.”

ITRE wants to replace the word “not” with “also”, thus making it a requirement for journal quotations in a published academic paper, no matter how small, to be licensed. As the Pirate Party’s representative in the European Parliament, Julia Reda, pointed out, this would effectively kill what is known as “open access”.

In an attempt to widen access to academic knowledge, journals published as open access make all their content freely available under permissive Creative Commons licenses. The idea is to encourage people to share that content as much as possible. But if the ITRE amendment is accepted, it would be necessary to obtain a license to do so. Even if that permission were given freely, as it surely would, it adds an extra barrier to sharing knowledge. Similarly, open access titles would need to obtain licenses for snippets from other journals that were included in their papers. That situation is ironic given that ITRE is the committee that is tasked with promoting research, and has hitherto been a staunch defender of open access, as Reda points out.

Just as the ITRE committee wants to make the snippet tax even worse, so the Culture and Education (CULT) committee of EU politicians has come up with a way to make the upload filter dramatically more ridiculous. If the CULT committee’s amendments are adopted in the final law, EU citizens will no longer be able to upload copies of copyright material to the cloud, even if they have acquired them legally. The EDRi digital rights group explains why that is even more outrageous than it seems:

“Under the CULT “compromise amendments”, it would no longer be possible to store legally acquired music recordings video files or any other copyrighted content on European cloud storage services. This is despite the fact that Europeans already pay hundreds of millions every year in levies (3,2 billion euro [about $3.7 billion] in the first half of this decade) to compensate rightsholders for making copies of legally obtained copyrighted works. Despite this, European cloud services would have to install filters to either block uploads or pay “fair” licenses for any copyrighted material that was uploaded. (Non-European services, on the contrary, would have nothing to worry about.)”

That is, in many European countries, consumers already pay a levy to the copyright industry in order to be allowed to make legal copies of their digital files. And yet even though they have paid twice – once for the content, and then again for the levy – they will not be allowed to upload their files unless the cloud services pay a third time for a further license.

The EDRi post points out another extraordinary feature of the move by the CULT committee. Earlier this year, it adopted an amendment to a different EU directive. In that case, the amendment prohibited the use of upload filtering as a method of restricting hate speech and terrorist content, including “for the most harmful content”. In other words, CULT thinks that censoring terrorist content is an unacceptable infringement of personal freedoms, but is fine with doing exactly the same to “protect” the copyright industry from people uploading legally acquired material.

An important aim of the proposed EU copyright directive is to make it easier for Europeans to enter and operate in the fast-developing field of text and data mining, where large-scale analysis of massive data stores is used to extract new and interesting information. Originally, the EU copyright directive restricted the new text and data mining exception to academics. Sensibly, ITRE wants to extend that to include startups, but only for the first three years of their existence, and while they have fewer than 10 employees. That constraint pretty much guarantees that text and data mining startups won’t choose the EU for their base, but will go elsewhere where governments are more understanding of their needs.

There are a couple more European Parliament committees that will offer their views and amendments: the Civil Liberties, Justice and Home Affairs (LIBE) Committee, and the Legal Affairs (JURI) Committee. The latter is the most important, because it will prepare the final report that is presented to the European Parliament for a final vote. Unfortunately, the previous “rapporteur” – the Member of the European Parliament (MEP) who is tasked with shepherding the directive through the legislative process – Therese Comodini Cachia, has left to go back to her native Malta. Taking her place is the German politician Axel Voss. His political group, the EPP, has just published its views on the copyright directive, which largely back the European Commission’s original proposals, unsatisfactory as they are.