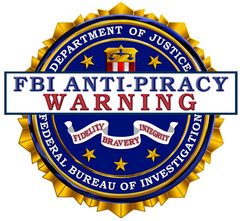 Your BitTorrent downloads are very public, and Suren Ter, the producer behind  YouHaveDownloaded.com, has helped to raise public awareness on this reality.  We sat down with our friend, Suren, to discuss the idea behind YHD, piracy, and the future of file sharing.

Please give the world a brief introduction about yourself, such as past projects, interests, beliefs?
I’m a mathematician. I’m not great with people but I’m good with abstract ideas. All of my projects have the same influence and characteristics. For example, XMLShop.com is an automated drop-shipping system. Then, there’s SEMrush.com, a competitive intelligence tool. They have teams, of course. But if the team were to disappear one day, customers wouldn’t notice for weeks. When it comes to beliefs, I have none. I’m a facts and numbers guy. Having beliefs indicates a lack of knowledge and/or the ability to draw conclusions based on known facts. I have no problem admitting when I have no knowledge of something, so I simply don’t need to believe.

Why did you create YouHaveDownloaded?
It started as a joke. We were talking with two other guys, having a beer and a few laughs. Some guys talk about football, other guys talk about girls – we talk about P2P protocols, social aspects of file sharing and privacy concerns. Some conversations end up in a bar fight, some end up in hangovers (most of them, actually) – our conversation ended up in a little coding. By the way, just to prevent nerd jokes, all of us are pretty successful with girls and money . We just find complicated ideas a bit more interesting then discussions about whether John Doe hit a ball or not.

What roadblocks or difficulties did you face when launching and operating YHD?
You must be kidding. What obstacles could such a simple site have? Actually, the only challenge was Facebook. They turned off the Facebook login when they saw too many registrations. It was a minor inconvenience though. The website had up to 4 million visitors per day. But my system administrator is one of the best. Ilya (the coder) is a very smart guy as well. The system only utilized less than 10% of its capacity and it is just one server.

What are your predictions for the future of file sharing?
I think new, anonymous protocols will surface pretty soon. They’ll make file sharing “safer” in legal terms. On the other hand, initial copies will get digital watermark fingerprints. It will still be possible to share but the copies will be traceable to the first uploader. For the rest, it’s a never ending power struggle or as I like to say, “A fight between the bullet and the armor.”

Do you think your site has helped people become more aware of the privacy risks when file sharing?
Definitely! However, the majority is too dumb to learn anything. For example, we get the same question about dynamic IP at least ten times a day. The answer is right on the first page. It’s on every page, actually. Ignorance is bliss but most people abuse it. They never really learn, they just get used to something.

How did you handle the load on your site when you were being linked to from everywhere?
As I mentioned before, it was quite easy. When visitors search for something on the website, there’s a small pop-up that jumps out and offers you to “like us while you’re waiting”. That’s an artificial delay. We can return results in milliseconds. The pop-up and delay was my idea just to collect more likes.

Have you ever thought of selling your data to the RIAA/MPAA?
Nah. First of all, they have their own data. Second of all, they’re arrogant jerks. I don’t like to deal with people like that. I think of them as the inquisition. They took a promising idea and turned it into a giant sledgehammer to crush others for profit.

What are your moral views on piracy?
Just like I told a French journalist and to the lady at the Washington Post, pirates are thieves and they do steal. Yeah yeah, “when I steal your DVD, you have no DVD, but when I copy a file, you still have a file” – I get that BS. We all know that it’s BS too. However, SOPAs and PIPAs create tyranny. If given the choice between thieves and tyranny, I’d rather stay with the thieves. That reminds me of a piece of history…at the beginning of Nazi Germany, a lot of Germans didn’t pay the public transportation fare. But young Nazis decided to put an end to that. They stopped busses and shot several gatecrashers dead. That’s when things changed. You can say the gatecrashers brought it on themselves. The truth is it’s cruel, but effective. The problem is that it didn’t stop there and we all know what happened next. See, I was born in the Soviet Union and I’ve seen things that, for you, would be an abstract social theory. The US is going in a very wrong direction here.

What are your thoughts on bitcoins?
There are two aspects. Scientifically, it’s a very neat algorithm. Kudos to the inventor – the guy (or team) is brilliant. Socially – it’s another great thing. It’s a new, perfect gold. If some big social network (hmm, who might that be?) or a big social network game manufacturer (hmm, and who might that be?) started using bitcoins as in-game currency…Wow. It would create initial demand. It’s hard to predict the outcome. But it will be outrageous for sure. It’s a distributed and corruption-free Federal Reserve. Governments will need new underwear. A lot of new underwear. It seems like the inventors realize where it fits pretty well. The creator has been hiding for a reason. If I were in his shoes, I’d be hiding too 

Do you have any projects in the pipeline you would like to announce?
SEMrush.com is the interesting one. It’s not necessarily in the pipeline in terms of being new. But we are constantly adding many new features. Some idiots were concerned about the privacy invasion of YHD. Ha! SEMrush.com – that’s a real invasion of privacy. It reveals the commercial secrets of large corporations. YHD is just a toy. SEMrush is the real thing.

Do you have any other words you would like to share with the world?
I’m not so good with words. I’d rather share some real stuff with the world 