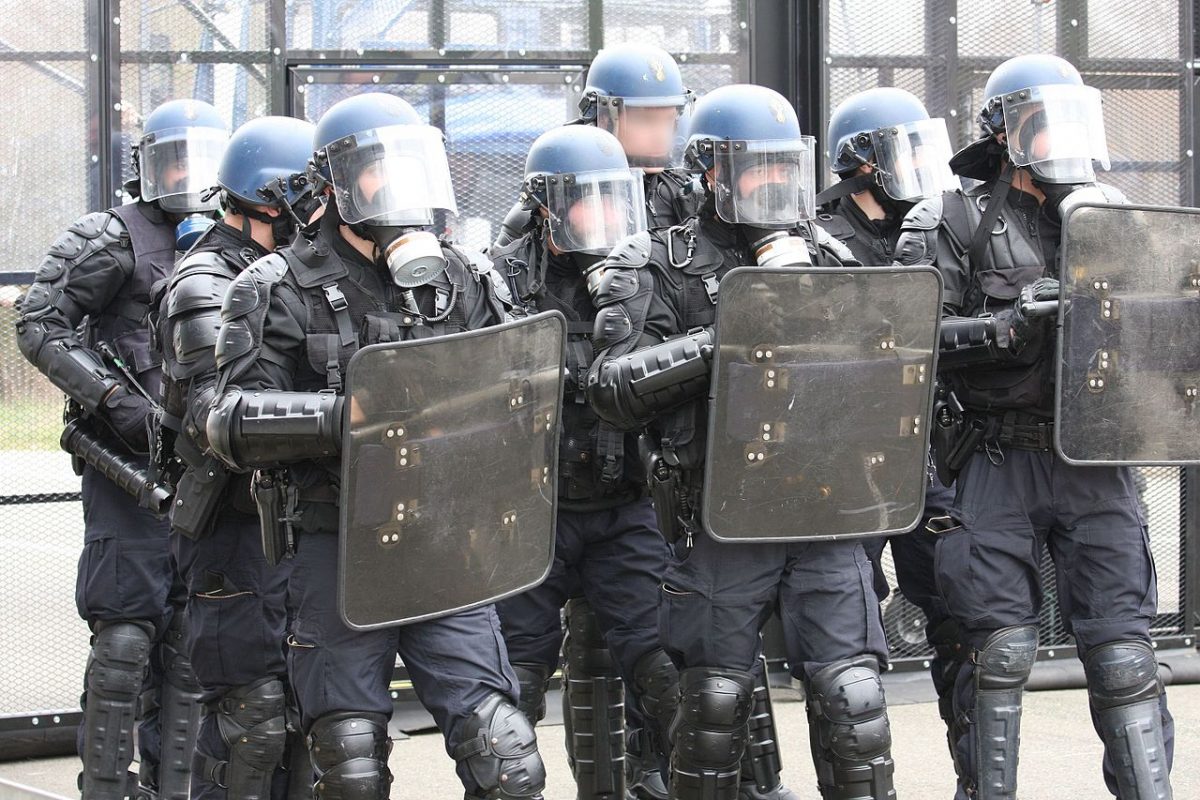 For the second time in a week, demonstrations took place across France against a new “Global Security Law”. The proposed legislation would bring in wide-ranging police surveillance in France, but the main concern of demonstrators is Article 24, which is designed to penalize the “malicious” dissemination of images of French police officers:

Pending legislation in France’s parliament would create a new criminal offense for publishing images of police officers with intent to cause them harm. Offenders would face a maximum penalty of up to one year in prison and a 45,000-euro ($53,000) fine.

The French government says the measure is to protect police officers from online calls for violence. But critics point out that it would hinder the legitimate work of journalists reporting on police brutality, and would also discourage members of the public from filming the police committing crimes. These are particularly relevant concerns given two recent cases of police brutality in France. In July, three police officers were charged with the manslaughter of a man of North African heritage, in part thanks to a video recorded by a member of the public. More recently, a video was posted of French police officers beating a black music producer in and outside his studio.

Clearly taken aback by the 100,000 who demonstrated against the law this weekend, the French government has just announced that it is rewriting the current Article 24. It has said that it will be submitting a new version for legislative approval, so it evidently still intends to bring in some kind of ban on filming the police. Although Article 24 has caused the greatest public concern, the Global Security Law contains many other equally troubling elements, which have been largely overlooked so far. It would allow the police to use mobile cameras to stream images in real time to police centers. The fear is that automated facial recognition could be applied to these streams, something that other police forces around the world are already exploring. This would allow the identity to be established of people taking part in demonstrations, for example. The current text also gives the police easier access to CCTV cameras in private buildings, and allows a wider range of people to view surveillance videos of public roads.

Another important part of the new law is a push to use drones for police surveillance purposes. A White Paper from the French government on Homeland Security contains some striking statistics about the use of drones by the police in France. The report found that in July 2019 the National Police had 30 drones and 23 pilots. In November 2020, this had risen to 235 drones and 146 pilots. In April 2020, the Ministry of the Interior published a call for tenders to acquire 650 more drones. All of these moves were before the relevant laws authorizing their use had been passed. The proposed Global Security Law could open the floodgates for police forces across France to use drones to carry out aerial surveillance routinely.

The same White Paper provides fascinating insights into the thinking of the French government as regards the future development of its surveillance capabilities, of which the Global Security Law is merely the first step. As the French digital rights organization La Quadrature du Net explains (via Google Translate, original in French):

This book provides a multitude of projects, each more delusional and frightening than the last. It offers an automated analysis of social networks (page 221), connected vests for the police (page 227), or even augmented glasses or helmets (page 227). Finally, the White Paper stresses the importance of biometrics for the police. Between proposal for the interconnection of biometric files (TAJ, FNAEG, FAED, etc.) (page 256), the use of fingerprints as an identification tool during identity checks and the equipment of police and gendarme tablets (NEO and NEOGEND) of contactless fingerprint reader (page 258), to do more research on voice and odor recognition (!) (page 260) or finally to urge the legislator to be able to experiment with facial recognition in the public space (page 263).

This new law certainly has many troubling aspects. It was rushed through the lower house of the French parliament extremely rapidly, which means that it was not subjected to proper scrutiny. That’s bad enough for any law, but for one with such far-reaching implications for privacy and freedom of speech, it is particularly egregious. It’s also worrying that it seems to be part of a much wider agenda that aims to strengthen the powers of what the French government’s White Paper calls the “internal security continuum”: the National Police, the municipal police, the gendarmerie and private security agents. Finally, if passed in anything like its present form, the new law would also set a terrible precedent for other countries around the world. Many of them are already thinking along similar lines when it comes to granting police more powers, and strengthening surveillance, particularly the kinds that involve the latest technology like drones. Given its historical love for liberty, it’s disappointing that France seems intent on damaging it in so many ways.