How to improve your security with better passwords 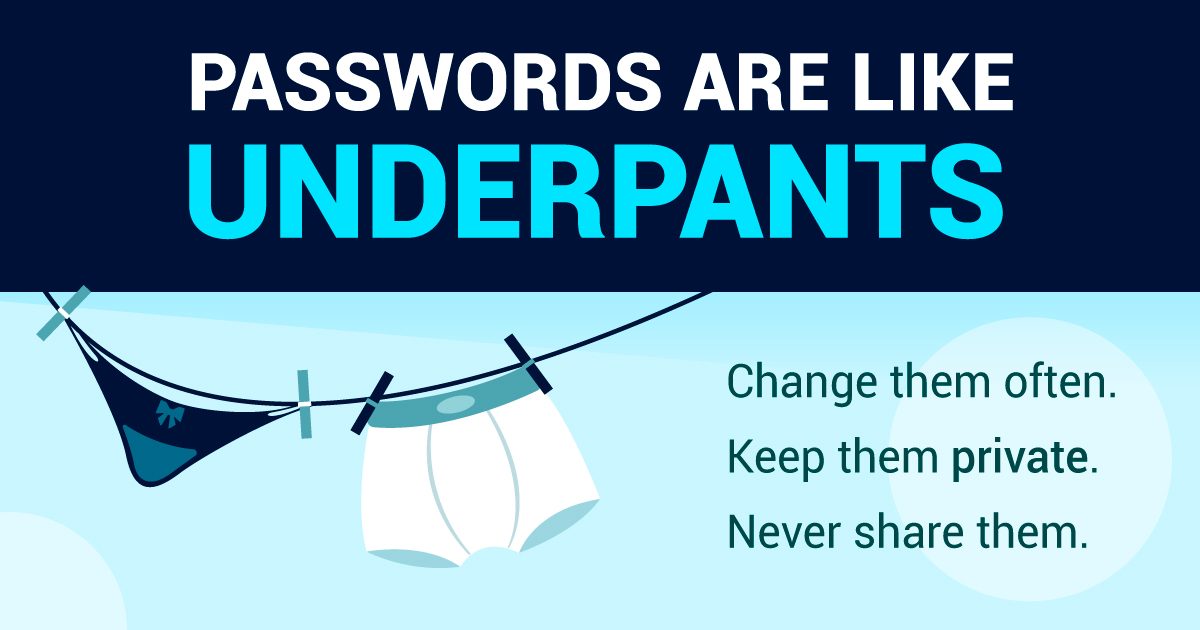 Passwords are one of the easiest (and first) ways to fail. We’re always told to have secure password but not told how to make one or why. It might shock you to know the two most common passwords are ‘123456’ and ‘password’. This is because most people forget to change from the default password supplied with their new device.

Password security can always be broken. Always. It simply depends how long and how much effort it would take. For example, most people’s router username and password is still admin/password. That would take about 4 seconds to enter and next to no effort.

A lot of websites opt for the recommended NIST system of requiring 8 characters with at least one uppercase, at least one lowercase, at least one number and at least one special character. Using this system, it would mean a password would look something like ‘Pas$w0rd’. This is still not secure. As stated earlier, passwords will always be broken. They are often broken through either guessing (social engineering), malware (keylogging) or brute force.

Password strength is called password entropy and entropy is based on the character set used (uppercase, lowercase, numbers and symbols) as well as length. Password entropy predicts how hard a password is to crack using guesses, brute force methods, dictionary attacks or other methods.

As a species, humans make terrible choices for passwords. Even if a person chooses a ‘random’ password, we have bias towards certain letters and numbers. This is called letter frequency and can easily be seen in the game Scrabble. There are more letter E (12) then Q (1). Nobody wants to get the Q or the Z. In addition humans are notoriously bad at remembering random strings of letters and numbers, so we either write it down (which is a very bad idea for a password) or we make it easy to remember.

Both have the same amount of entropy but it would take less than 6 hours to guess either password with Gosney’s machine. As such, neither is secure.

Using Gosney’s machine on a twenty character password could potentially take up to 9,277,379,140 years to crack just a single password…

Luckily there is software which nullifies that issue: Password Managers.

A password manager is a piece of software which stores all the secure passwords in an encrypted database which can only be accessed with the correct password (which should still be twenty characters or more). This may seem like a weak part of the plan having all the secure passwords stored in a single place secured with a single password, however this can be further overcome with the addition of Two-Factor Authentication (2FA). This is where a hardware device is used to authenticate that you are the correct holder of the account and you’re authorised access.

This ensures that all your passwords are secure, encrypted and still easy for you to access. Granted even this isn’t 100% secure, but it’s as close as we can get.

My little trick for a completely random password that’s easy to remember? Get a dictionary and open it to a random page. Close your eyes and stick your finger on the page…. closest word is chosen. Do this 4 or 5 more times. That’s your password….

And because someone said it a lot better then me…