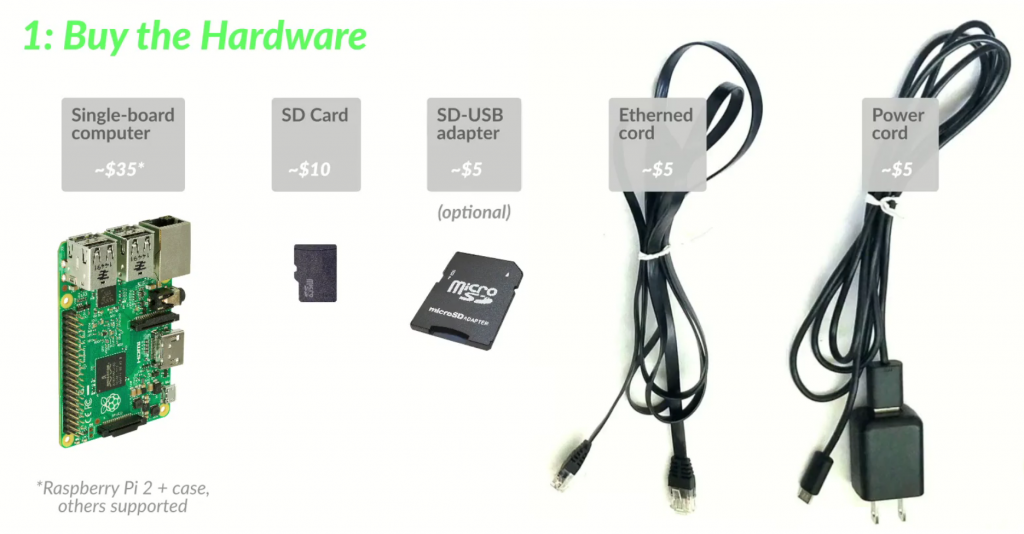 As numerous posts on this blog have noted, some of the biggest threats to privacy come from Internet giants like Facebook and Google. The centralized nature of their services allows them to aggregate personal data on a huge scale, and to extract information that we never agreed to provide. Although it is only recently that the mainstream media has caught up with this development, some people were warning about this problem a decade ago.

One such is Eben Moglen. He was General Counsel of the Free Software Foundation for 13 years, and helped draft the most recent version of the GNU GPL, the core license of the open source world. As well as being Professor of Law at Columbia Law School, he is the Founding Director of the Software Freedom Law Center. Back in 2010, I interviewed him for the now-defunct site The H Open. Speaking about the growing power of the still relatively young companies like Facebook and Google, Moglen told me then:

The services are centralised for commercial purposes. The power that the Web log holds is monetisable, because it provides a form of surveillance which is attractive to both commercial and governmental social control. So the Web, with services equipped in a basically client-server architecture, becomes a device for surveillance as well as providing additional services. And surveillance becomes the hidden service wrapped inside everything we get for free.

That was a remarkably prescient analysis to make ten years ago. Even more impressive is the fact that Moglen also had a solution back then: to move people to a world of distributed Internet services, with no one controller that had privileged access to our personal data. That implies cheap, easy-to-use hardware that can be installed in the millions – or billions – to create the distributed services using open source software. To realize that vision, Moglen set up the FreedomBox Foundation in 2011. It coordinates the creation of the FreedomBox software by volunteer coders around the world.

The software is built on the foundation of the Debian GNU/Linux distribution, and has been available for some time. It includes free software for a personal Web site, file sharing, encrypted messenging, a VoIP server, chat, a metasearch engine etc. – all under the control of the person running the FreedomBox in their home or office. Images are available for use on a dozen popular single-board computers. Setting up the software on those systems is not hard, as a short video on the FreedomBox site explains. However, it does require computer skills that are probably beyond those of most ordinary Internet users.

That requirement for a certain level of tech savviness puts a significant obstacle in the way of achieving a wider roll-out of the FreedomBox to the general public. To address that issue, the FreedomBox Foundation has teamed up with the Bulgarian manufacturer Olimex to produce the first commercial FreedomBox, the Pioneer Edition FreedomBox Home Server Kit. Localized models are available for the US, EU and UK markets, all priced at 82 euros. Unusually, you can try before you buy. Since the software is all controlled via a Web interface, a FreedomBox can be accessed from anywhere with Internet access. The project uses that fact to offer an online demo running on a server hosted on AWS infrastructure in Germany. Another way to try it out is to install a personal version of FreedomBox in the cloud: on AWS EC2 or on a Debian Cloud server. However, it is not recommended to run the software permanently in the cloud because doing so loses many of the key protections afforded by using your own physical server under your direct control.

There are problems, of course. Not all software services are available yet – it’s hard to make running some applications easy, which is a primary objective of the FreedomBox project. After all, it’s not that the software is lacking; the real challenge is getting it into the hands of ordinary people in a form that they can use with minimal technical knowledge, and requiring little in the way of configuration.

Another issue is network effects: people will be reluctant to move off popular services like Google and Facebook. That might be eased if there were good tools for exporting social media data to other platforms. There aren’t yet, although developing them is one of Mark Zuckerberg’s recent promises. But even then, most people will doubtless prefer to keep using what they already have, rather than go to the trouble of trying to move to a new system – and persuading all their friends and family to do the same.

The FreedomBox project is extremely valuable, not least as a proof that distributed systems can be built. The new commercial solution is particularly welcome for lowering the barriers to participation yet further. But there is still much work to be done in addressing the massive threat to privacy that Facebook and Google represent simply by virtue of their centralized architecture and ad-based business models. More needs to be done on developing distributed services that users want, and which are economically viable.

That challenge applies to both the free software community, which must solve the interesting and important technical issues involved, and also the business world. There is surely a huge opportunity for new startups to create privacy-respecting replacements for today’s mainstream Internet services. Some may doubt that the supremacy of Facebook and Google can ever be broken. But people thought Myspace and AltaVista were similarly unbeatable – until better offerings came along that quickly replaced them. It’s happened before, and it can happen again.