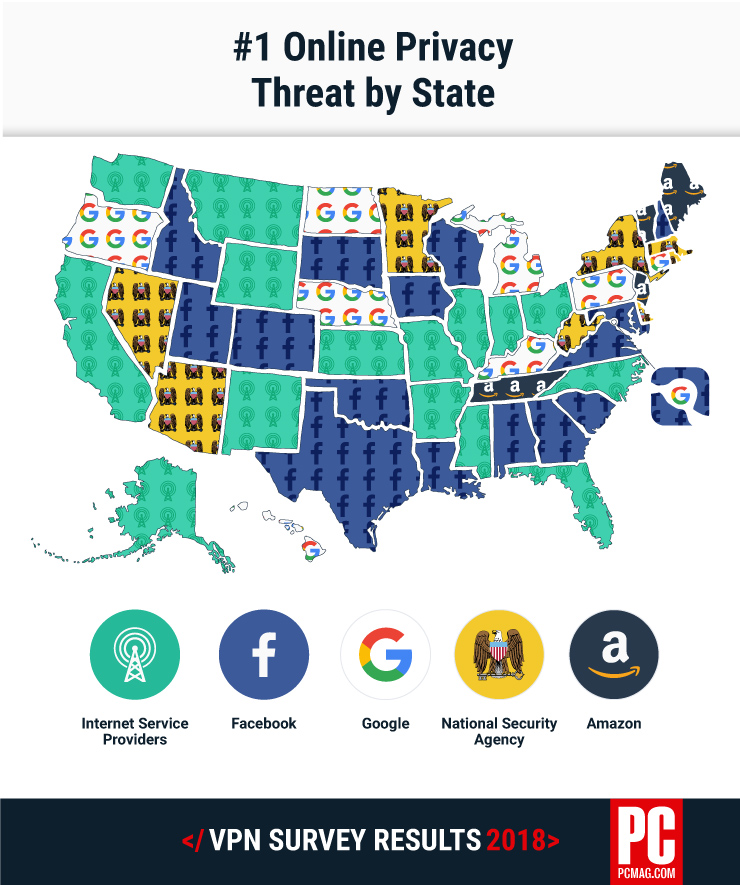 US residents believe that their internet service providers (ISPs) represent a greater threat to their online security than either Facebook or Google.

That’s according to a new survey conducted by tech outlet PCMag, which asked respondents to identify the greatest threat to their online privacy.

Of the 1,000 individuals who responded to the survey, 25 percent fingered their ISPs as the most likely organization to violate their right to privacy. Facebook ranked second, followed by Google, the National Security Agency (NSA), and e-commerce giant Amazon. 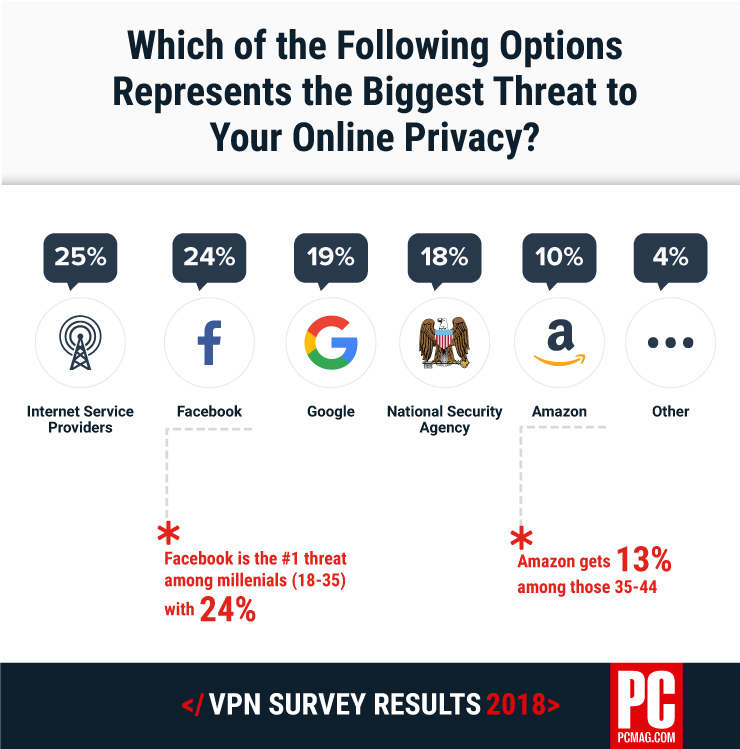 Those results might be surprising, given tech companies’ notorious record on privacy abuses. Indeed, Facebook, in particular, has been on the receiving end of a litany of fines related to data collection and usage abuses.

In 2017, a French court levied the maximum fine against Facebook for six breaches of the country’s privacy laws, including tracking users across websites without their knowledge and building a massive database of personal information in order to further its targeted advertising scheme.

Just last month, a Belgian court threatened Facebook with a fine of up to 100 million euros ($125 million) for tracking internet users on third-party websites in violation of the European Union’s privacy laws.

Google’s record is not much better. The company has been hit with several fines over the years for breaching privacy laws and failing to inform customers clearly about how it uses their data.

However, the survey respondents rightly recognized that ISPs present an even greater threat to online privacy. ISPs have access to a staggering amount of data on your unencrypted browsing habits — data that could be sold to advertisers or in theory even individuals.

Copyright holders have used this data to sue individuals who accessed or shared pirated content online, and privacy advocates also warn that governments could use it as a pretense to allege that individuals should have their internet access revoked.

Users can “pollute” their unencrypted browsing data — thus making it less useful to advertisers — by using tools designed to use up your extra bandwidth to pad your internet history with websites you did not actually visit. Unfortunately, your data would still be present, and determined parties would likely be able to dissect your true browsing habits from the surrounding “noise.” To truly preserve your online privacy from your ISP, however, you should encrypt your browsing data with a virtual private network (VPN).