Join the Epic Livestream to Save Net Neutrality 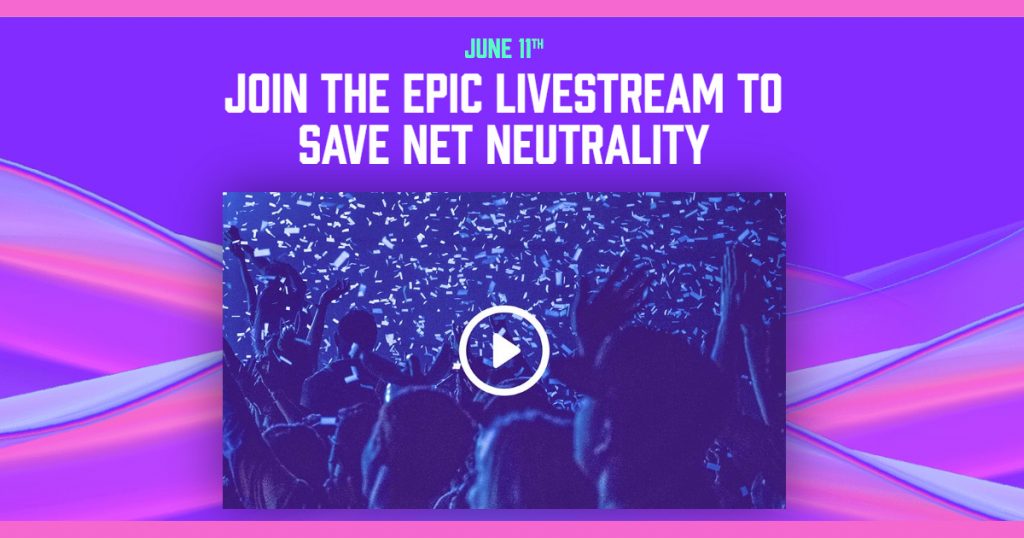 About one year ago, ISP’s like Comcast, Verizon & AT&T killed net neutrality, giving themselves control over everything we see and do online. Millions of citizens fought back, demanding that Congress bring back net neutrality, prompting the House of Representatives to pass the Save The Internet Act. However, Mitch McConnell, the Senate Majority Leader, who has accepted over $1 million in donations from these telecoms, is refusing to let the Senate vote on this bill, despite widespread support. Today, on June 11th, 2019, members of the Senate who support net neutrality will try to force a vote through “Unanimous Consent.”

Fight for the Future has organized an epic livestream, so everyone can see their lawmakers in action and hold them accountable for their actions. Make sure you tell them how you feel by submitting the form on EpicLivestream.com. Fight for the Future will be reading their favorite comments throughout the livestream.

Please spread the word on social media as well. Fight For the Future has provided some great resources for embedding the video, a widget and pre-written social media posts to make it easier than ever to show your support.

Tell Congress how you feel, spread the word on social media and enjoy this epic livestream: