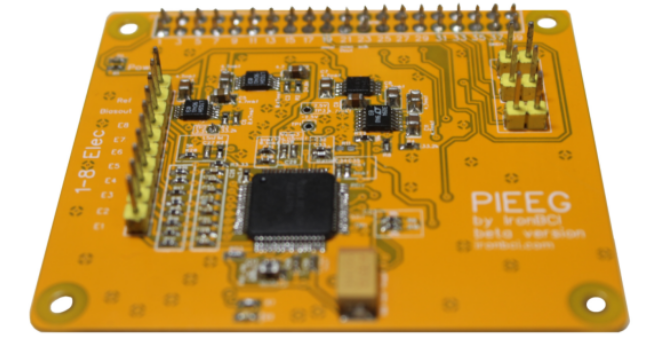 Back in 2019, the PIA blog looked at the emerging world of brain-computer interfaces (BCIs). Given their potential to take direct readings of what we are thinking, they clearly have important implications for privacy. Several countries are already looking to define neuro-rights that protect mental privacy and to pass laws enshrining them.

Last November, a small company called Synchron was granted regulatory approval by the FDA to conduct tests on human volunteers using its brain implant, Stentrode. It’s a neural implant that is inserted via the jugular vein into the blood vessels that sit on top of the brain. Once in position, small electrodes are deployed inside the vessel, close to the brain’s surface, that are able to send signals via an infrared transmitter surgically inserted into the chest. Machine-learning algorithms can be used to parse those signals, allowing paralyzed subjects to carry out simple tasks like moving a cursor on-screen.

In an interview with Futurism, Synchron’s CEO and founder, Thomas Oxley said: “I believe that the ultimate end game for this technology is to have bidirectional data flow to all regions of the brain, and the blood vessels are the only way to achieve that.” Oxley explained the main focus for Synchron’s work, and possible future developments:

Our flagship approach in paralysis deals with the problem of not being able to move. If a patient can’t move, it means they can’t control a digital world. We convert the attempted movements out of the brain to a platform that gives them freedom, gives them independence. So the digitization of intent is the solution for paralysis. Now, what it’s used to control remains to be seen. I mean, we’re not building robotic limbs; we’re building a control platform.

“Digitization of intent” is clearly very general; as well as allowing a host of exciting solutions to medical conditions, it could also be used for less laudable purposes, such as scanning thoughts and desires. Oxley emphasizes that Synchron differs from Elon Musk’s Neuralink, discussed in a PIA post back in 2019, because it does not involve opening up the skull in any way — clearly a major plus from the patient’s point of view. Neuralink works by inserting “neural threads” directly into the brain. Announcing its latest round of funding, worth $205 million, in August last year, Neuralink gave a few more hints of what it has been working on for four years:

Our first product, the N1 Link, is a 1024 channel device that, once implanted, is completely invisible and transmits data via a wireless connection. The first indication this device is intended for is to help quadriplegics regain their digital freedom by allowing users to interact with their computers or phones in a high bandwidth and naturalistic way. The funds from the round will be used to take Neuralink’s first product to market and accelerate the research and development of future products.

A similar approach is adopted by another new company, Paradromics. It uses a bundle of insulated microwires connected perpendicularly to a large-scale CMOS array like those found in cameras or display chips. The company hopes that the bundles could be scaled up to 100,000 wires for larger mammals, including humans.

Still at a very early stage of research is the use of “neurograins” — silicon microchips the size of a grain of salt. These are sprinkled across the brain’s surface, or throughout its tissues, to collect local neural signals from areas that are hard to reach with current brain implants. Radio signals are used for control, transmission of data, and power. So far, 48 neurograins have been implanted in a rat’s brain, with potential to scale up to 770 nodes.

More mysterious is a brain-computer interface company called Science Corp, headed up by Neuralink co-founder Max Hodak. Its Web site reveals little except a wide range of positions that are open. Based on these, a post on Futurism speculates that “Science Corp is likely focusing on neuroscience tech that leverages gene-editing and optogenetics, a field of biology that uses light to interact with neurons, as the foundation for its work.”

Another indicator that the sector is developing in interesting ways is the increasing number of low-end devices. For example, there is a new project to convert the popular Raspberry Pi into a brain-computer interface. The PiEEG project from hackerBCI will be launching on the Crowd Supply site, which already has the similar HackEEG device, based on the Arduino system. One of the first products in this sector was the Cyton Biosensing Board, and there is also a future Galea product from OpenBCI. The crowdfunding page for the PiEEG has some details:

PiEEG is an open source Raspberry Pi shield that measures biosignals such as those used in electroencephalography (EEG), electromyography (EMG), and electrocardiography (ECG). PiEEG is versatile, easy to work with, and compatible with different types of electrodes. Best of all, it was designed to be usable by anyone. To begin measuring biosignals, all you need to do is connect the electrodes and run a python script. Applications include gaming, entertainment, sports, health, meditation, and more.

PiEEG relies on open source software to process biosignals in real time. Our GitHub repo provides open source models that will help you do things like control robots using the EEG signals generated by your mind!

An article about the project on hackster.io points out that for safety purposes the equipment needs to be run from a battery, and the subject has to wear insulated shoes. At least it doesn’t involve opening up the skull and implanting electrodes.