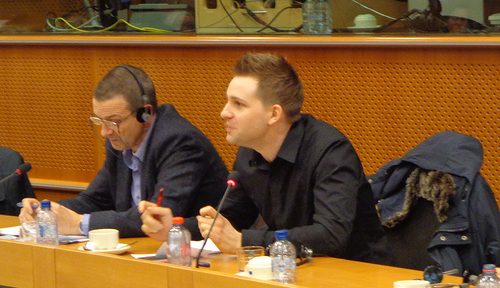 Max Schrems is at it again: after having made the sharing of private European data to corporations in United States banned by the European Court of Justice, he’s now seeking class action status for a privacy lawsuit against Facebook. This is one individual calling out the highest executive offices on the purest of bullshit, and succeeding with it – he does not just set an example for others, but shows all of us that one individual can end global wrongs.

There was a small notice in a few news outlets yesterday, about how somebody is seeking class action status against a privacy lawsuit against Facebook. A TechCrunch article mentions his name, but not before calling him “privacy campaigner”, just like the BBC calls him “a privacy activist”, and only mentions his name halfway down the article. But to those of us who read court papers with all the boredom and dryness of an imminent dust explosion, the name Maximillian Schrems immediately rang bells from such court papers from a year ago.

It used to be that the European Commission – the executive branch of the European Union – gave away private data on European citizens to U.S. corporations freely, obviously without asking said citizens first, on some sort of goodwill assumption that European privacy laws would be followed (which they couldn’t be in the first place, as the US has the NSA). This was called “The Safe Harbor agreement” for European private data.

One person – one person out of 508 million – challenged this very questionable order that was mostly caused by the European Commissioners attending the right set of cocktail parties, and filed a lawsuit with the Irish Data Protection Commissioner, choosing to target Facebook. (Facebook, like many other US technology companies, has its European headquarters on Ireland – hence the Irish Data Protection and not Austrian.)

In doing so, Schrems outlined a number of Facebook practices that were illegal under European law, such as the absence of active and effective consent to data use, support of various NSA programs, tracking on external web sites, and so on. He was rapidly joined by 11,000 other people in seeking class action status, and it is this case that has come to the Austrian Supreme Court.

The first fallout of the case was that the European Supreme Court – the European Court of Justice (ECJ) – was asked to rule on whether the European Commission’s executive agreement of sharing European personal data willy-nilly with the United States was any kind of valid. To the shock of the world, the ECJ ruled firmly on Shrems’ side:

This pro-privacy ruling was considered a shock, both to the European and American establishment, as witnessed by media outlets like Wall Street Journal and New York Times. One person, one privacy activist, had won against the collected establishments and corporations of the United States and the European Union, and the latter were required to start respecting privacy laws. One out of 508 million had decided to make a difference.

And so now, Schrems has succeeded in sending two more issues to the ECJ in a quest for privacy. He’s challenging Facebook’s assertion that people lose their right to sue in a court of law if they also engage in a public discussion – an assertion that appears preposterous on the surface – and asking the ECJ to allow for class action lawsuits, even though such are not recognized by Austrian law. Like before, a pro-privacy ECJ siding with Schrems would send shockwaves through the corporate world.

Of course, there are other privacy activists who have made global differences over the years. Mike Masnick, who was instrumental in scuttling SOPA, obviously Edward Snowden, many others. The list goes on. But it’s important to recognize that at the end of the day, the world changes not because of money or power or access, but because individuals – like all of us – decide to make a difference.