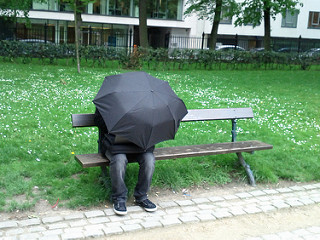 Wikipedia begins its analysis on the history of privacy by recognizing Aristotle as the beginning of our collective understanding of privacy in humanity.

Humans have been around for a long time.  Wikipedia suggests that humans were using tools and living in caves as much as 2.48 million years ago.  It also says human communication was revolutionized due to the invention of language 500,000 years ago.  We also now know that the oldest known cave paintings are 30,000 years old.  Finally, humans have seeked or created shelter as early as the Paleolithic era.

This is all history. These are all indisputable truths of our world and humanity.

Privacy was, and will always be, the first line of defense for mankind against predator.

Whether one hides in a tree, hides in a cave, hides under water, or hides behind cryptography, protecting one’s privacy was and is the only way to attain freedom.  Through this freedom, there exists education, the satisfaction of curiosity, and, therefore, human prosperity.  What’s more, there exists the freedom from control.  Only when you are protected from constant surveillance will the real YOU exist in this world.

Aren’t you curious to find out who you are?

Thanks to Caleb for edits!