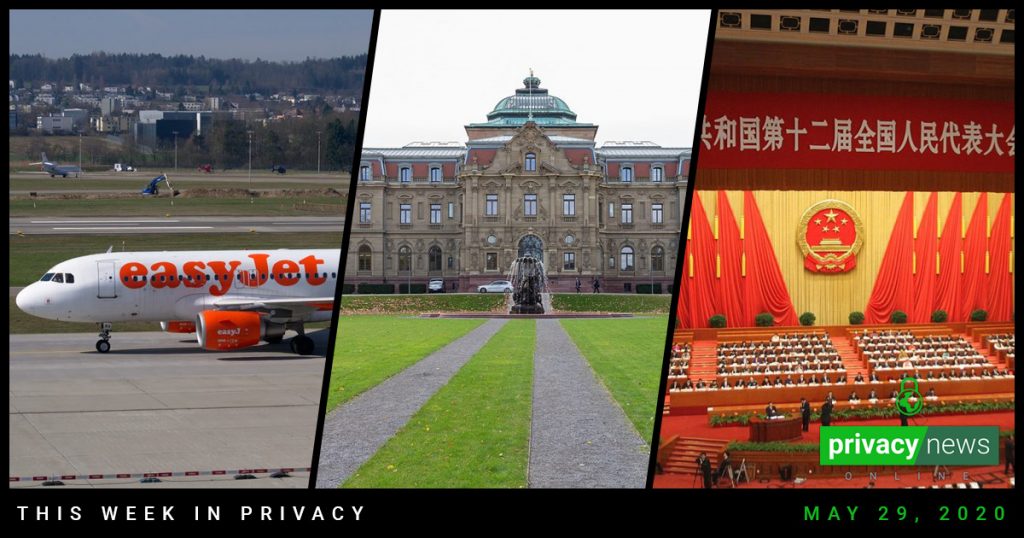 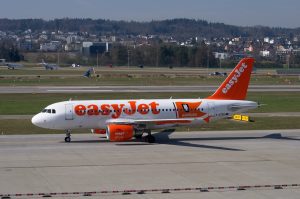 The biggest airline in the United Kingdom, easyJet, has revealed a data breach which affects over 9 million customers. Affected customers had their email addresses and travel details stolen by the hackers. Around 2000 of those customers even had their credit card information stolen. Notably, this breach happened in January of 2020 and while easyJet informed authorities about the breach within 72 hours, it took them 4 whole months before they told affected customers.

Germany’s highest court rules individual right to privacy applies to everyone, even non-Germans 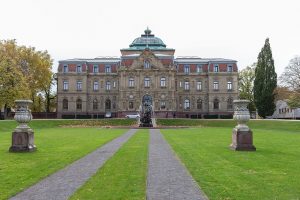 In a win for constitutional right to privacy, Germany’s highest court has ruled that the right to privacy online applies to everyone, even non Germans. Germany’s Federal Court of Justice  has ruled that this right can’t be violated by the country’s intelligence agency known as the BND. The BND used to spy on the internet activity of non-Germans because they aren’t citizens and arguably weren’t covered under the constitution – that is no more. Germany’s surveillance laws will be updated by the end of 2021 to reflect this ruling. 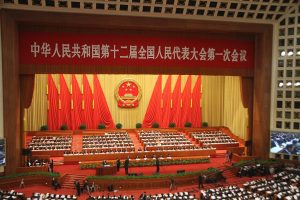 China is moving to take full control of Hong Kong in contravention of the agreement the PRC agreed to. Instead of letting Hong Kong pass the laws that govern the region, as was agreed to, China is now considering legislation to implement a new national security law for Hong Kong – without input from Hong Kong’s politicians or voters. The move has shaken faith in Hong Kong as a world financial centre. Understandably, pro-democracy protesters are now returning to the streets while the world is watching on with bated breath.

OpenSAFELY: more proof that tackling the coronavirus pandemic does not require privacy to be compromised 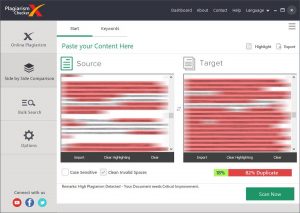 Analysis of pseudonymous health information helps fight COVID-19 in the UK and perhaps the whole world. OpenSAFELY is a secure analytics platform that allows health information for COVID-19 analysis that allows the health information of millions of patients be shared without violating their privacy. A new research paper from the United Kingdom highlighted the platform by using the pseudonymized records from 17 million patients to help advance COVID-19 research. This type of analysis, along with decentralized contact tracing applications are the way forward to fight COVID-19 and protect the privacy of citizens simultaneously.

The Senate has two new COVID-19 privacy bills to consider this session. The two bills are the COVID-19 Consumer Data Protection Act of 2020 and the Public Health Emergency Privacy Act. These bills endeavor to provide protections for emergency health data collected by third parties during this pandemic. Expert onlookers have their doubts about whether these bills will pass even through committee in their current forms but at least the conversation is going with privacy in mind.

AIS, the largest cell data provider in Thailand confirmed this week that they leaked over 8 billion internet records in the last month – while downplaying the privacy implications of the leak. The internet records leak was discovered by security researcher Justin Paine. The leaked information includes DNS queries and Netflow information – which is used by advertising companies to build profiles and identify internet users so there absolutely are privacy implications especially for at-risk internet users such as activists.

Google Chrome version 83 includes new privacy and security updates as well as features delayed from version 82. Notable new features include the ability for users to manage and delete cookies on a granular website level. Additionally, it’s now possible to block cookies entirely in Incognito mode and Google has also released an enhanced Safe Browsing mode which checks that the websites you visit are safe. These privacy features show that companies are keen to offer more options to users that care about their privacy.