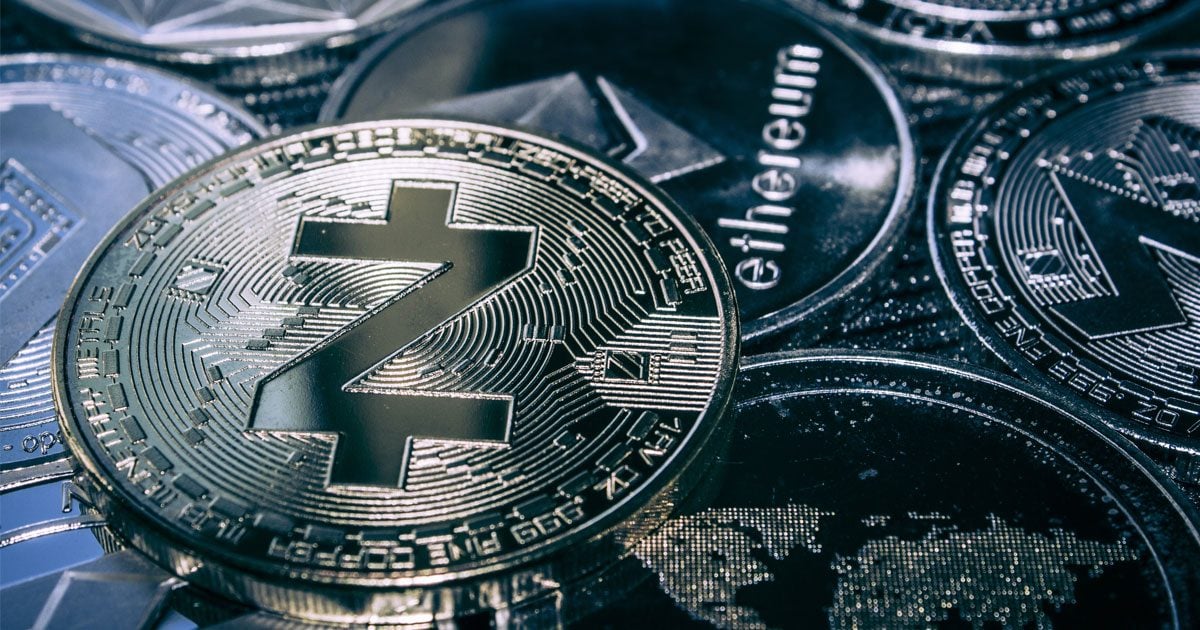 In my last post, I explained how bitcoin isn’t as anonymous as you might think. Every bitcoin transaction is completely transparent and visible on the blockchain. If I know your public bitcoin address, I can see every transaction you’ve ever made.

But if bitcoin isn’t private, which cryptocurrencies are?

In this post, I’ll dive a little deeper into the 2,000+ cryptocurrencies and see what alternatives are out there.

Monero is the tenth-largest cryptocurrency and easily the most private. I hesitate to use the word “anonymous,” because, as the people behind Monero admit, “there is no such thing as 100% anonymous.” As with anything, there may be bugs in the system and your personal details may be compromised elsewhere.

However, Monero is as good as it gets in the cryptoverse. So, how does it work?

Firstly, privacy is switched ON by default. That’s a big deal, because every other “privacy” coin out there offers you a choice between “private” and “normal” transactions. Monero is just private, no other option.

Secondly, Monero uses what’s called “ring signatures.” That basically mixes your transaction with tons of other “decoy” transactions so it’s impossible to see where you sent the money and how much was involved.

Thirdly, it uses burn-after-reading “stealth addresses.” Unlike Bitcoin, where anyone can track your wallet address on the blockchain, the only person who sees your Monero address is the one you’re transacting with. And even then, the stealth address is burned so they can’t track you afterwards.

An honorable contender to Monero is Zcash, the 18th-largest cryptocurrency.

“Shielded” transactions are Zcash’s private transfers. However, there’s a catch. They are considerably heavier (read: slower and more expensive) than a regular transfer.

Zcash is working to improve this. They just made a big upgrade to the system which will make shielded transactions faster and more efficient.

Speaking to Block Explorer, Zcash head of ecosystem development Brad Miller said: “We think this upgrade is the tipping point to move the Zcash ecosystem toward shielded transactions by default.”

In other words, Zcash aims to reach a future where every transaction is automatically private.

Zcash’s private transactions work using a technology called zero-knowledge proofs. It’s a cryptographic way of proving something (a transaction) is true, without knowing all the private details within it.

Monero and Zcash are leading the pack in terms of private transactions. But, there are others proclaiming to be private too, like Dash.

Dash allows you to opt-in to a private transfer called “Private Send.” It bundles numerous transactions together to obscure the true sender.

I should point out, however, that there are holes in the system. Anyone can effectively pay 1,000 Dash (~$100,000) to run a masternode which could give them access to sender and receiver information. If a malicious actor set up a masternode, they could theoretically see your true transaction information.

Dash ultimately aims to launch a “Paypal” style app with intuitive design and privacy functions. But if you’re looking for a truly private transfer, perhaps stick to Monero or Zcash.