Real-Time Bidding is Bad for Privacy and Promotes Disinformation 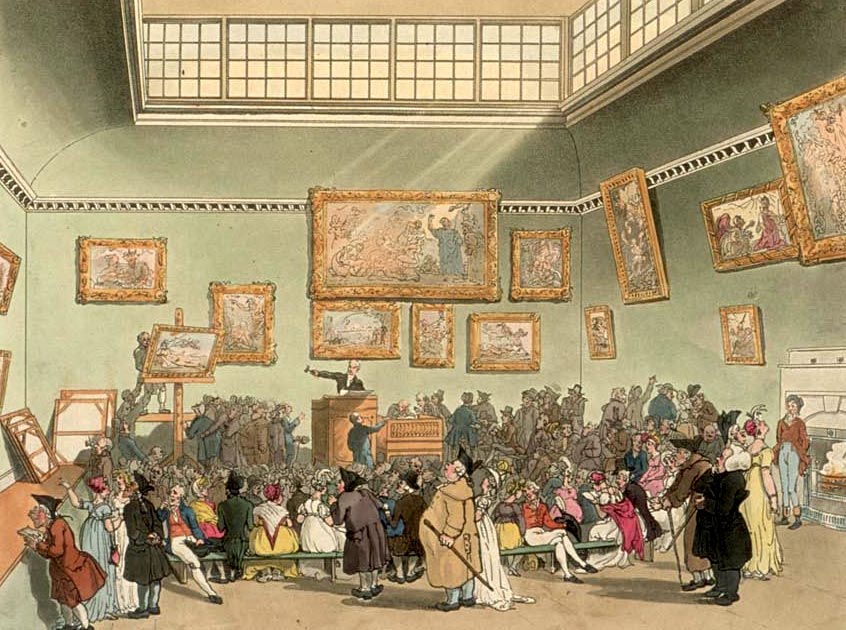 The PIA blog spends a lot of time discussing advertising, which might seem strange. But the sad fact is that today’s online advertising model represents the most serious continuing assault on your online privacy. At the heart of that attack on your privacy lies real-time bidding (RTB), so it’s worth reviewing how it works, since its undeniably impressive use of digital technology lies at the root of all its serious problems.

In the few hundredths of a second after you click a link on a typical site, the blank advertising slots are put up for an automated auction among potential advertisers. In addition to information about the site and the ad space, reams of your personal information are also sent across the open Internet.

The scale of this privacy breach by data brokers is extraordinary. Research by the leading campaigner in this area, Johnny Ryan, who works at the Irish Council for Civil Liberties (ICCL), shows that, in 2020, over one trillion RTB broadcasts of personal information took place.

The damage caused to your fundamental human rights by this cavalier and uncontrolled sharing of information on a global scale is obvious. But it turns out that it is also bad for the companies that use it for their advertising. A further report from Ryan, published in 2021, found that the tracking of online users by Google (and Facebook) diverts huge sums from those running the Web sites where RTB ads appear. In 2004, just over half of Google’s ad revenue came from the ads on publishers’ sites. In 2021, that figure was 85%.

The shift has taken place because the RTB approach hides the details of where the money goes. Instead of transparent negotiations between human actors, everything is carried out by opaque algorithms that make it hard for publishers and advertisers to find out what is going on and thus assert their own interests. Moreover, that situation makes it ripe for fraud. A 2020 report wrote:

This again is a factor of complexity and opacity which acts as a breeding ground for fraud, and digital advertising in particular.

Ryan’s 2021 report notes that RTB allows tech companies to use the detailed and highly-personal information they gather to sell audiences to advertisers on cheaper, lower-quality sites, depriving mainstream publishers of income. New research shows that the harm of this diversion of advertising revenue to low-quality sites goes much further:

Google is funneling revenue to some of the web’s most prolific purveyors of false information in Europe, Latin America and Africa, a ProPublica investigation has found.

The company has publicly committed to fighting disinformation around the world, but a ProPublica analysis, the first ever conducted at this scale, documented how Google’s sprawling automated digital ad operation placed ads from major brands on global websites that spread false claims on such topics as vaccines, COVID-19, climate change and elections.

Google is certainly aware of the problem. In its 2021 Ads Safety Report, it said that it removed over 3.4 billion ads, restricted over 5.7 billion ads, and suspended 5.6 million advertiser accounts. In addition, it blocked or restricted ads from being served on 1.7 billion publisher pages, and took “broader site-level enforcement action” on around 63,000 publisher sites. Given those impressive figures, it’s an interesting question as to why ProPublica found so many ads placed by Google on sites full of disinformation.

A former Google leader working on trust and safety issues at the company explained that the focus was very much on enforcement in English-language markets, with other languages of secondary importance. The Xoogler mentioned three factors at play: avoiding bad PR; avoiding regulatory scrutiny; and protecting revenue. All of those factors led Google to worry more about the English-language market than others.

Does Google Care About Non-English Disinformation?

The ProPublica report cites a 2019 estimate from the Global Disinformation Index, which analyzes Web sites for false and misleading material, that disinformation sites earned around $250 million per year. It believes that Google was responsible for 40% of that sum, with the rest coming from other adtech companies placing ads in a similar way.

Another organization working in this area, Newsguard, put the ad revenue earned by disinformation sites much higher, at $2.6 billion. In any case, many of these sites are run on a shoestring, so even small ad revenues can be significant in terms of keeping them afloat financially.

The bulk of the ProPublica report looks at specific examples of ads placed by Google on disinformation sites, notably in Bosnia, Croatia, Serbia, Brazil, Germany, Spain, Turkey and across francophone Africa. However, there is no reason to believe that other nations are immune to the problem. This is a serious global issue, driven by Google’s cynical use of an opaque system to boost its profits in parts of the world subject to less scrutiny than in Western markets. It is made possible by the deeply-flawed and privacy-hostile RTB approach, which is indifferent to the harm it causes through its support of disinformation.

Real-Time Bidding funding disinformation is yet another reason why we must move to an advertising system based on context, not on personal data, as quickly as possible. As well as protecting privacy, it would also starve disinformation sites of much of their funding, since major brands would become aware of their unsavory nature, and shun them as a matter of course.