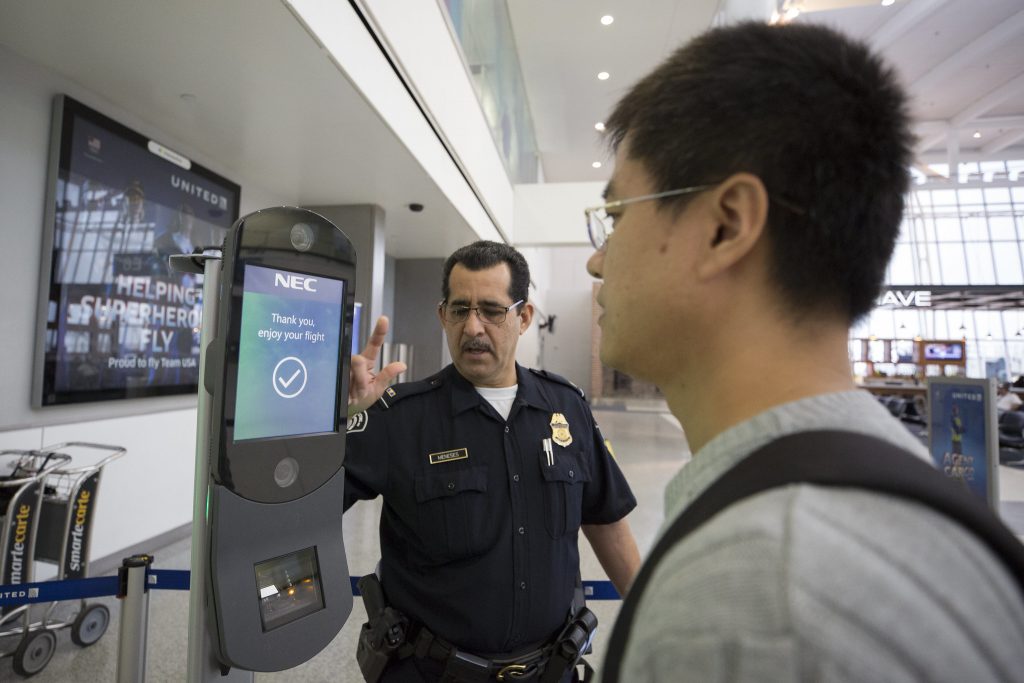 A year ago, this blog wrote about the spread of facial recognition systems, and the danger they represent to privacy. Since then, the roll-out has accelerated, as the technology becomes more accurate, and the products on offer become cheaper. Governments in particular see facial recognition as an easy way to check and control their populations.

China, for example, now requires all mobile phone users to submit facial recognition scans when they register new SIM cards. China also leads the world in installed CCTV cameras, many of which now employ facial recognition. Eight of the top ten cities with the most surveillance cameras per person are to be found in China (London and Atlanta are the other two). Chongqing comes first, with 2.58 million surveillance cameras covering 15.35 million people. Another straw in the wind is provided by the police bureau in the southern Chinese city of Guangzhou. It wants people to use facial recognition to check that messages from friends are genuine. If this approach became widespread in China, it would see facial recognition built into the fabric of social relationships. China hopes to consolidate its lead in this area by shaping UN facial recognition standards. Instead of safeguarding privacy, the standard is all about making surveillance easier.

It’s not just China that is embracing the technology as a convenient way to keep tabs on people. France wants to use facial recognition as part of a national identity system. In the French town of Lyon, a driver has been found guilty purely on the basis of a facial recognition system that said his face matched an image captured by a CCTV camera during a theft. In Spain, a bus company has a pilot project that lets people pay by using their face. Once the system recognizes an individual, the money is deducted from their account. There are also moves in the EU to extend the use of facial recognition by the police, for example enabling pan-EU searches for matches.

Around the world, other applications of facial recognition are being implemented or considered. As Privacy News Online reported recently, in Australia the government has proposed using facial recognition for online age verification for pornography and gambling Web sites visited by Australians. New Zealand’s police force is bringing in a “state of the art” facial recognition system. In what would be a dramatic shift in US domestic policy, Homeland Security wants to expand facial recognition checks to include all US citizens arriving to and departing from the country. Meanwhile, it has emerged that the US military has built up a database of 7.4 million identities including facial images, irises, fingerprints and DNA data. The idea is to create a biometric dragnet of anyone who has come in contact with the US military abroad. And as the New York Times showed, public CCTV feeds and low-cost cloud computing resources can be used for facial recognition on the cheap.

However, just as governments rush to embrace the technology, so there is increasing concern by activists, businesses, and officials at local and international levels, about its impact on privacy. In the US, San Francisco, Oakland and Portland have all brought in various restrictions on the use of facial recognition systems. The EU’s Fundamental Rights Agency released a paper, “Facial recognition technology: fundamental rights considerations in law enforcement“. The head of the EU’s independent data protection authority, Wojciech Wiewiórowski, wrote an article entitled “Facial recognition: A solution in search of a problem?” in which he pointed out that the region’s data protection law, the GDPR, already covers facial recognition. Potentially, its use in the EU might be illegal, or at least highly circumscribed in public places. It will require cases brought to EU courts to lay down exactly what impact the GDPR has on facial recognition technologies. Wiewiórowski explains why so many important issues are involved:

A person’s face is a precious and fragile element her identity and sense of uniqueness. It will change in appearance over time and she might choose to obscure or to cosmetically change it – that is her basic freedom. Turning the human face into another object for measurement and categorisation by automated processes controlled by powerful companies and governments touches the right to human dignity – even without the threat of it being used as a tool for oppression by an authoritarian state.

Moreover, it tends to be tested on the poorest and most vulnerable in society, ethnic minorities, migrants and children.

Where combined with other publicly available information and the techniques of Big Data, it could obviously chill individual freedom of expression and association.

Wiewiórowski points out that this is not just a limited technical issue, but part of a much larger discussion about privacy in the digital world:

We need to assess not only the technology on its own merits, but also the likely direction of travel if it continues to be deployed more and more widely. The next stage will be pressure to adopt other forms of objectification of the human being, gait, emotions, brainwaves. Now is the moment for the EU, as it discusses the ethics of AI and the need for regulation, to determine whether – if ever – facial recognition technology can be permitted in a democratic society. If the answer is yes, only then do we turn questions of how and safeguards and accountability to be put in place.

As that comment makes clear, Wiewiórowski believes that one possible result of court cases might be that facial recognition technology will not be permitted at all in the EU. Although that would be an extreme outcome, it rightly underlines the immense power such systems possess, and the potential harm they can cause. The fact that they can also be useful and beneficial in some circumstances emphasizes just how hard it is going to be to strike the right balance, and to find the right legal framework for controlling facial recognition systems.

Featured image by US Customs and Border Protection.