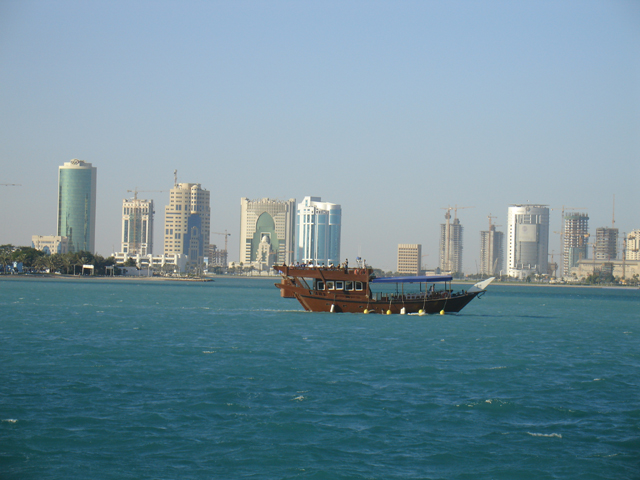 Qatar is still blocking popular Voice over IP (VoIP) apps such as Skype, Facetime, Duo, Viber, and WhatsApp. In September, Saudi Arabia lifted its ban on Skype and WhatsApp. The VoIP issues were first reported on WhatsApp, Viber, Duo, Facetime, and Skype months ago by Qatari internet users. Qatar only has two internet service providers (ISPs) Ooredoo and Vodafone – both of which seem to be blocking VoIP apps at the behest of the local government. When confronted with questions about the inability to use these apps, Ooreedoo did comment:

“Quality assurance for calling using these apps is out of Ooredoo’s control. However, we can guarantee that the issues are not from Ooredoo Super net. Eid Mubarak.”

The Qatar government also told internet users that they would be investigating the issue – though no resolution or official comment on the blocks themselves have arrived. For awhile, users were unsure whether Skype or the ISPs (at the behest of the government) were the source of the block – though it is now 100% crystal clear.

It can't be that every app that uses VoIP has a problem, it must be a Qatar issue #WhatsApp #Facebook #duo #facetime are ALL not working

The official confirmation still hasn’t come from the governments of these oppressive countries, or their ISPs; instead, the official announcement is from Microsoft Skype itself. In the Skype FAQ, Microsoft states for all to see:

Unfortunately, there is very little Skype can do about this situation. The best course of action would be for you to speak to your ISP and ask why they are blocking Skype and request that they unblock our site and services.

While you wait on your request that Qatar unblock Skype’s site and services, there is a technology to use in the meantime that allows you to access Skype’s services and site – and legally. Some VoIP apps, such as Viber and Signal, have implemented circumvention directly into their app – and an update is all that’s needed to connect.

Using a VPN in Qatar to access Skype, WhatsApp, Duo, Viber, or Facetime is not illegal

Qatar did provide an official statement on the VoIP matter a while back – without naming any of the VoIP apps involved. The Supreme Council for Information and Communications Technology (ictQATAR), the country’s Telecom Regulatory Authority, stated:

“VoIP is a technology for the delivery of voice services using existing internet infrastructure and services. There are no laws or rules that prohibit the use of such technology within the State of Qatar.”

However, the Supreme Council’s official clarification does go on to state what is considered illegal, which sheds light on the catalyst of the VoIP app bans:

“The Telecommunications Law 34 of 2006 does, however, make it illegal for any person to provide telecommunications services to the public for a direct or indirect fee without a license issued by ictQATAR for that purpose. Currently the only two entities licensed by ictQATAR to provide such voice services to the public in Qatar are Qatar Telecom (QTel) Q.S.C. and Vodafone Qatar Q.S.C.”

As far as the government there is concerned, they are legally blocking Skype, WhatsApp, Viber, and Facetime because the companies do not have licenses to operate in the country. According to the local law, it’s still legal for internet users to use blocked VoIP apps.