Surprisingly, the UK Has a Biometrics and Surveillance Camera Commissioner: He’s Rather Good 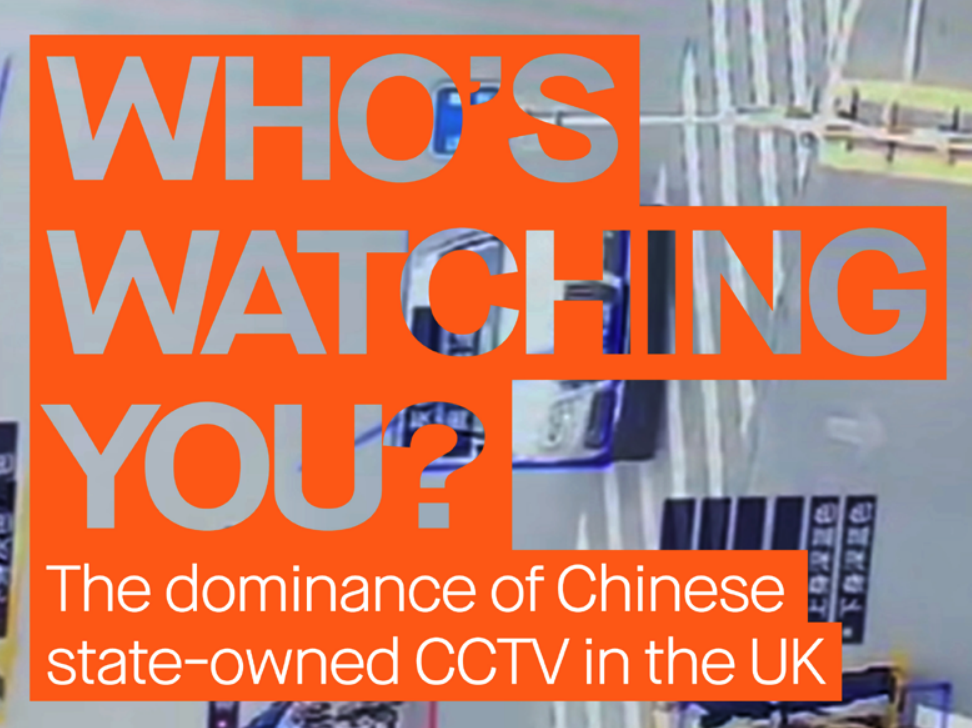 CCTV surveillance has been covered many times on PIA blog. Most of the stories are depressing tales of increased surveillance and loss of privacy. One of the worst offenders in the CCTV camera stakes is the UK. An estimate from 2020 put the number of cameras there at over 5 million, while London enjoyed the dubious distinction of having the third-highest number of CCTV cameras of any city in the world according to another report from the same year. Against that dismal background it comes as something of a surprise to find that the UK has a formal Biometrics and Surveillance Camera Commissioner who watches over this area, a position currently held by Professor Fraser Sampson. He has wide-ranging experience in the criminal justice sector; in the past he has been a police officer, lawyer and academic.

In addition to a Surveillance Camera Commissioner, the UK has a Surveillance Camera Code of Practice, which it has updated recently. In a letter from Sampson to relevant UK government bodies, he explained that the Code applied to overt surveillance camera systems such as the UK’s Automatic Number Plate Recognition system, facial recognition technology, body-worn video cameras, drone-borne cameras, helicopter-borne cameras and CCTV systems (both static and mobile), where these are used by certain categories of government authorities. Other operators of CCTV surveillance systems, for example in the private sector, are encouraged to adopt the code voluntarily.

An article on the IPVM site reports that Sampson spoke at the National CCTV Conference in Bristol, organized by the CCTV Working Group of the UK’s National Police Chiefs Council, which is similar to the International Association of Chiefs of Police. It’s a wide-ranging speech that discusses a recent disturbing case of necrophilia in the UK, as well as the risks of connecting AI-equipped devices to the Internet. But the core of Sampson’s speech concerns the plight of the Turkic-speaking Uyghurs in Xinjiang, something discussed previously on this blog because of the extreme surveillance methods deployed against them. Sampson too is concerned about these reports, and asks an interesting question about buying CCTV systems from the Chinese companies involved, as is already happening widely in the UK:

How much public money is it ethical to contribute to the design, building and operation of these facilities? How much tax revenue should we hand to the surveillance companies that are owned and controlled by the same State which the [Uyghur] Tribunal found to have been directly responsible for genocide using their surveillance technology to perpetrate it? How is partnering with such companies and enriching their owners “putting ethics at the heart of everything we do”?”

These are not purely abstract issues, but have direct consequences for the use by the authorities of CCTV surveillance systems in the West:

Another aspect of Sampson’s speech concerned a terminally-ill man protesting against speed cameras, and being wrestled to the ground by the police, which his wife filmed. The video subsequently went viral, and gave rise to a mural, possibly by the famous pseudonymous artist known as Banksy. Sampson takes that incident, and uses it to explore another aspect of modern surveillance — the fact that, increasingly, the public is carrying out surveillance of the police, and sharing images of police actions rapidly and widely. He points out that the public’s surveillance now plays an important role in many criminal investigations, where the first communication from the police is often an appeal, not for witnesses, but for surveillance videos taken by people present at the scene. As a result, he says:

We now see the police needing not just images of the citizen but images from the citizen. This has profound implications for the ‘surveillance relationship’. Investigations might use extracts from high street CCTV, but they also rely on image captures from dashcams, GoPros, ring doorbells and car parks. Increasingly the police are reliant on the product of an aggregated surveillance capability made up of hundreds of sources, most of them privately owned.

Sampson says that if the authorities are seen to be unethical in their use of surveillance techniques — for example, by using untested facial recognition techniques, or the mass retention of photos of innocent members of the public — the latter may be less inclined to assist the police when they request help in the form of videos.

The whole speech is refreshing not just in its call for an ethical approach to the procurement of CCTV cameras, but also in its recognition that the public is no longer simply a passive victim of surveillance. Sampson points out that citizens can use their smartphones to become an active and important participant in policing society. Whether they help or hinder the authorities depends in a large part on how the authorities deploy the surveillance that is increasingly part of modern life.