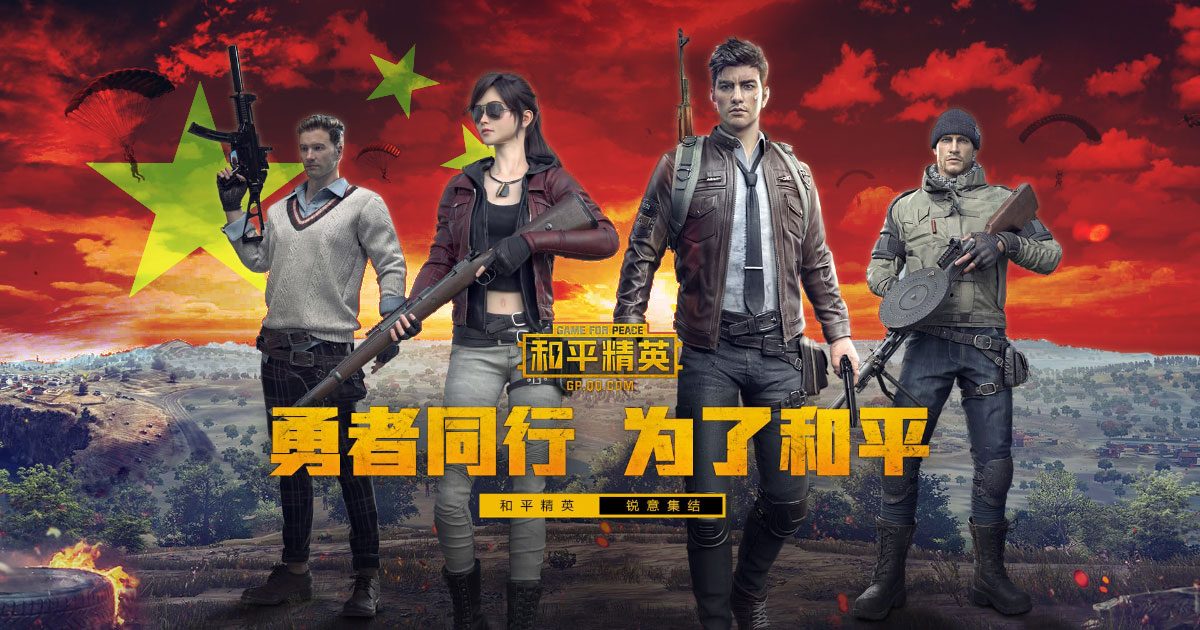 In April, China’s State Administration of Press and Publication introduced sweeping changes to approval guidelines in the gaming industry. Following the recent blackout of game approvals by the administration. Mahjong and poker games will no longer be accepted, approvals will be capped, and a moratorium on games inspired by Imperial China’s risque past has been placed; history tends to color political attitudes. If that’s not enough games that contain images of blood or corpses will also be rejected. Because, as we all know, if there’s one thing that makes video games objectively more fun it’s censoring violence. Just ask China’s PUBG players.

While the rules have come as a burden to small indie developers, large firms like Tencent have had no trouble circumventing the new guidelines. Today Tencent quietly delisted P.U.B.G. after announcing it’s newest title “Game for Peace” via Weibo.

The flowery sounding title might not bear a passing resemblance to Player Unknown Battlegrounds, but the gameplay is almost a point for point rip-off. Tencent claims it’s a ‘different genre of game’, but it is developed by BlueHole, the same who brought you P.U.B.G. Additionally,achievements unlocked by players of PUBG have been transferred over.

China is no stranger to knock-offs. In fact, it’s dystopian legislation has created an industry of censored facsimiles of popular international titles and goods. ‘Game for Peace’ is no exception. It has no pesky corpses or blood, of any color, all the while using nationalist themes and referencing the Chinese Air Force. Grenades and automatic weapons are still readily apparent. Sniper rifles, AK-47’s, and MP-5’s are plastered across promotional items. One might ask, ‘What’s the point?’

What exactly do Tencent’s customers think they’re doing when they point that AK-47 at another character and empty a clip? By the looks of it, censors would have you believe opponents hand you a loot box and wave goodbye, resulting in a laughable ‘kill’ sequence. If ever a game was capable of cognitive dissonance, this is it.

Game for Peace’s dissonant relationship with violence is altogether creepy. This is a game that serves as an example of lip service to the Chinese State while simultaneously exposing the hypocrisy of state censors. The end result is a game in which the power of the Chinese State is omnipresent and compliance is clear to all. I assume, more than anything else, that’s the point.