Police already have access to visors with built-in face recognition and fugitive spotting. The technology was in prototype stage a few years ago, and was successfully tested when police officers walked into dark cinemas full of people and got so-called People of Interest highlighted directly onto their field of vision. The future is approaching fast, and it’s not all shiny happy rainbow unicorns. 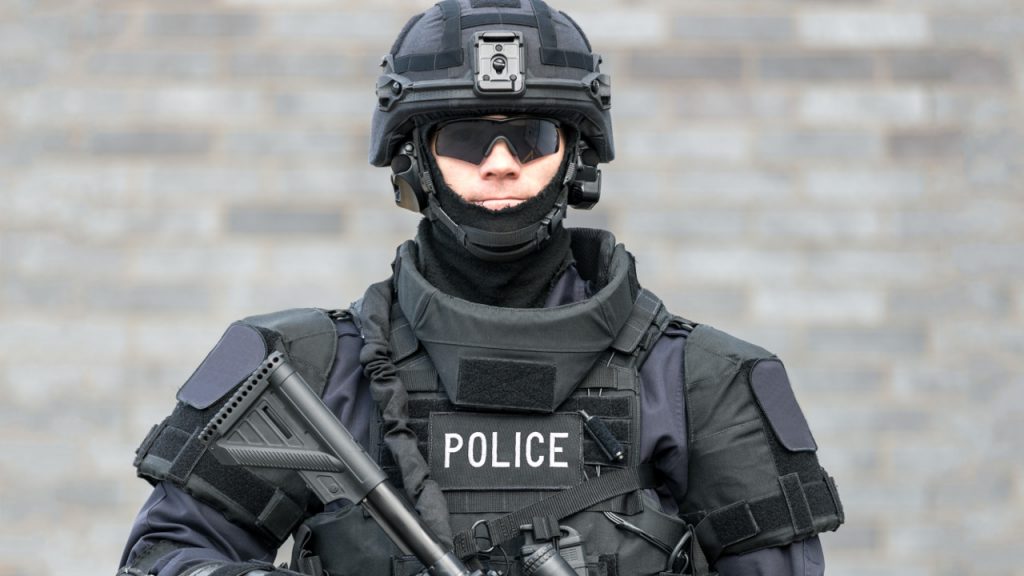 Last month, Glyn Moody wrote that automated face scanning had picked out a wanted person from a crowd which led to their arrest. Last week, Moody added that Dubai police are employing small mobile vehicles with built-in drones with face recognition capability for the same purpose. Those little arrest-o-bots even look deceptively cute, and annoyingly so.

A few years ago, I was made aware of the existence of face-scanning visors with real-time HUD updates, for law enforcement use, at an entrepreneurs’ conference. They were already past the prototype stage and were being tested by law enforcement units, who had walked into a dark cinema full of people, and gotten the location of simulated targets highlighted directly onto their field of vision.

Presumably, there will be more field trials needed before the technology is ready for large-scale use, but I believe it’s important to realize that this technology already exists. It should be obvious in one way that it exists, since it’s technically possible and therefore there’s already somebody trying to turn it into a means of mass surveillance – kind of like a Rule 34 for oppression.

No, there’s no flashy product page to link to, because of course there isn’t. You won’t find one for the Stingray, either, for the same reasons.

In other words, the scenario in this video clip isn’t just already possible, but has already undergone field trials (minus the black Iron Man suit and cylonesque visor):

What’s the countermeasure for this?

Staying indoors in perpetuity sure isn’t a solution. But if a governmentally undesirable person no longer has safe access to random outdoors, this means we’re on the cusp of creating an irreversible dystopia, one that makes 1984 look amateurish in comparison.