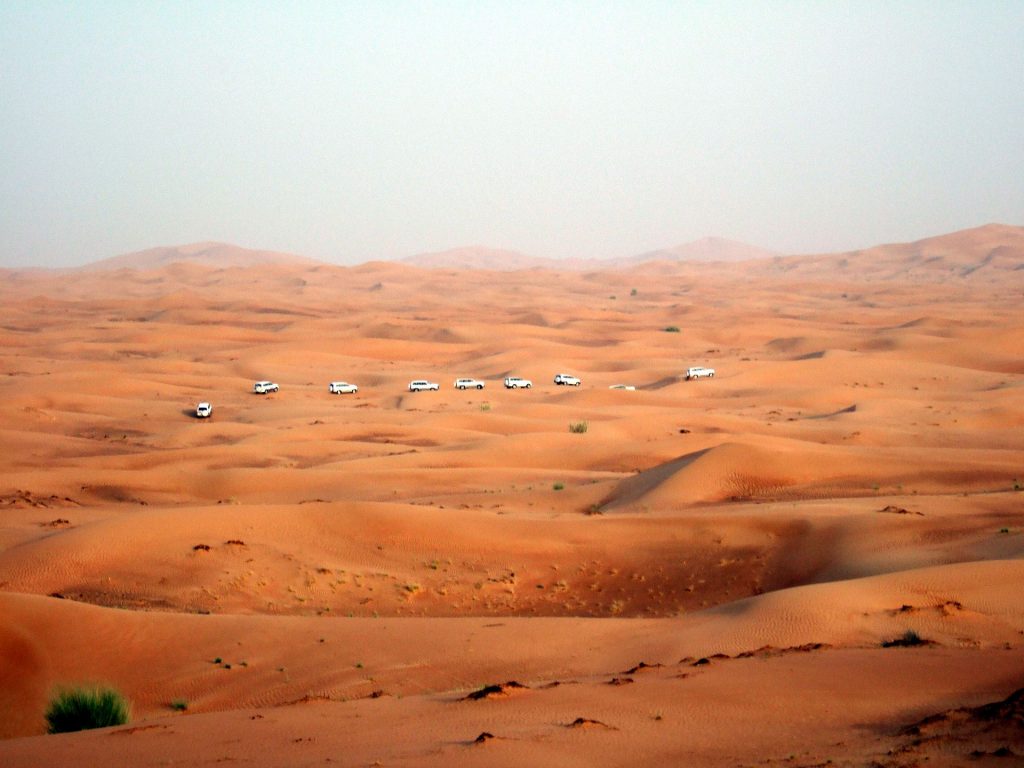 The vast number of United Arab Emirates (UAE) residents that use a VPN to bypass the VoIP ban could soon be in incredibly hot water. The VoIP ban means that the phone calling features in popular apps such as WhatsApp, Viber, and SnapChat are inaccessible from within the UAE when using a UAE IP address. The VoIP ban is carried out by the UAE’s top two telecom companies, Etislat and du, which are also coincidentally the only two companies in the world with a coveted UAE VoIP license that allows them to legally operate VoIP services and charge 10x what Skype does. Naturally, Internet users in the UAE have discovered that VPNs are an effective way to get past this VoIP ban and have continually used VPNs and proxies from within the UAE for years.

Last week, the President of the UAE, locally referred to as His Highness Sheikh Khalifa Bin Zayed Al Nahyan, issued two new laws. One of which, Federal Law No. 12/2016, lays out fines for anyone that uses a VPN or proxy in connection with an online crime. The new law will change the official wording of the Telecom Law to say:

“Whoever uses a fraudulent computer network protocol address (IP address) by using a false address or a third-party address by any other means for the purpose of committing a crime or preventing its discovery, shall be punished by temporary imprisonment and a fine of no less than Dh500,000 and not exceeding Dh2,000,000, or either of these two penalties.”

At the current USD exchange rate, that translates to a potential $544521.48 fine.

Previously, the understanding of UAE internet law was that VPN or proxy use would be prosecuted under the Telecom Law only if it was used in connection to another crime – this is now going to be set law with a set fee and mandatory jail time. Now, with President Khalifa’s newest proclaimed laws, it is OK for the UAE police to go after individual VPN users for any criminal infraction. Currently, such crimes include accessing blocked services or websites, which can only be done with a VPN or proxy, use that the UAE considers fraudulent use of an IP address. That means watching pornography (a worry for tourists) and calling home on unlicensed VoIP services (a worry for most UAE residents) such as WhatsApp, FaceTime, or SnapChat. Internet users in the UAE, especially the large masses of immigrant labor, use VPN services to get past this geographical VoIP ban to talk to relatives and friends back home.

Let’s be clear – this new law does kind of affect the traveling businessman that stops in Dubai. However, the real victims of this new law will be the millions of migrant workers that have come to rely on using VPNs to access free VoIP. The only officially sanctioned VoIP services, the ones offered by Etislat and du, have already proven to be cost-prohibitive for the average UAE internet user. How many migrants with family abroad are there in the UAE that can’t afford the official VoIP rates?

According to The Economist, as of 2015, immigrants from around the world accounted for 88% of the total UAE population. Immigrant labor that, by definition, needs to send money and communications back home. To avoid the VoIP ban, millions of these immigrants use free VPNs or proxies to regain access to free VoIP services.

How did Skype make it through the VoIP ban?

Earlier this year, in April, Skype phone calling functionality was finally unblocked by Etislat and du. The UAE Telecommunications Regulatory Authority has even clarified that using the recently un-banned Skype isn’t punishable under the Telecom Law, but accessing blocked services or websites remains illegal. With the implementation of the new fee structure to punish VPN users, the government clearly intends to push all VoIP users to Etislat’s C’me, du’s Hello!, or Skype precisely because these are the three centralized and unencrypted communication services that acquiesce to the UAE’s every privacy-invading demand.

Since UAE politicians have long since admitted that the nationwide VoIP ban is done to stymie the loss of revenue for the large telecommunication industry (and also for vague cybersecurity reasons), it is hard to have sympathy for the UAE telecom duopoly. Telecom companies around the world have since realized that free VoIP services offered by third parties use up a lot of data, which the telecoms are still paid for. In Morocco, the government also blocks VoIP providers, but has yet to attempt to curb the associated VPN use with exorbitant fines. Hopefully, similarly minded countries don’t follow the UAE route.