What Is Data Anonymization and Is It Effective? 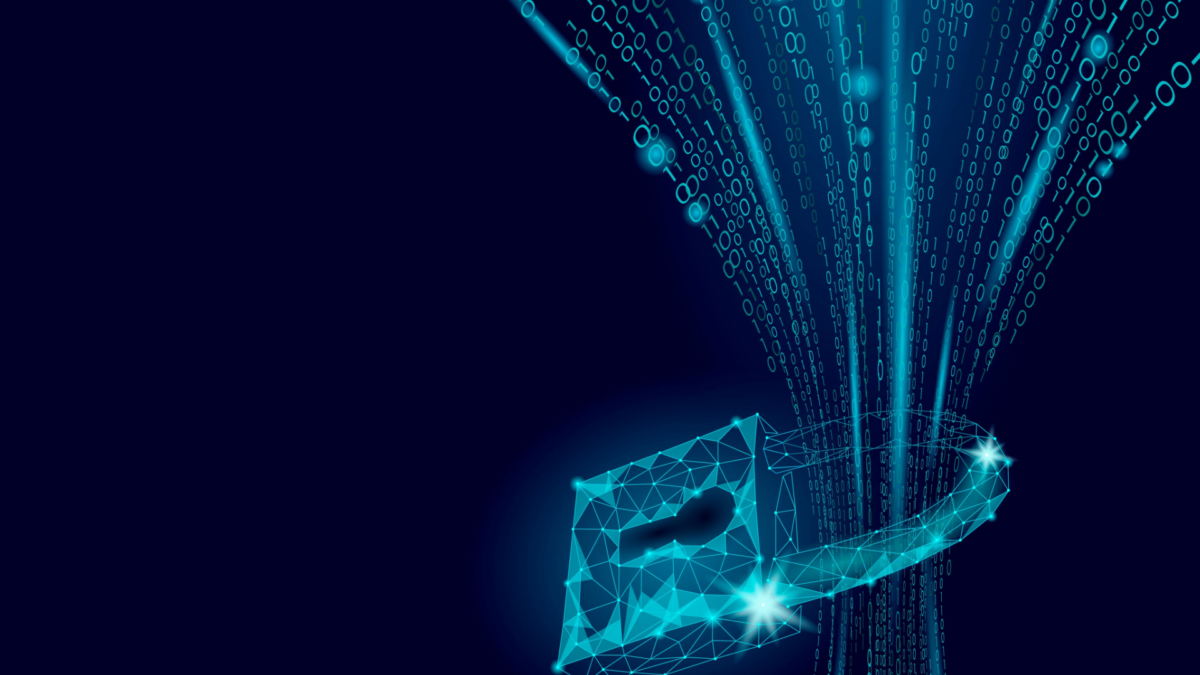 Techies and non-techies alike are interested in staying safe online, and who can blame us now that our devices are glued to us 24/7? We use them for everything from work to shopping, gaming to streaming. Our financial data and personal information are available to so many different entities.

What Is Data Anonymization?

The core purpose of data anonymization is to remove or alter data sets to exclude personally identifiable information (PII). Many large-scale operations require replica databases before they apply any form of data anonymization technique. Individuals, on the other hand, can anonymize their online data using a VPN with powerful encryption.

For a better understanding of how it works, let’s take a deep dive into a few of the most common methods used for data anonymization.

Multiple forms of data anonymization exist. To include every technique, with every one of its variations could take an eternity — especially since new variations are still being developed. Instead, you can check out the most common data anonymization methods below, including some use cases and examples.

Masking and encryption both modify real-time data as it’s being accessed. This is important as raw data could contain sensitive user information such as IP address, device data, location, and more. Encryption is often considered a form of data masking, but it’s a separate data anonymization technique. Data masking and data encryption, though similar, have different processes.

Data masking removes specific parts of sensitive information from the data and replaces it with data that contains the same type of structure, but a different value. Data encryption, on the other hand, scrambles your data using unique algorithms. A cybercriminal may be able to access the data, but it’s impossible to read without a key.

The most affordable way for the average person to anonymize data is by using a VPN with high-level AES encryption.

Homomorphic encryption is considered better in large-scale data anonymization. For example, data controlled by government entities. The process encrypts information so it’s unreadable, while still allowing it to be manipulated. It can be de-encrypted later, but only by the data controller.

Replacing key information with false identifiers, or pseudonymization, is another popular form of anonymization. As an example, 333 Bloomberg Avenue may be replaced with 345 Cherry Lane, or Fred Tuney might change to Jasper Bing. It’s an inventive way to ensure that your sensitive data remains private. Think of authors using pen names or actors using stage names to gain more privacy — only bigger and more complex when it comes to online data.

This technique omits some of the data to make the rest of the information less identifiable. You can remove sensitive information like age or address, and replace the data with a randomized set or change it to ‘unknown’, without compromising the overall accuracy of the data.

A form of data scrambling a bit like encryption, but less complicated. Data wapping shuffles attribute values, so the altered result doesn’t match the original data set. In 1990, after several successful simulations, the US Census Bureau used data swapping for the decennial census.

Census records were swapped between blocks for individuals or households that matched a specifically determined set of k variables. The (k p 1)-way marginals included matching variables and block totals that stayed the same. On the other end, marginals for tables that had other variables were subject to change at any time during tabulation.

By the 2000 census, the CB’s method had shifted to ensure identifying records carrying a higher disclosure risk were included in swaps.

Hospitals use data perturbation methods to protect sensitive electronic health information (EHI). It’s a form of data mining that adds random noise or mathematical methods (usually geometric), to create a disturbance in the database. The time it takes to properly implement data perturbation makes it less cost-effective for smaller companies or individuals.

Perturbation can be tricky and requires precision. If the base chosen isn’t proportionate to the disturbance you create, the data may not be anonymized properly. Worse yet, you could render the data completely unusable.

Creating synthetic, or fake, data is almost like playing a game of Sudoku. It requires using patterns or features from the original data set, to algorithmically create a new data set without modifying the existing data. The original data set remains the same, as altering it can compromise its integrity (in Sudoku it’s just cheating).

The use cases for synthetic data are expansive, but a couple stand out as a measure of the flexibility of this anonymization technique. Amazon uses synthetic data anonymization to train the natural-language-understanding (NLU) system for Alexa, while financial services like J.P. Morgan and American Express use it to help detect fraud.

Apple and Uber use this method of data anonymization to decrease the likelihood of user/client information becoming publicly available on any level. To be as effective as possible, differential privacy methods must be performed by experienced professionals.

It can be. The effectiveness of data anonymization depends on the technique chosen for the job, and on whether that technique is executed correctly. Some methods require extreme precision. One mistake could mean that no data gets anonymized, that some data is destroyed in the process, or that the wrong data is anonymized.

It’s also possible that the push to debunk data anonymization as an effective tool is ‘Big Tech’s’ way of preventing total anonymization, as it would mean a loss of income from data brokers who rely on the information.

At the very least, many app developers and search engines like Google would take a hit from a total anonymization approach. Even though Google prides itself on ‘safely masking data’, some of the data it collects isn’t always anonymized — worse yet, users don’t have much control over changing that.

Fortunately, there’s a growing response to privacy-invasive apps. For instance, the MicroG project aims to change Google’s data collection monopoly by providing users with a privacy-friendly alternative to some of the biggest Google services.

Can You Reverse Data Anonymization

All these things are easy enough and companies do sell or trade anonymized data, even major ones like Experian. That said, most studies done on reversing data anonymization don’t take human error into account. This is a major oversight, as mistakes in anonymization could account for the data being reversible. On the other hand, even knowing that your data could be de-anonymized by anyone with the skill set and money is alarming.

According to many researchers, most data anonymization methods don’t meet the requirements of current legislation like the General Data Protection Regulations (GDPR) or the California Consumer Privacy Act (CCPA). Here’s a perfect example of how oversight on the part of companies while performing data anonymization, can lead to data exposure:

Researcher Latanya Sweeney legally acquired anonymized medical records that included patient appointments, hospitalization incidents, procedures, charges, and payment methods, and then used newspaper archives to de-anonymize the data. She wasn’t able to obtain the names and addresses of the patients using the medical records, but the zip code was readily available. Using the unique zip code, she cross-referenced accidents reported in area newspapers against patient files. Sweeney directly connected a staggering 43% of the articles to patient files. Because newspapers generally include the first and last name of the injured party, she could perform an address lookup. Essentially, all patient data for 35 individuals was de-anonymized.

This begs the question, are there any truly effective data anonymization methods?

Which Data Anonymization Methods Are Most Effective?

For large corporations, the most effective methods of data anonymization are differential privacy, homomorphic encryption, and synthetic data. These methods are considered to be the most secure way to anonymize sensitive information because they present the least likely chance of de-anonymization. Here are a few examples of companies that use each of these methods:

The simplest and most effective way for individuals to increase their online anonymity is to use a VPN with extremely tough encryption. That way, at least you’ll know you did what you could to secure your sensitive online data while in transit.

Do All Countries Have Data Protection Laws?

EU countries like Sweden, France, and Ireland have some of the most all-encompassing and strict laws regarding data privacy. Other countries, including Egypt and Brazil, follow closely in legislation regarding personal data protection.

Not all countries offer equal, or even adequate, data privacy protections. Surprisingly, despite being home to Silicon Valley, the US falls short when it comes to creating comprehensive, nationwide data privacy laws.

Data Anonymization Solutions for Everyone

Companies wishing to implement one of these methods to anonymize customer or employee data must first determine exactly what information they want to protect. Many data anonymization methods are time-consuming, and implementing them can be expensive. Before doing anything companies should take the following into account:

Average individuals who just want to increase anonymity while accessing accounts, paying bills, or shopping online have options as well. A VPN is the best solution for effectively anonymizing personal data while in transit. A VPN is easy to implement data anonymization that’s affordable for everyone.

PIA gives you the choice between two unbreakable forms of AES encryption, to provide data anonymity. You won’t have to buy a license for every device either as PIA gives you 10 simultaneous connections.

Is data anonymization the same as data masking?

No, data masking is a data anonymization technique. It removes certain pieces of sensitive data and replaces it with similarly structured data that has dissimilar values.
While data anonymization does mask your data using methods like encryption, substitution, pseudonymization, and masking, each of these processes are different from one another.

How effective is data anonymization?

Done correctly, data anonymization is effective and, in most cases, irreversible. If you own a business and want to protect sensitive client and employee information, data anonymization is a great tool. Successful anonymization can help increase client/employee trust, and provide much-needed peace of mind in the digital age.
For individual-use, PIA VPN can help you maintain online privacy on any network. We use secure transfer protocols like WireGuard®, provide an  advanced Kill Switch to prevent data leaks, and have advanced split-tunneling capabilities.

Can you de-anonymize anonymous data?

Yes, in some instances, but it depends on what technique was used and if the anonymization was done correctly.
Encrypted data can be de-anonymized if you erase the key, but it needs to be done by whoever created the key.
Other forms of anonymization can be reversed with special technology and access to the dataset. Because it’s difficult to do, and in most cases renders the data recovered unusable, many IT professionals consider data anonymization to be irreversible by the average cybercriminal.

What features should I look for in a VPN for data anonymization?

High-level encryption is the most important feature of a VPN in terms of data anonymization.
PIA offers extremely tough encryption, including 256-bit AES — the same encryption used by the US Military to guard sensitive data. You can also use our all-in-one ad tracker and malware blocker, MACE, for further protection against prying eyes and unwanted software downloads.