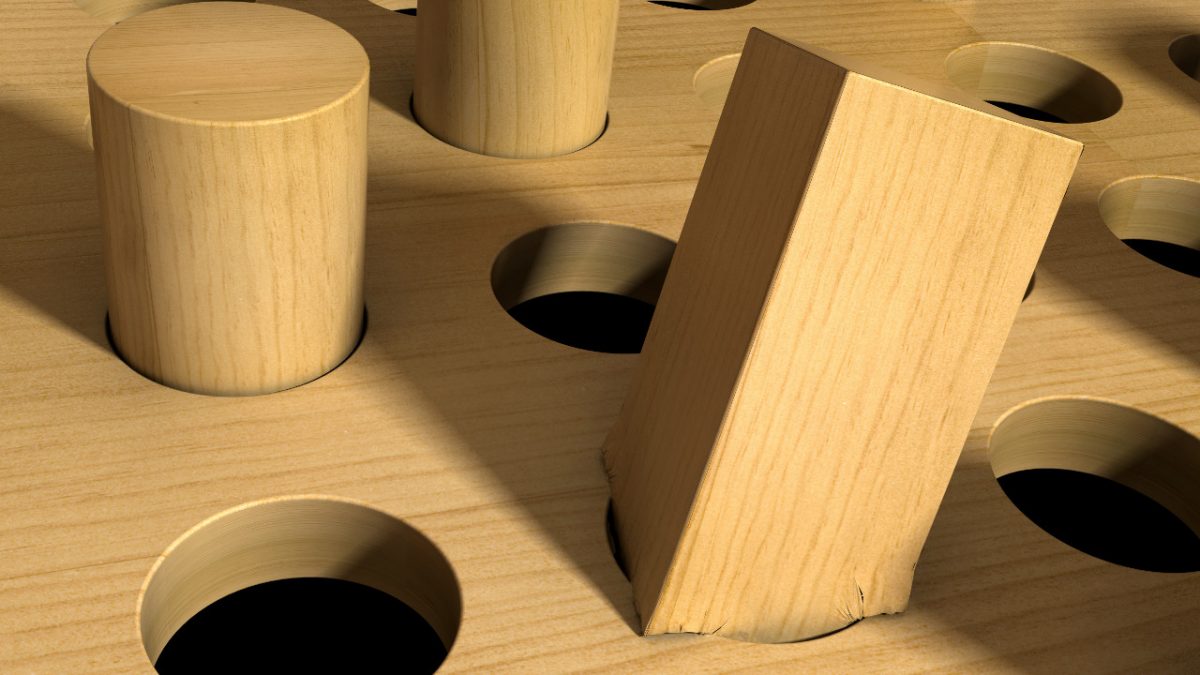 A society without rulebreakers doesn’t challenge the rules, the status quo, the established consensus. Our society pretends to celebrate its entrepreneurs, its freethinkers, and its trailblazers. But in action, in decree, and in enforcement, today’s societies passionately hate its square pegs in the round holes, its challengers, and its troublemakers — yes, those very same people as it pretends to cherish. It does everything it can to preserve the beautiful present. The one component required for the troublemakers to break out of their cages is privacy.

“Here’s to the crazy ones. The misfits. The rebels. The troublemakers. The round pegs in the square holes. The ones who see things differently. They’re not fond of rules. And they have no respect for the status quo. You can quote them, disagree with them, glorify or vilify them. About the only thing you can’t do is ignore them. Because they change things. They push the human race forward. And while some may see them as the crazy ones, we see genius. Because the people who are crazy enough to think they can change the world, are the ones who do.”

The quote is beautiful. (And it’s from Rob Siltanen, not from Steve Jobs, who initially called the quote utter rubbish in his typical managerial style.)

The point is that most rules are not okay to break. That’s why we call them rules. They go by many other names — customs, taboos, expectations, norms, or traditions. And the key is that they dictate your behavior when observed by others. But in order to advance society, in order to move its values forward, those rules must often be broken — which they cannot be if people are being observed by others, and there is a penalty attached to breaking the rule. It doesn’t have to be criminal. It doesn’t have to be formal. The penalty doesn’t even have to be financial; a social penalty goes a very long way to constrain behavior to rules and expectations.

The crucial observation here is that society only celebrates rulebreakers after they’ve succeeded wildly, like Steve Jobs. Never before they’ve succeeded. Never when they’re in the progress of breaking the rules.

Why is this important?

Because values change over time. We like to say they “advance” over time. Even right there, we’re putting subjective value to it — we say that the change over time is generally positive, as “advancement” suggests so. It follows that the values we held earlier, as a society, were worse than the ones we have today.

This advancement was made possible — slowly, over time — only due to privacy. The fact that people have been able to break some of society’s rules in private at first, then gradually to larger groups of people, has made it possible for society’s values to evolve, to advance.

I like to bring up homosexuality as an example here: if today’s mass surveillance had been in place in the 1950s, homosexuality would still be illegal and people born that way would be criminal from birth. For how many would dare stand up and protest when law enforcement is rounding up organized crime? That’s what the human rights groups for homosexual people were, originally: organized crime. But it wasn’t the human rights groups that were in error, but the contemporary definition of crime. Only through these groups was that definition changed, and society could advance, could become a little better.

This brings a necessary followup question:

What advancements are we making impossible today, at the society level, by creating a mass surveillance society where all laws, rules, and expectations are increasingly expected to be followed, and where the celebration of misfits are emptier words than ever before? Where privacy is no longer guaranteed, but rather prevented, by those governments which are supposed to uphold it?