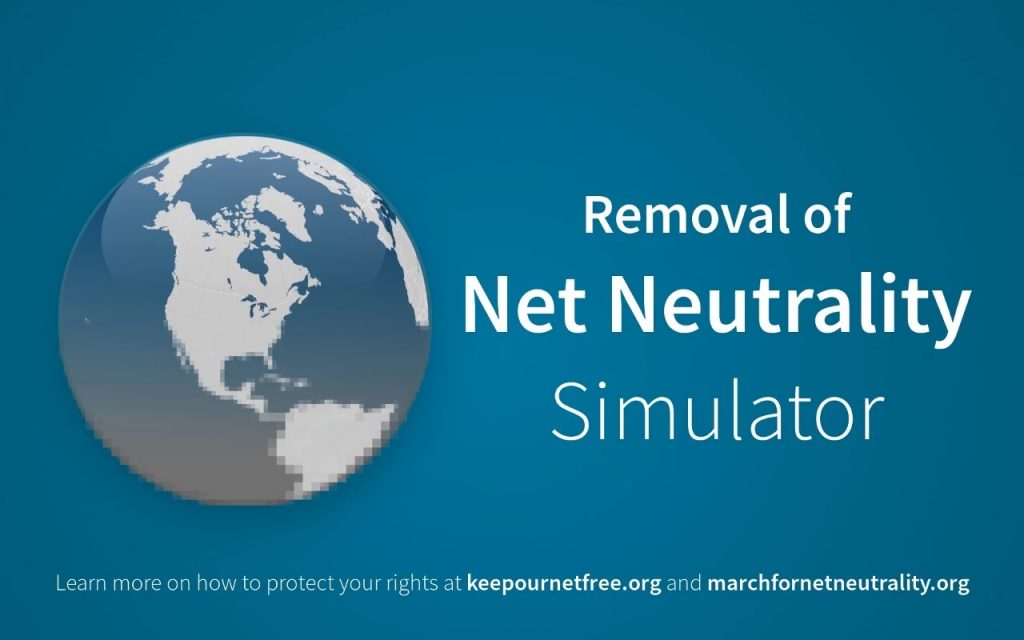 The “Removal of Net Neutrality Simulator” is a new Google Chrome browser extension created by the good activists at Keep Our Net Free for education and awareness purposes which simulates an online world without net neutrality (NN) where internet service providers (ISPs) control and squeeze your internet browsing experience for extra profit. The extension’s functionality and stated goals are simple:

To demonstrate the impact of removing Net Neutrality, this extension slows your internet connection and blocks several websites.

All it takes is a few minutes of using the Internet with the “Removal of Net Neutrality Simulator” to get a clear grasp of why consumers deserve net neutrality. The creators of the dystopian simulator explained:

This extension shows you what the ramifications of this decision would be by slowing all websites except for “sponsored sites”, and blocking content those sites’ competitors’ websites.

Google Chrome extension shows you an Internet without net neutrality

When browsing Reddit, you’ll have to navigate through a popup that stops loading your desired Reddit page and suggested that you use the “ISP approved” Myspace network instead.

If you try to go to Google’s YouTube, you’ll quickly be prompted to try out Vimeo instead. Similarly, using Google Search will show a suggestion to use Microsoft Bing. While these might not be the exact scenarios that play out if net neutrality is killed by the US government, they examples are particularly illustrative. The “Removal of Net Neutrality Simulator” is just a tease of how bad it can be if NN is removed. In reality, instead of pop ups kindly suggesting that you use another site, ISPs could straight up redirect you or otherwise shape your traffic. If you are unable to buffer any Youtube video in a reasonable amount of time, even at 480p, because Google didn’t want to pay your ISP’s net neutrality blackmail fee, you’d have a clear disincentive to using YouTube and a clear incentive to switch to Vimeo.

This extension will raise awareness for net neutrality all around the world, not just in the United States. The fight to keep our net free is an international one. It’s true that some countries, like Canada, have enacted sweeping net neutrality protections. Other governments, like the Indian government for instance, have revealed their stance on the open internet over and over again with UN-disapproved region wide internet shutdowns.

It is ever important to fight for NN because nothing will be there to stop this type of anti-consumer behavior if the FCC removes open internet protections in August of this year. Currently, the plan by the FCC is to allow internet service providers (ISPs) to pinky promise not to violate open internet principles. While some ISPs have publicly stated that they believe in the general ideas behind an open internet, the actions of these ISPs reveal their true feelings. When allowed, ISPs have been experimenting with NN violating programs such as zero-rating. ISPs have even been caught specifically throttling p2p traffic in the past. This is why you must comment. This is why you must march. This is why, if you believe in the Internet, you must stand up for net neutrality.

Disclosure: Private Internet Access is a supporter of keepournetfree.org, the publishers of this Google Chrome extension.