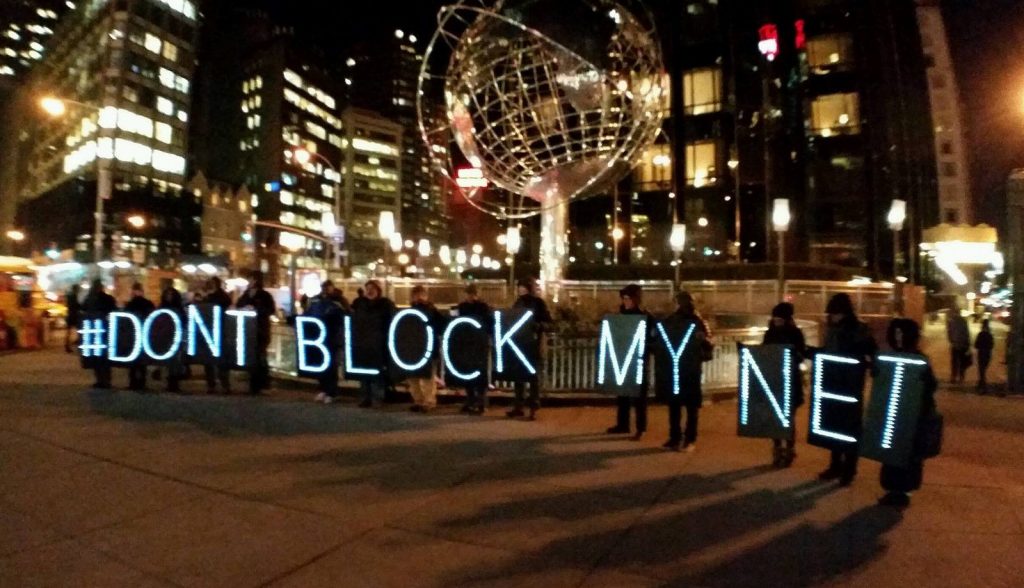 According to multiple sources on Capitol Hill, net neutrality is next on the chopping block for the FCC now that internet privacy rules have been repealed. The official plan could be unveiled as early as the upcoming April 20 FCC monthly meeting. Ajit Pai has discussed his plans with the telecom companies and internally at the FCC, but the FCC has not given any official comment to the Wall Street Journal or Reuters to confirm or deny the specifics of Pai’s plan.

Without net neutrality, FCC wants us to rely on ISPs to not violate the open internet

Besides doing away with the common carrier classification for ISPs and telecoms and the associated utility style net neutrality rules, part of the reported plan is to leave ISPs and telecoms to commit to open internet principles “in writing” and in their terms of service in a legally binding contract with their customers. Reuters journalist David Shepardson reported:

“The officials briefed on the meeting said Pai suggested companies commit in writing to open internet principles and including them in their terms of service, which would make them binding.

It is unclear if regulators could legally compel internet providers to adopt open internet principles without existing net neutrality rules.”

With the planned repeal of the Open Internet Order of 2015 now underway, America’s net advocates are mobilizing to defend an open internet and everything that that stands for. Craig Brown, CEO and President of Free Press, told Motherboard:

“It took a decade to win the fight for net neutrality, and people will not sit by silently when politicians threaten to take it away. They will defend the open internet and the free expression, economic innovation and popular organizing it makes possible. The system may be rigged in favor of corporate giants, but Donald Trump is about to find out the hard way what happens when you mess with the internet.”

“If the FCC’s Open Internet rules are directly jeopardized—either by the Trump administration and the FCC, or by Republicans and Democrats in Congress—we will work with our allies to mobilize on a mass scale.”

We don’t yet know exactly how net neutrality will be dismantled, but you can be sure that the American public won’t take it sitting down. A promise from your ISP isn’t enough to secure an open internet – it never was and it never will be.