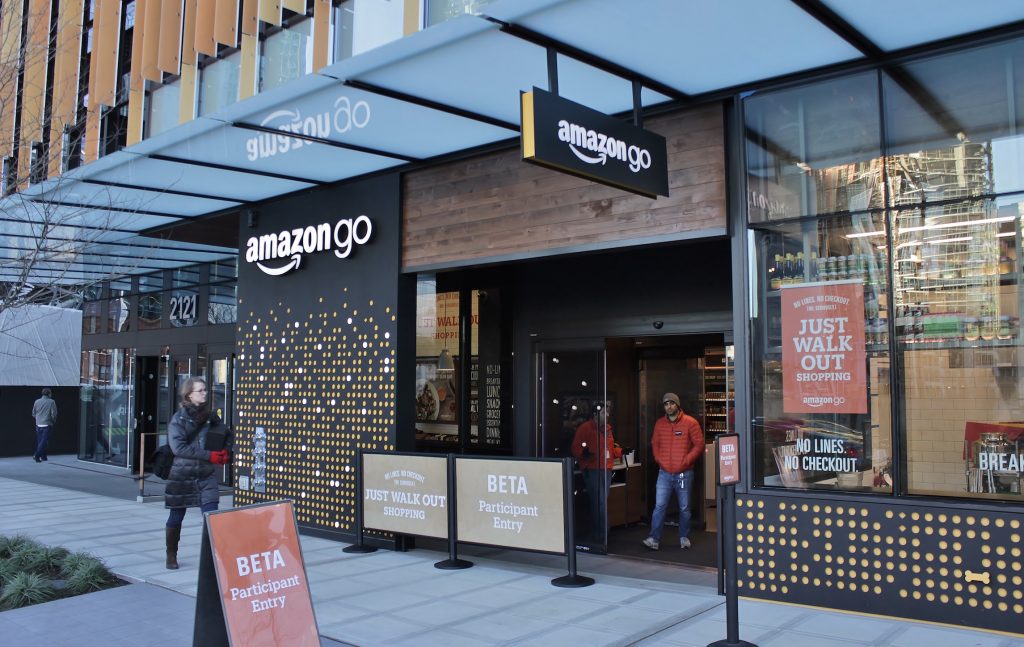 Jeff Bezos’s Amazon has been granted a patent for a tool called “Physical Store Online Shopping Control,” which helps brick and mortar locations control users’ online shopping experience when they are at the store and on the store’s WiFi network. If a customer searches for a product or competitor, Amazon would be able to “control” that online experience by redirecting, blocking, or otherwise tampering with your internet traffic. Interestingly enough, Amazon itself is often used as an online price comparison when consumers are currently on the ground in other stores – Amazon’s new patent specifically targets this use case (view patent here). Dani Deahl from The Verge commented:

Amazon’s new patent could be used to invade shoppers’ privacy

The online shopping control only works on the store’s own WiFi, which you may find that you need to connect to because there is no cell service in the middle of a gigantic warehouse. However, if net neutrality goes out the window, it is possible that cellular data providers could get into the game of filtering/throttling certain sites or activities.

This news is all the more poignant considering that Amazon just acquired Whole Foods – an often used free public WiFi hotspot. If censorship that is default on popular public wifi hotspots, which Amazon physical locations may very well end up being, that means that those connecting at these locations are not connecting to the real, open internet. We’ve seen this happen in the United Kingdom, in the form of overzealous adult filters; needless to say, we are watching closely as open internet restricting technologies continue to make it to the mainstream. People need to know the capabilities of technology, and that this isn’t net neutral. If such a tool is deployed on any WiFi network, you can defeat it by using a VPN. Similarly, you should be able to defeat this tool by simply avoiding in-store WiFi and using 4G.

On Hacker News, a comment by dbingham also summed it up well:

It shouldn’t matter that this is an obvious thing to do or easily circumvented (for the time being).

It is 1) an invasion of privacy and 2) anti-competitive behavior.

Version 1 may be easily circumvented, but future versions could easily be tighter and more difficult to circumvent. For example, a contract with the mobile providers could make this something that no longer depends on in store WiFi usage.

This is the sort of thing that should be stopped in its infancy.

Admittedly, some believe that Amazon has this patent for defensive purposes, to prevent competitors from blocking Amazon.com in their stores. Regardless, it’s a stark reminder that whoever controls your WiFi truly controls your internet experience – as those with Comcast are frequently reminded of.