Unlike the USA Liberty Act, the USA RIGHTS Act could actually end warrantless surveillance on Americans by the NSA 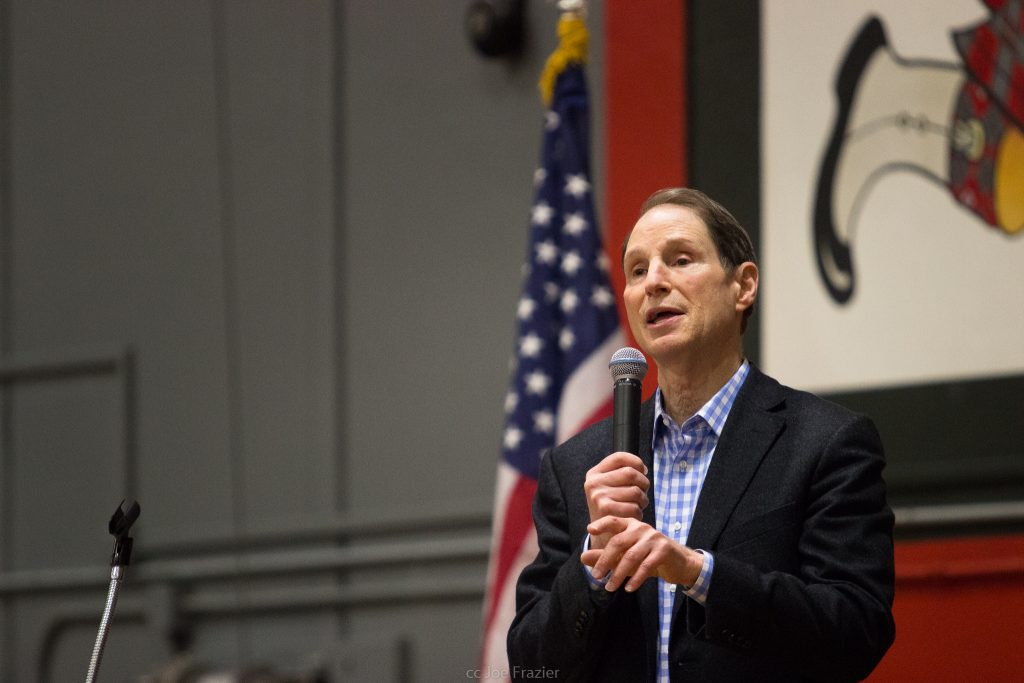 The end of unwarranted NSA mass surveillance on US citizens may finally be in sight with the (for once) properly named USA RIGHTS Act (Uniting and Strengthening America by Reforming and Improving the Government’s High-Tech Surveillance Act). The USA RIGHTS Act essentially reaffirms American constituional privacy rights in light of continued overreaches of the government’s use of Section 702 of FISA Amendments Act. Currently the NSA collects a database of online communications, which includes Americans’, and can be searched by other law enforcement without a warrant. Section 702, which has President Trump’s unwavering support, will expire this year unless extended. The USA RIGHTS Act was submitted to Senate this week by a bipartisan group of Senators led by Senator Wyden. In the House of Representatives, Representatives Lofgren and Representative Poe introduced the companion legislation. Currently, Congress has two front runner bills that would renew and limit Section 702 and find the balance between protecting domesic citizens’ privacy while maintaining the mandate to conduct foreign intelligence.

Unlike the ironically named USA Liberty Act, the USA RIGHTS Act actually ends the legal backdoor that allows the NSA to collect domestic communications and it also forces the government to give notice when FISA Section 702 surveillance data is used against Americans and to give the more powers to address that in court. Specifically, unlike the so called USA Liberty Act, the USA RIGHTS Act would end “about” data collection. Additionally, the bill sets a 4-year sunset on Section 702 so complete elimination can again be on the table after a potential changeup in political roster.

“The USA RIGHTS Act is the best way to shut the backdoor on warrantless spying and to protect Americans’ constitutional rights. As evidenced by multiple votes by the whole House of Representatives, support for these reforms is strong and bipartisan. While there are multiple section 702 reform efforts currently underway, these efforts have yet to provide the level of constitutional protections that the American people deserve.”

Representative Poe described the importance off passing this particular bill:

“Americans Fourth Amendment rights are at stake. Our bill protects individual freedoms while maintaining intelligence agencies the ability to continue to protect the United States. The days of government searching through Americans private data while skirting through back doors without a warrant must end. The U.S.A. Rights Act ends the warrantless surveillance of Americans through section 702. This makes liberty paramount. Americans should not be forced to sacrifice individual liberty and constitutional rights for false security.”

Along with the Electronic Frontier Foundation (EFF), many civil liberties and digital rights groups have thrown their official support behind the propose bill. Multiple organization signed a “People for the American way” letter which emphasized that the USA Rights Act is necessary to protect internet privacy. Letter signees include the ACLU, NAACP, Freedom of the Press Foundaion, Center for Democracy & Technology, Demand Progress, and scores more.

While it would be better if Section 702 were just allowed to expire at the end of this year – that’s not going to happen. We need to, as a country, take baby steps towards reclaiming our constitutional rights. Call your Congressional resprentatives today to urge them to vote for the USA Rights Act. Also, remind them that they need to defend net neutrality while you’re at it!