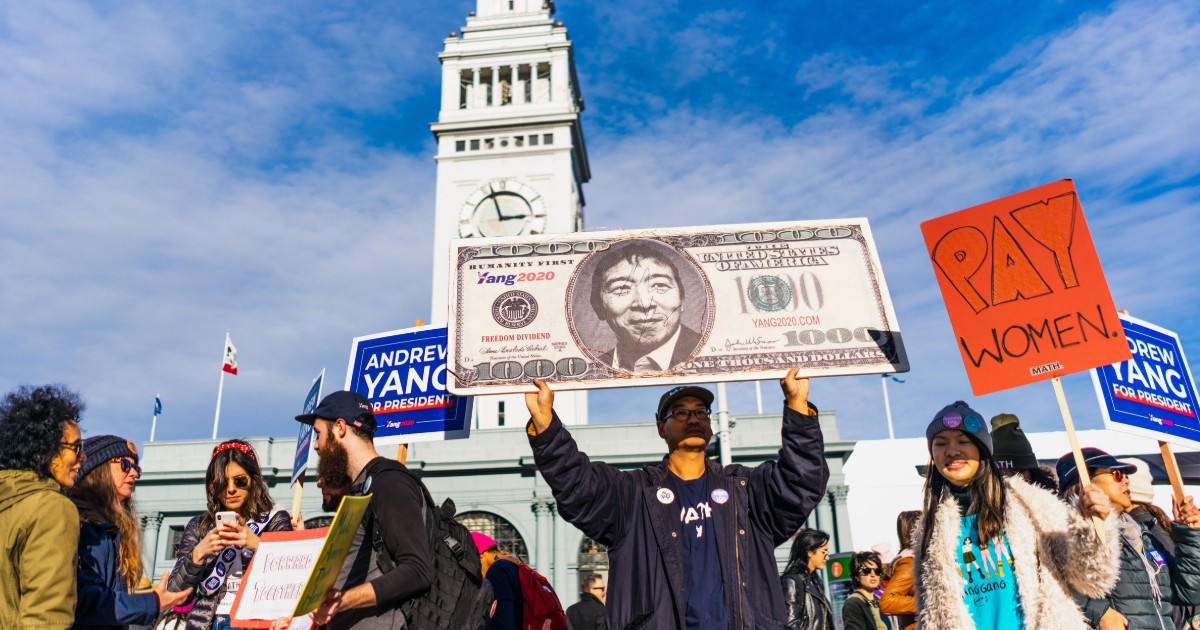 Andrew Yang is making headlines again with a new endeavor called the Data Dividend Project that would make tech companies pay users for the personal information given up while using a company’s products and services. The project would get its teeth from privacy regulations such as the California Consumer Privacy Act (CCPR) and is part of the burgeoning movement to treat data as property.

As it currently stands, most people are giving up tons of personal information when they scroll through and click accept on a Terms of Service or Terms and Conditions agreement. The thing is, users don’t have a choice – these terms are always presented as a take it or leave it proposition and efforts to make the relationship between user and information-siphoning company more fair have largely fallen flat. It’s worth noting that on mobile apps, things have gotten to a point where device permissions can be outright rejected, or only set to apply while the app is open. Even this hard-earned privacy functionality doesn’t go as far as the Data Dividend Project could, though. Yang told The Verge:

“We are completely outgunned by tech companies. We’re just presented with these terms and conditions. No one ever reads them. You just click on them and hope for the best. And unfortunately, the best has not happened.”

Yang believes that this could be a way forward to providing a basis for universal basic income. The Data Dividend Project’s vision has been previously championed by others including Jaron Lanier, but Yang hopes that the effect of cash in hand will drive the adoption of a new standard in data protection. He commented to The Verge on how this could make an impact:

“It’s that first day that people get paid their dividend through DDP for All is going to be such a great day because you can imagine thousands and even tens of thousands of Americans getting something in their PayPal or Cash App. Even something like $20, $50, or $100, and they’ll tell their friends, and we can change practices industry-wide.”

In the past, we have seen internet service providers (ISPs) create a cheaper tier of service where users explicitly give up their internet browsing history to the ISP to sell for a profit. The cheaper tier of service is thus somewhat paid for by the user’s private internet activity – which clearly has value in such an arrangement. However, it’s worth noting that that value is undoubtedly higher than the amount of money saved by the subscriber. How much more value does it have? The Data Dividend Project could be a way to enumerate that.