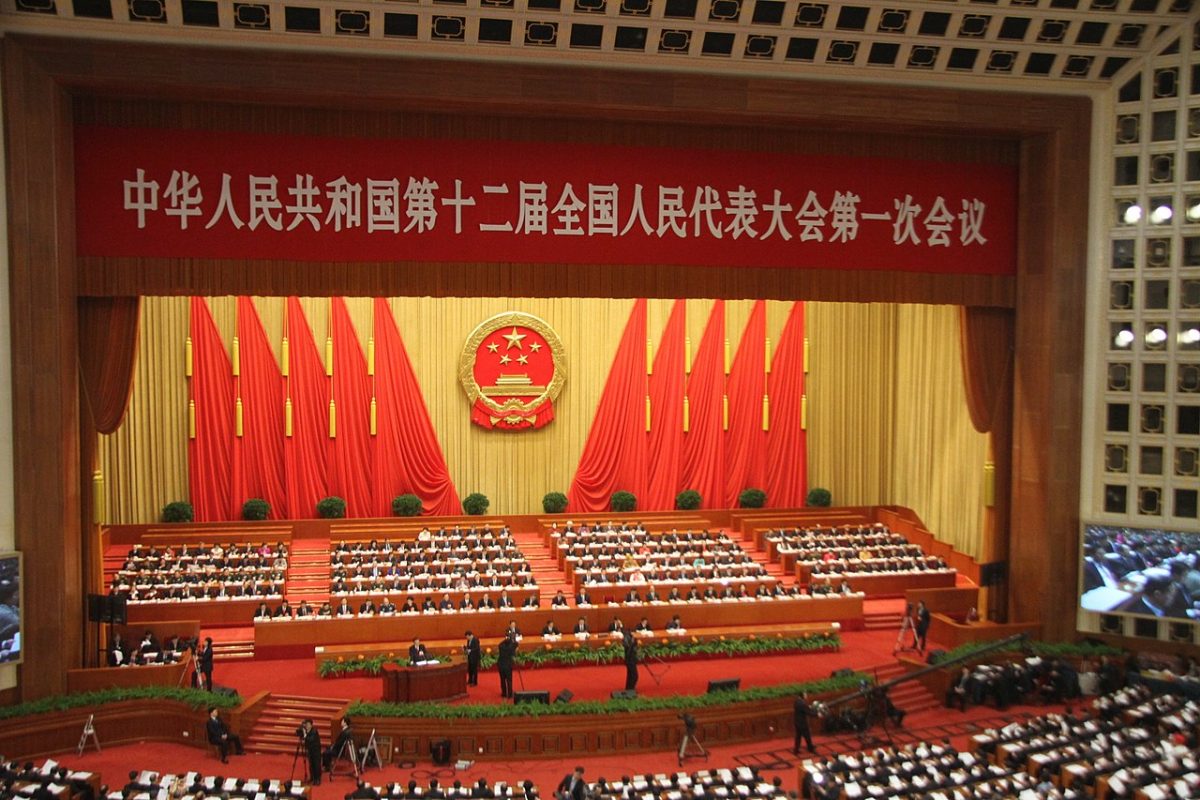 Hong Kong will soon have a new national security law implemented without a single vote by a Hong Kongese politician. If that doesn’t sound democratic, that’s because it isn’t. The National People’s Congress (NPC) in China is starting its bimonthly meetings and at the top of the agenda is a new national security law for Hong Kong. Specifically, the agenda mentions a bill “on establishing and improving the legal system and enforcement mechanisms for the Hong Kong Special Administrative Region to safeguard national security.” According to the South China Morning Post (SCMP), such safeguards would include forbidding the following:

“Secessionist and subversive activity, foreign interference and terrorism in the city.”

These are new national security laws that will be largely aimed at pro-democracy protestors – which the world has seen is a large portion of Hong Kong’s citizenry. A source that the SCMP spoke to in Beijing commented

“We can no longer allow acts like desecrating national flags or defacing of the national emblem in Hong Kong.”

When one hears National People’s Congress, one might be forgiven for assuming that such a political organ is analogous to the Congresses in democracies around the world; however, that would be a mistake. The NPC is more like an NPC (non-playable character) in a video game that only does what its developer/creator programs it to do. In this case, that creator is none other than the Chinese Communist Party (CCP). All important legislation that the NPC passes is first drafted and approved by the CCP and 70% of the NPC is officially part of the CCP while everyone else is directly under the CCP’s thumb – meaning that legislation like this always goes through.

According to The Guardian, Zhang Yesui, a spokesman for the National People’s Congress, said at the start of the NPC’s meeting:

“Because of new circumstances and need, the NPC is exercising the power enshrined in the constitution to establish and improve a legal framework and mechanism for safeguarding national security and upholding the institutional framework for ‘one country, two systems’.”

China is no longer pretending to let Hong Kong be democratic

The circumstances are last year’s protests by pro-democracy protesters in Hong Kong that resisted political action within Hong Kong’s own congress that would have severely lessened democratic rights within the region. Now, instead of trying to push such controversial issues through Hong Kong’s own congress that still attempts to keep democracy alive, China will pass national security laws for Hong Kong over a thousand miles away directly from Beijing without any input from Hong Kong’s citizenry. An unnamed source in Beijing confirmed to the SCMP:

“The new law will be introduced in Hong Kong through promulgation, without the need for local legislation.”

Beijing had previously had a policy of at least pretending that Hong Kong would be able to draft its own legislation and govern itself – but that farce is now completely over. After all these years, China is showing its true colors with regards to Hong Kong and breaking the illusion that a “one country, two systems” system is anything but absolute control from China’s ruling cadre.

“I’m speechless. This is a complete and total surprise and I think it means the end of one country, two systems. […] When the world is not watching they are killing Hong Kong, killing one country, two systems, and using social distancing rules to keep people from coming out to protest. […] This is the most devastating thing to happen to Hong Kong since the handover.”

While the move from China’s government to pass this national security law in China for Hong Kong – as opposed to in Hong Kong for Hong Kong – is a clear change to the status quo and way of doing things, it’s as of yet unclear how Hong Kong’s citizenry will respond to this fundamental promise-breaking by the Chinese government. Ming Sing, a political scientist from the Hong Kong University of Science and Technology, commented to The Guardian:

“If Beijing passes the law … how [far] will civil society resist repressive laws? How much impact will it unleash on to Hong Kong as an international financial centre?”

When, not if, this law passes in China – and there is absolutely zero indication that it won’t – it’s likely that there will be reeling effects for Hong Kong’s economic status as a world financial center. That status is preserved by special economic treatment designations from countries like the United States – a designation that could be in jeopardy due to this very law. The US Secretary of State, Mike Pompeo, recently delayed a report about Hong Kong pending legislation like this from the NPC.  Amid this shocking political turn, pro-democracy protestors in Hong Kong have already started taking to the streets. As China flexes over Hong Kong, the whole world watches on with bated breath.