Why Hong Kong protesters don’t just want privacy from China, they need it to survive 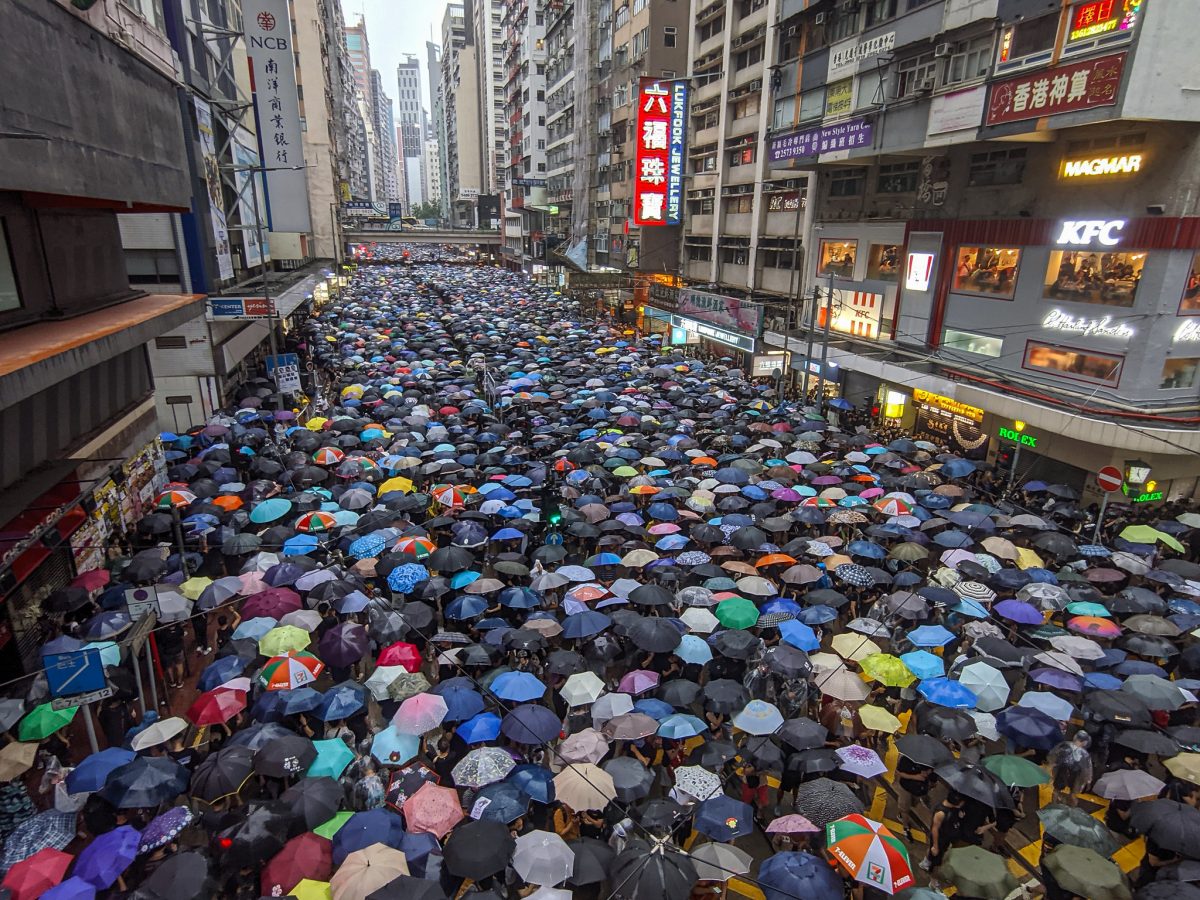 Hong Kong protesters are so adamant about covering their face and using the latest privacy apps on their smartphones because they understand what is at stake. China will never understand Hong Kong’s desire for freedom. At the government level, maybe some Chinese politicians are aware that what they’re selling the Chinese populace (both within Mainland China and abroad) is a crock full of authoritarian stew. The protesters in Hong Kong are so adamant about marching because they know that they are marching for their lives. The promises that China had made in their one China, two systems spiel are now known lies to the entire world. China’s Great Firewall and cybersecurity laws already make a pretty tight leash on freedom of expression within the mainland. In Hong Kong, the leash is still tightening and protesters are aware that they’re being surveilled by the Chinese Communist Party both online and in person.

As facial recognition software makes its way into everything from the registration process for new cell phone plans and internet services to classrooms to concerts, China has also banned the use of face masks in Hong Kong. The obvious implication is that the Chinese government is amassing a huge database of dissenters in Hong Kong. The most troublesome of which have long been aware that they are at risk for being “disappeared.” Even without the extradition law that the HK protesters marched against, China still acts in extra-jurisdictionally and kidnaps people when they aren’t within the borders of the People’s Republic of China. Remember the book sellers?

Most people familiar with the past responses to political turmoil, namely the Tiananmen Square Massacre, are aware of the immense persecution that Tiananmen Square protesters faced after the Massacre. Take the infamous Tank Man, whose fate is unknown and has long been suspected to have ended in the hands of a Chinese camp. The same types of “re-education” camps that have been used since the Cultural Revolution and are being used in the Chinese to oppress ethnic and religious minorities. Anyone that protests against the Chinese government knows deep down in their heart that the Chinese Communist Party is revamping its long campaign to publicly demonize a third class of minority: the political minority. In a country where there is only one party, any dissenting view will. With good reason, the most popular dissenting view is democracy and self determination – both of which run counter to China’s goals.

Protesters in Hong Kong aren’t just faced with opposition from the Chinese government, they’re also faced with opposition from international corporations that acquiesce to China’s demands and party line to avoid damaging their access to the lucrative Chinese market. A stark example of this would be Apple removing the HKmap.live app from the Apple iTunes App Store claiming it was for the safety of Hong Kong police – a blatant government lie. In reality, the app was being used by protesters to avoid police and especially undercover police or their secret society associates that were intentionally enacting violence at otherwise peaceful protests to try and sway public opinion.

The protesters in Hong Kong know that despite their best efforts, the mainstream media in China is portraying them in the worst light. But that doesn’t matter. The real media and truth seekers in the world have been viewing China’s actions in Hong Kong and are continuing to report on it because it is a lynchpin for China’s international policy. For that reason, China will crack down on the Hong Kong protesters once they have amassed the data that they need to identify every last dissenter. While that may sound like a dystopian sci-fi ending, it’s the one we’re barreling towards if the international community – companies, individuals, and all – don’t stand up to the Chinese Communist Party.

Non Chinese companies need to stand up against China by providing products and services that do not acquiesce to China’s extra-jurisdictional demands to remove certain flags from emoji keyboards or to issue apologies under implicit or explicit threat. Making sure these products and services are available to protesters like those in Hong Kong is a noble cause and will be instrumental in changing the world for the better. The protesters in Hong Kong can use decentralized technologies to chat with each other and to encrypt their communications and internet browsing in spite of Chinese government wishes because technology and freedom will always find a way. As we stand on the cusp of a China-lead privacy dystopia, it’s individuals like the protesters in Hong Kong that are figuratively on the front lines risking their lives. Hong Kong protesters don’t just want privacy from China – they need it to survive.

Featured image by Studio Incendo via CC By 2.0 License.