Controversial Wikileaks Founder Julian Assange has been Arrested in London 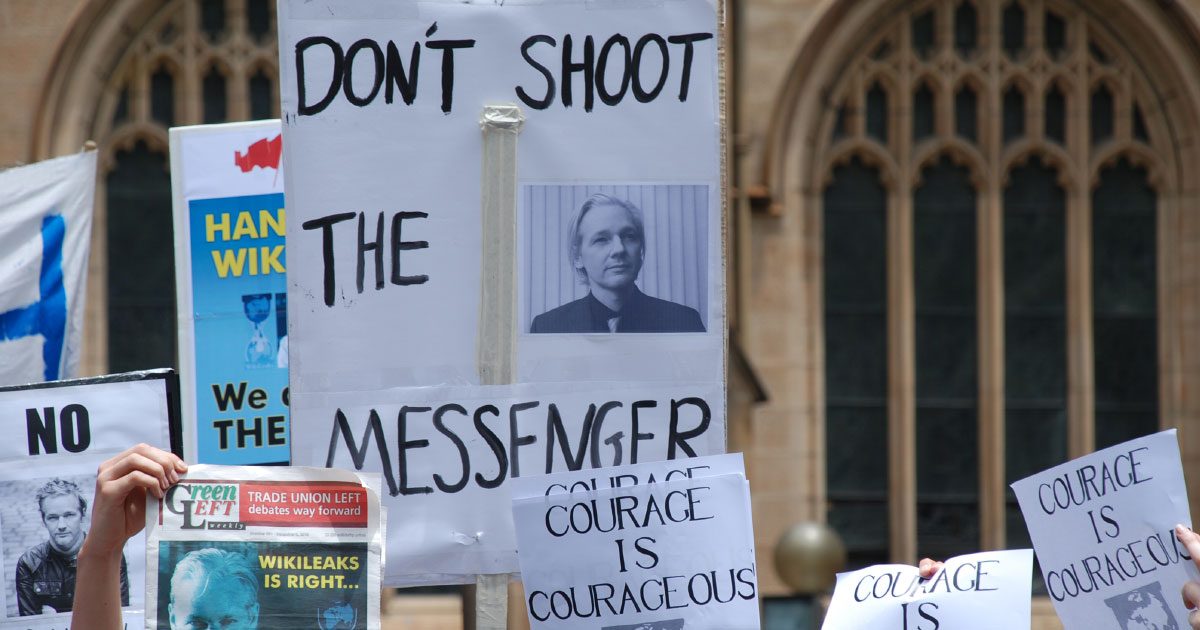 Julian Assange, the controversial founder of Wikileaks, has been arrested in London after being ousted from the Ecuadorian Embassy where he has taken refuge for seven years.

The reasoning for the initial arrest is related to skipping out on arrest warrant in the UK (“failing to surrender to the court”) for an inquiry into sexual assault charges in Sweden that were later dropped.

The main concern that Assange and his supporters face is if the United Kingdom decides that he can be extradited to the United States for conspiracy and espionage charges. A move that both sides see as a likely outcome. In aggregate, the charges that Assange would face in the US could result in life imprisonment.

Supporters of Assange want him to be freed, arguing that Wikileaks only acts as a publishing point for information, and that the organization (and Assange) do not participate in any of the activity that causes the information to come to light. They argue that Wikileaks is a strong vector to destroy sources of corruption in powerful government and corporate structures.

Detractors of Assange argue that he knowingly worked with Russian intelligence to time the release of the now infamous DNC hacks in order to maximize influence on the 2018 elections. They also argue that Wikileaks has been co-opted by Russian influence and that it only publishes documents that significantly harm the reputation of western powers. The US government also has an active arrest warrant for Assange related to the leaks of information by Chelsea Manning, which the US intelligence community claims “put lives at risk.”

Regardless of your love or disdain of Assange and Wikileaks, there’s some dangerous roads for journalism ahead. The courts will likely define whether an organization like Wikileaks constitutes a free press, what protections the organization is granted under that determination, and how contributors and sources are protected. Wikileaks is a unique entity, and how this mess shakes out will determine how this and future organizations will operate.

If organizations like Wikileaks are ultimately destroyed, we run the risk of having stolen data being posted unredacted and to untrustworthy sources, increasing the collateral damage of such information. Because of the content of the types of documents that Wikileaks releases, unredacted documents can put lives at risk. Dumping information in ways where the authenticity cannot be verified also magnifies the risk of division. If the infamous “collateral murder” video was posted to ThePirateBay or 4chan, there would be significant worldwide push-back questioning the authenticity of the video.

Ultimately, bias or not, Wikileaks did partially solve some of these problems, and attacking Wikileaks ultimately damages the chances of accountability for the people involved in the revealed conspiracies and coverups.