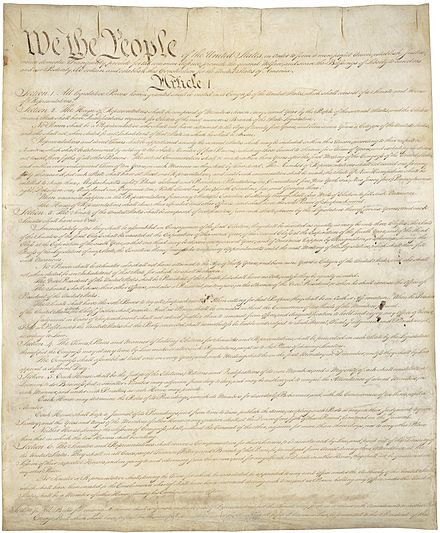 The United States Constitution’s 4th amendment supposedly protects us from illegal search and seizure. This constitutional right against illegal search and seizure has been tested time and again in the highest court in America. Chief Justice John Roberts, who was nominated by President George W. Bush and a nominee whom then-Senator President Barack Obama voted against, is one of many pushing for an update to Rule 41. Roberts has submitted a letter to Mr. Paul Ryan describing the proposed change that any US Government Judge may “issue a warrant to use remote access to search electronic storage media and to seize or copy electronically stored information located within or outside that district.”

The following conditions must apply:
1. “the district where the media or information is located has been concealed through technological means”
2. “damaged without authorization and are located in five or more districts.”

Let’s review these broad conditions in a realistic light. Well, an IP is not a person and through experience with networks, one would know that an IP cannot represent a location either. What this means is that any person using the internet is already concealing their location through technological means. That means a judge can technically give the power to law enforcement to search and seize any person’s computer/electronic devices, anywhere in the world without any cause, since the cause is so broad that anyone using a computer would fall under as such. Make no mistake – this ambiguous wording is intentional. Understanding the importance of unambiguous wording is supposed to be the core part of a judge’s job. This is the same Chief Justice that fudged President Obama’s Presidential Oath of Office back in 2013. Messing up 2 out of 35 words of an oath that every judge has probably practiced in front of the mirror countless times, just has to be intentional. Like I said, the ambiguous wording in the Rule 41 update is there to be abused.

Illegal Search and Seizure On Your Computer

Judges, by the very nature of this “update” to Rule 41, will grant warrants on foreign targets, not to mention US citizens that have US constitutional rights. Illegal search and seizure is protected against by countries around the world. Usually, they’re protecting their citizens (or offering a semblance of recourse for after the fact) from illegal search and seizure from the citizen’s own government. The fact of the matter is that most countries can’t and/or won’t protect their own citizens from this probing by all the American three letter agencies.

Basic applications of the 4th amendment have been tested again and again in states across the Union. Due process is stressed when law enforcement does their work because many, many criminals have walked free because overzealous LE mishandled evidence or acquired evidence by illegal means. More common than not, the initial seizure of the citizen in question, which even a brief detainment counts as, needs to be justified. This is why you don’t need to provide your driver’s license to border patrol checkpoints, though it’s always a hoot to explain constitutional law to government employees. There are only a few people in the country that have tried to stand against this age-old test of America’s freedom, and Chief Justice John Roberts is one of them. In oral arguments for Utah v Strieff, Roberts revealed that he didn’t believe that allowing police to detain (seize the person of) anybody for no reason would be fine. Since the search that follows a legal detainment (say of an arrestee’s pockets where a pipe is found) is perfectly legal for the officer to do, since he or she needs to look for weapons… Evidence from such a ridiculous search and seizure should be allowable.

It is not really a surprise that Chief Justice Roberts has brought his backwards and provincial views on privacy, search and seizure, and the US Constitution to the Internet Age. What ever happened to innocent until proven guilty? Don’t fuck the internet up.